What Is It, Symptoms, Management, and More

Schmorl’s node refers to a type of spinal disc herniation, involving the protrusion of the soft tissue of the intervertebral disc into the adjacent vertebrae.

The vertebral column, also known as the spinal column or spine, is made up of a series of small bones called vertebrae, each separated from the next by an intervertebral disc, which is a piece of fibrous cartilage that acts as a shock absorber. Each disc is composed of two parts: a firm but flexible outer fibrous ring and an inner gel-like center called the nucleus pulposus. In between the intervertebral disc and the upper and lower surfaces of the vertebrae lie the vertebral endplates, which separate the bone from the disc itself and prevent it from bulging out into the adjacent vertebrae.

Although Schmorl’s nodes can develop anywhere on the spinal column, they primarily occur on the upper lumbar spine. The nodes typically affect the lower, or inferior, endplate of thoracic vertebrae and the upper, or superior, endplate of lumbar vertebrae. 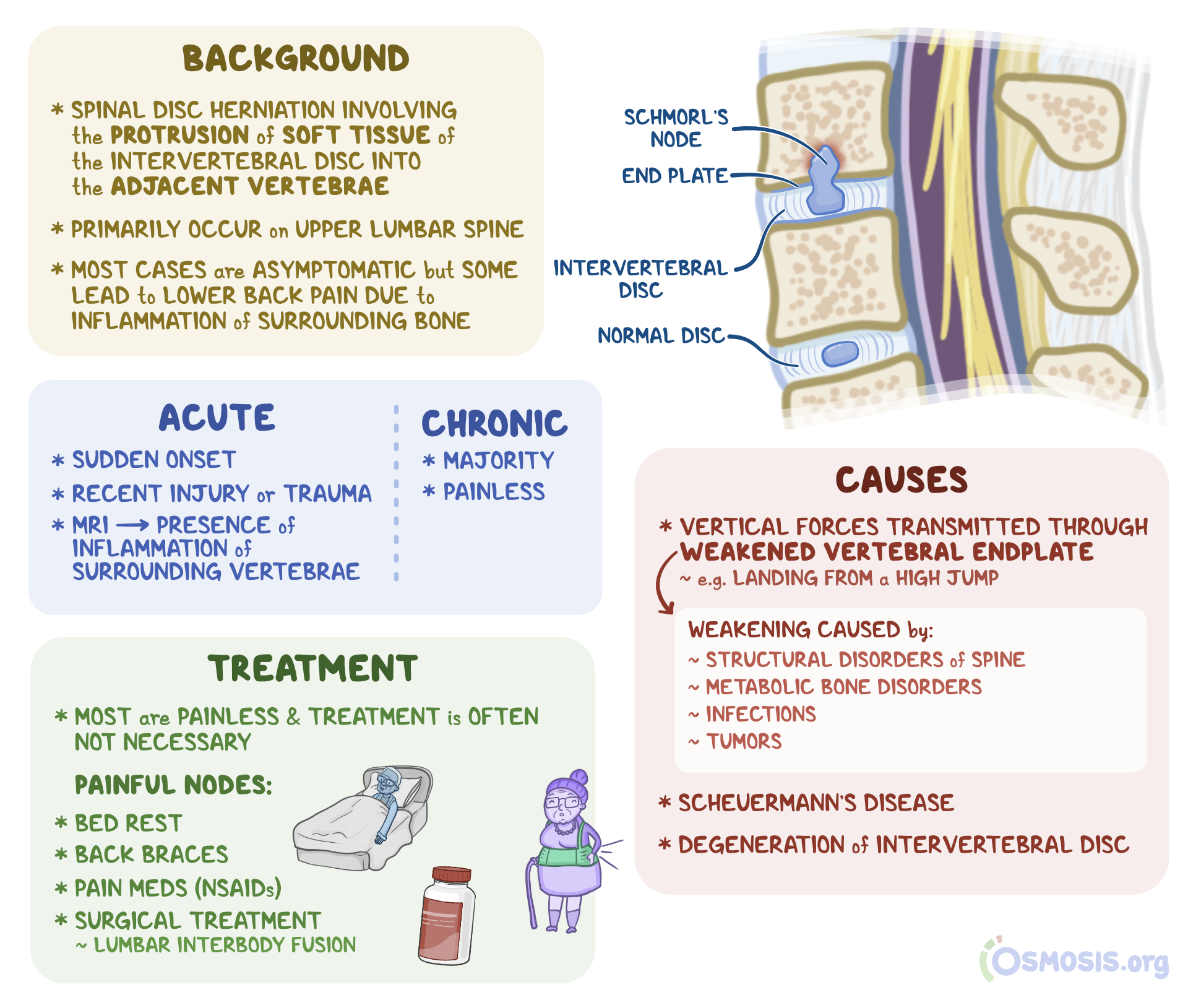 How common is Schmorl's node?

Schmorl’s nodes are fairly common in the general population, affecting both young and older individuals. Their clinical significance is still not clear, but several studies suggest they could be indicative of the natural degeneration of the spine that occurs over time.

What is Schmorl's node caused by?

The exact cause of Schmorl’s node is not completely understood. However, it is thought that some Schmorl’s nodes may occur when vertical forces (e.g., walking, standing straight, landing from a high jump, etc.) are transmitted through a weakened vertebral endplate, causing the protrusion of the intervertebral disc. There are several factors that can contribute to the weakening of the vertebral endplate, including structural disorders of the spine, metabolic bone disorders (e.g., osteoporosis), infections, and tumors. In young individuals, Schmorl’s nodes may appear as a result of juvenile kyphosis (also known as Scheuermann’s disease), a condition in which the vertebrae get structurally deformed and become wedge-shaped for an unclear reason.

In addition, degeneration of the intervertebral disc, caused by advanced age or repeated spinal trauma, can also increase the risk of developing Schmorl’s nodes, even in the absence of a weakened vertebral endplate.

What are the signs and symptoms of Schmorl's node?

In general, Schmorl’s nodes are asymptomatic, meaning they do not present with any symptoms. In fact, most individuals are not aware they have a Schmorl’s node. The nodes are often discovered incidentally on imaging studies (e.g., X-ray, CT scan, or MRI) performed for other medical concerns.

Schmorl’s nodes are typically painless, but they sometimes may lead to lower back pain due to inflammation or swelling of the surrounding vertebral bone. More rarely, Schmorl’s nodes can become infected or cause irritation of the nerves that run down the spine, which may lead to pain radiating down the leg, numbness, or muscle weakness.

How is Schmorl's node diagnosed?

What is the difference between acute and chronic Schmorl's node?

The majority of nodes found within the general population are chronic, or long-lasting. Chronic Schmorl’s nodes are usually painless and located in otherwise healthy vertebrae. On the other hand, acute Schmorl’s nodes have a sudden onset and are often related to a recent trauma or injury. Acute Schmorl’s nodes can be distinguished from chronic Scmorl’s nodes on an MRI by the presence of inflammation of the surrounding vertebral bone.

How is Schmorl's node treated?

Since most Schmorl’s nodes are painless, treatment is often not necessary. Painful Schmorl’s nodes, on the other hand, can be treated conservatively with bed rest, back braces, and pain medications, such as non-steroidal anti-inflammatory drugs (NSAIDs) or acetaminophen.

If conservative treatment is not effective, surgical treatment can be performed to remove the damaged disc and relieve the pain. One such treatment is lumbar interbody fusion, in which the damaged intervertebral disc is removed and replaced with a bone graft. The bone graft restores the height between the two vertebrae and acts as a bridge to promote their fusion into a single bone. In some cases, additional instrumentation, such as metal plates and screws, may be used to provide more stability during the vertebral fusion.

What are the most important facts to know about Schmorl's node?

Bones of the vertebral column 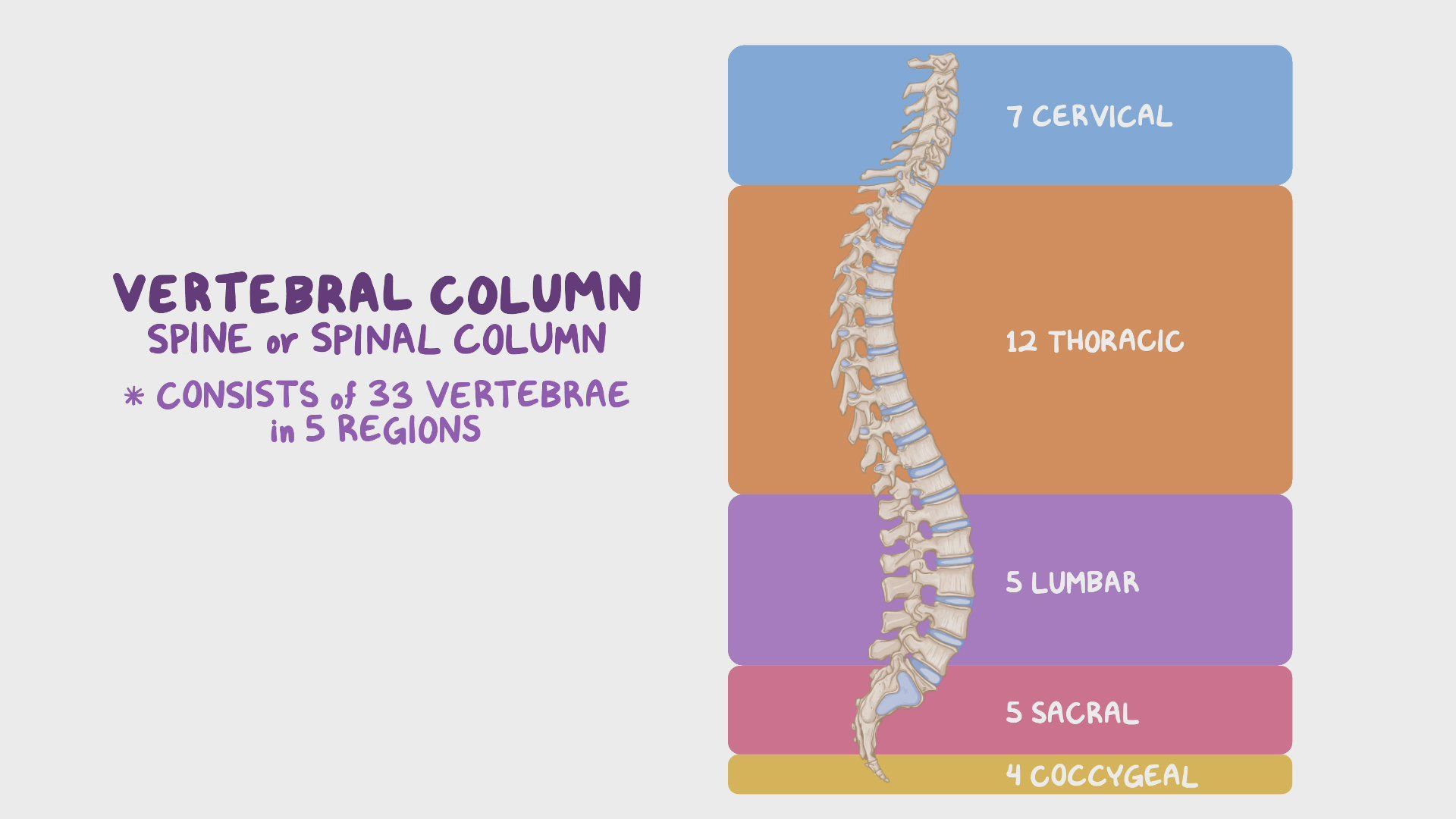 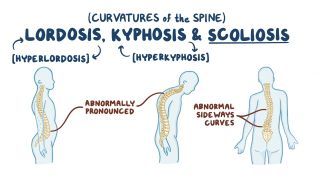 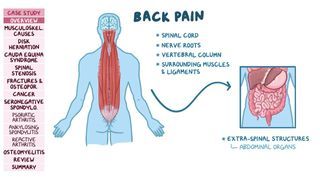 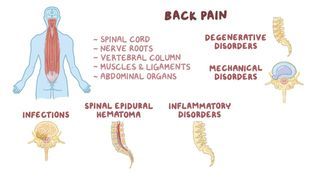 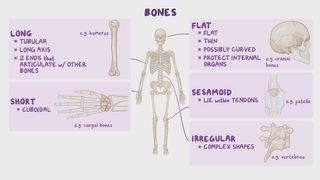