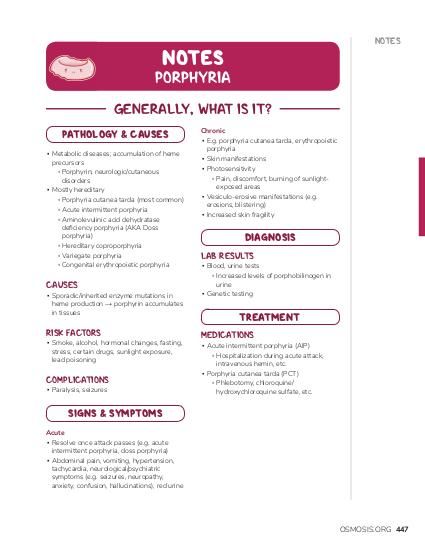 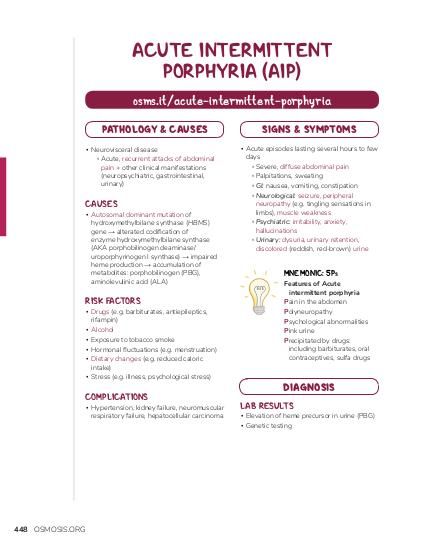 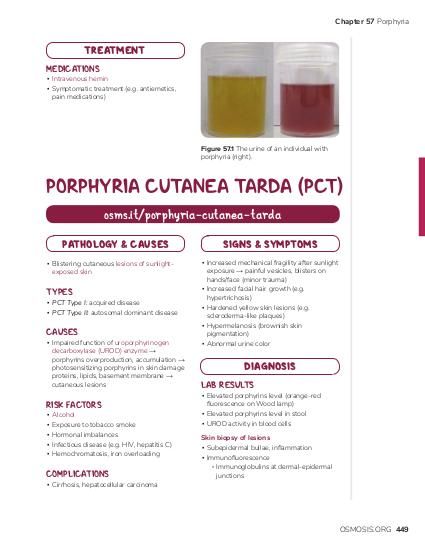 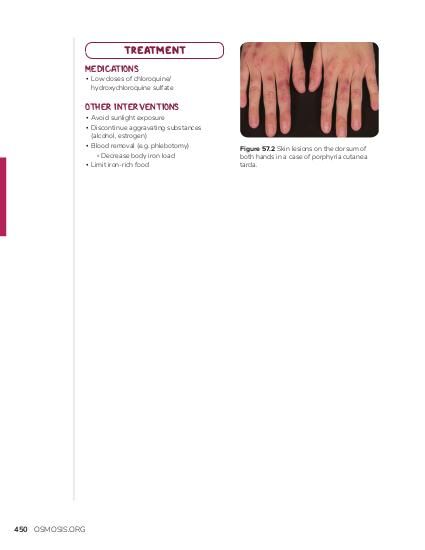 are the treatments for acute intermittent porphyria as they inhibit delta-aminolevulinic acid synthase, the first enzyme involved in heme synthesis.

A 48-year-old man comes to the emergency department because of recurrent abdominal pain and vomiting, which he has had for over 7 years. His wife says that lately, all he does is complain about the pain, and that he is very anxious and paranoid. She also says that he abuses alcohol, and that he finished four glasses of vodka right before coming to the emergency department. She worries because he’s becoming more and more like his father who had similar symptoms and habits. Physical examination shows multiple scars in the abdomen from exploratory laparotomies that he has had in the past to investigate his long-standing abdominal pain. His temperature is 36.5°C (97.7°F), pulse is 118/min, respirations are 17/min, and blood pressure is 138/70 mm Hg. Laboratory studies show no abnormalities. Assuming that there is an underlying metabolic cause for this condition, which of the following enzymes is most likely affected? 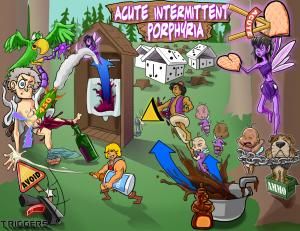 Acute intermittent porphyria is a rare autosomal dominant disorder that belongs to a family of disorders called porphyria.

These disorders all affect the production of heme which is a major component of red blood cells.

Now, heme synthesis is also called porphyrin synthesis and when halted, it result in the buildup of one of its precursors molecules.

In order to better understand acute intermittent porphyria, we need to first take a look at hemoglobin, the main protein within red blood cells that’s responsible for carrying oxygen.

In the middle, there an ionically bond iron 2+ and the iron is what binds to and carries the oxygen molecule.

It begins in the mitochondria where succinyl CoA binds to glycine via delta-ALA synthase to produce delta-aminolevulinic acid, or ALA.

Lastly, an iron molecule is added to protoporphyrin IX via the enzyme ferrochelatase, and viola! We got ourselves a completed heme!

So, the porphyria disorders occur when one of the enzymes in the heme synthesis pathway is deficient, which causes a decrease in heme synthesis and a buildup of metabolites formed in the earlier steps of the pathway.

Now individuals with acute intermittent porphyria have a mutation of the HMBS gene which codes for the enzyme porphobilinogen deaminase.

Without this enzyme, porphobilinogen cannot be converted to hydroxymethylbilane and the heme synthesis pathway can’t continue.

Furthermore, it causes the buildup of the earlier metabolites like porphobilinogen and aminolevulinic acid, which can be toxic to the body.

The majority of individuals with the HMBS gene mutation and a deficiency of porphobilinogen deaminase are asymptomatic.