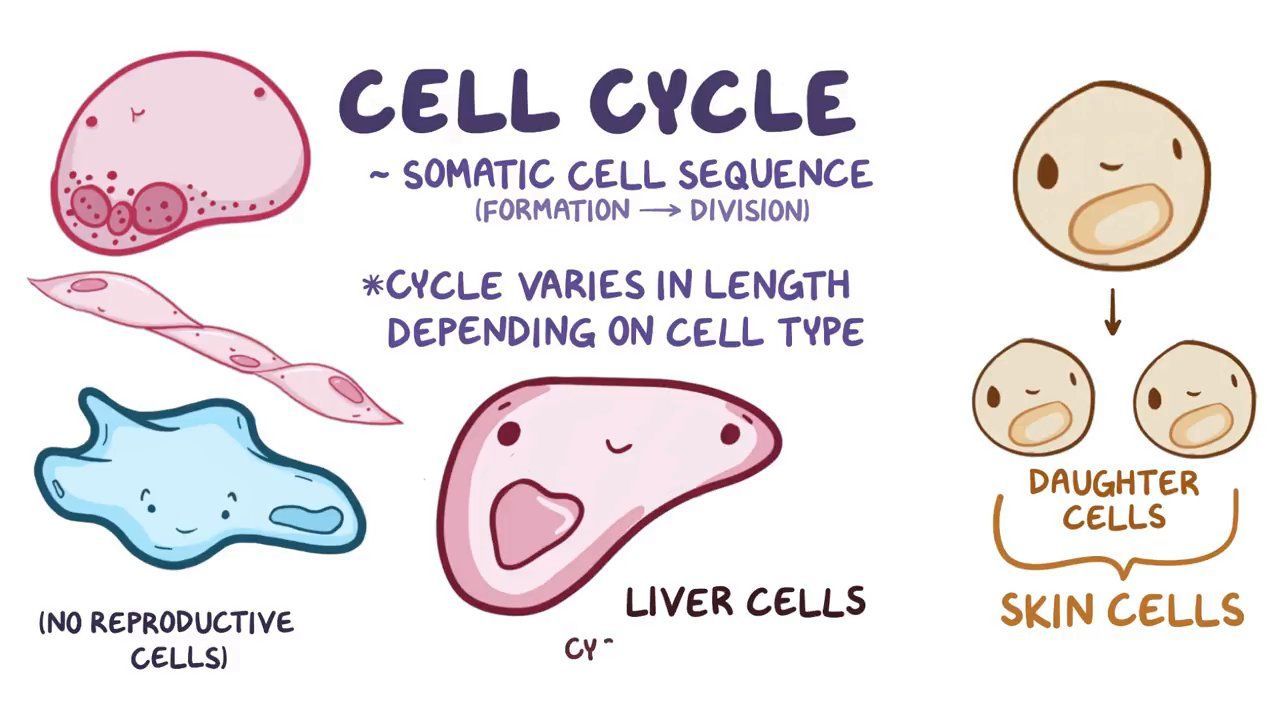 Independent assortment of genes and linkage

The phase of the cell cycle involves DNA and histone synthesis. 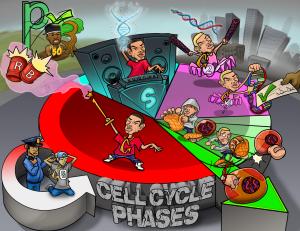 The cell cycle refers to the events that somatic cells - which includes all of the cells in our bodies except the reproductive cells - go through from the moment they’re formed until the moment they divide in two identical daughter cells.

This cycle varies in length depending on the type of cell - for rapidly dividing cells, like skin cells, it takes less than a day, whereas for other cells, like liver cells, the cell cycle can last years.

The cell cycle has two phases: interphase, and mitosis.

Interphase the longest part of the cell cycle, and it’s a state of preparation, during which the cell carries out its cell functions, grows and replicates its DNA to prepare for mitosis - or cellular division.

After a parent cell divides, each of the two daughter cells enter interphase again.

Now, interphase can further be broken down in three subphases: G1, S, and G2. G1 stands for “gap” or “growth” 1, and it’s the longest phase of the cell cycle.

During G1, the cell mostly grows and the organelles take care of regular cellular business - like the synthesizing proteins and producing energy.

Inside the cell nucleus, there’s our DNA, organized as chromosomes - and during G1, each chromosome is made up of a single, thin spaghetti of DNA, called a chromatid.

At the end of G1, there’s a cell cycle control point called the G1 checkpoint - where the cell checks to see if the DNA is not damaged, and it synthesized the right proteins in the correct amount.

If it turns out that there is any reason for the cell not to divide - such as DNA damage, things can go one of two ways: the cell can either enter a non-dividing state, called the G0 phase, where the DNA repair mechanisms try to fix the problem, or the cell can self-destruct in a process called apoptosis.

Now, if the cell does get the go-ahead at the G1 checkpoint, it enters the S phase. S stands for “synthesis”, because during this phase, DNA is replicated, so that each daughter cell receives identical copies of the genetic material.

So for each chromosome from G1, an identical copy is created.

This happens with the help of a number of proteins, both structural proteins and enzymes, as well as energy.

Now, just to be clear - this doesn’t mean that the number of chromosomes increases - human somatic cells have 46 chromosomes throughout the cell cycle.

However, the amount of DNA they have - and, in turn, their aspect - changes throughout the cell cycle.

So each chromosome enters the S phase with a single copy of the genetic information, called a chromatid.

During replication, each chromatid is copied and pasted, so the amount of DNA doubles up.

The two resulting chromatids are identical to each other and to the original genetic template, and they join together in the center in a region called the centromere - - but they still make up a single chromosome.

Even after synthesizing copies of the DNA, the cell still has to duplicate organelles so that there are enough for both daughter cells.

In fact, by the end of G2, the cell looks like a big balloon of cytoplasm and organelles, just waiting to split.