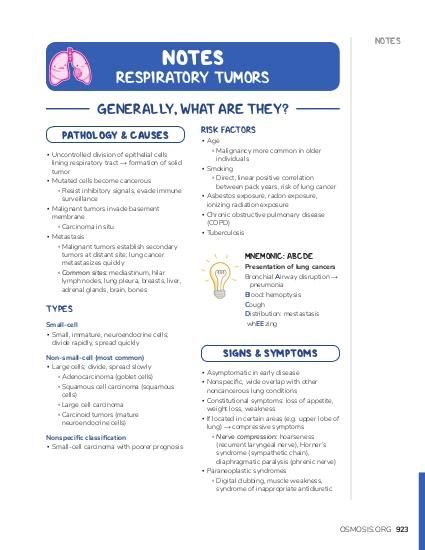 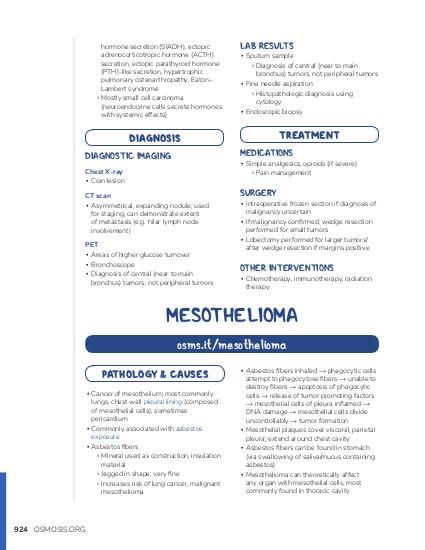 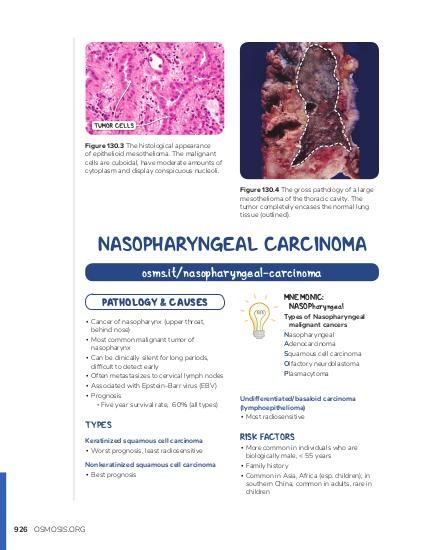 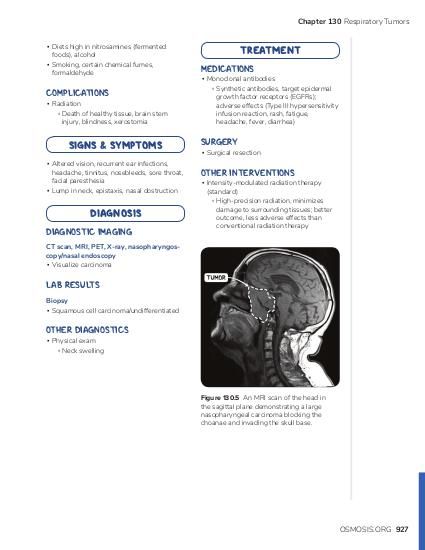 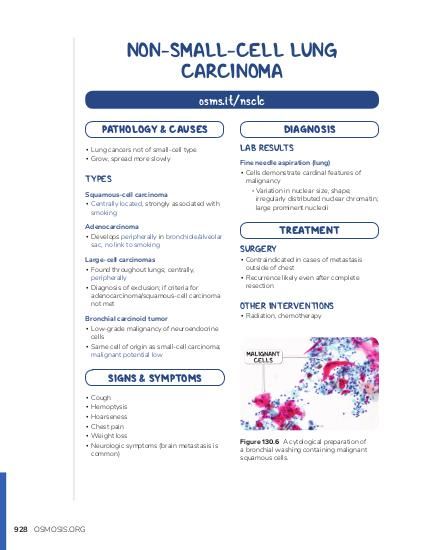 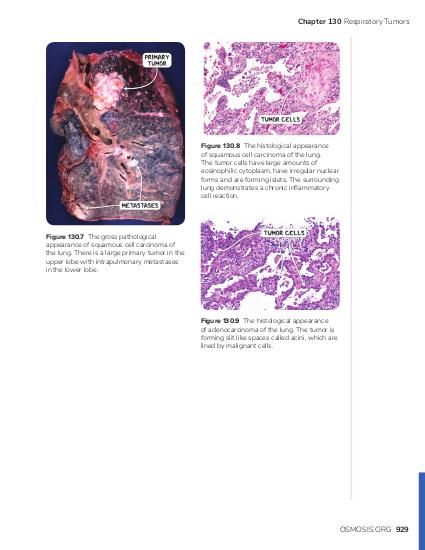 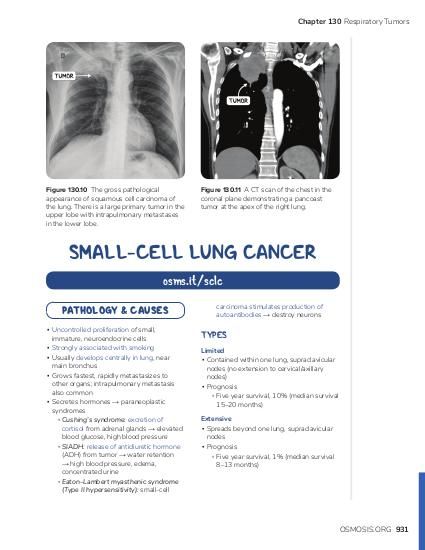 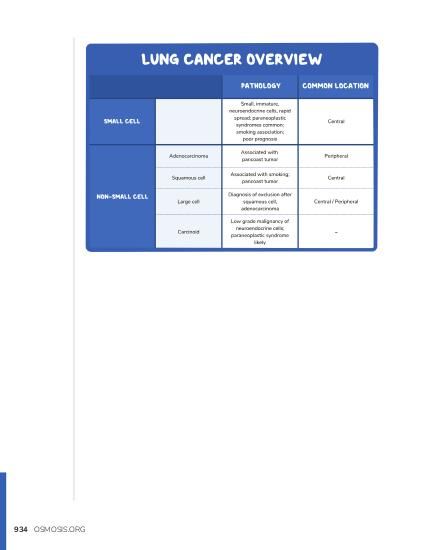 A 57-year-old man comes to the emergency department because of dyspnea upon exertion, neck swelling, decreased appetite, and fatigue. Physical examination shows a pulse of 118/min, respirations are 18/min, a positive Pemberton sign, and superficial vascular distention over the neck, chest, and upper abdomen. The patient also reports unintentional weight loss for the past 3 months and a smoking history of 35 packs/year. A CT scan is conducted and is shown below.
Based on these clinical findings, which of the following conditions is the most likely diagnosis? 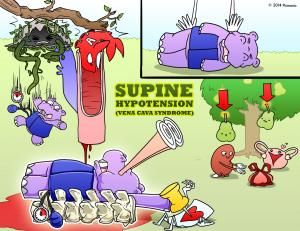 The superior vena cava is a short and wide vein on the right side of the chest that drains blood from the head, upper body and both arms, and delivers all of that blood to the right atrium of the heart.

The most common type of cancer that does this is a lung cancer, and when it’s located in the apex of the right lung near the superior vena cava, it’s given the name Pancoast tumor - after Dr. Henry Pancoast who first described them.

Also in that area, though, you’ve got a bunch of lymph nodes, and another possible cause of SVC syndrome a tumor of the lymph nodes, which would could lead to compression of the SVC.

This could be lymphomas – or primary cancers of the lymph node - cause superior vena cava syndrome, or secondary and have spread from somewhere else, like the lungs.

Apart from tumors, the superior vena cava can also get obstructed if a blood clot or thrombosis forms within it. This most often develops in individuals who have a long-term device like an indwelling central venous catheter.

Regardless of the cause, when the superior vena cava gets obstructed, behind the obstruction you’ll get an increase in venous pressure.

When this happens, blood starts to get re-routed through different blood vessels, essentially draining into the inferior vena cava, which also drains into the right atrium.

These are now called collateral blood vessels, and are essentially alternate routes.

If the blockage is low enough, it could be through the azygos system, but also other options are the internal mammary, lateral thoracic, and esophageal venous systems.

Over the course of a few weeks, these collateral veins dilate, after which point the venous pressure decreases a bit, but still remains higher than normal, even after the collaterals have dilated fully.

A decrease in venous return of blood to the heart, means that less blood is getting pumped to the lungs, leaving individuals feeling short of breath.

Meanwhile, the backup of venous blood and venous stasis gives individuals a flushed appearance and swollen neck and chest veins.