What Is It, Causes, Signs, Symptoms, and More

Vasoconstriction is the narrowing of blood vessels, typically when the muscles of blood vessel walls become constricted, causing the vessel lumen to become smaller. Vasoconstriction can be a reaction to cold, stress, cigarette smoking, medications, or underlying medical conditions, such as the Raynaud phenomenon. 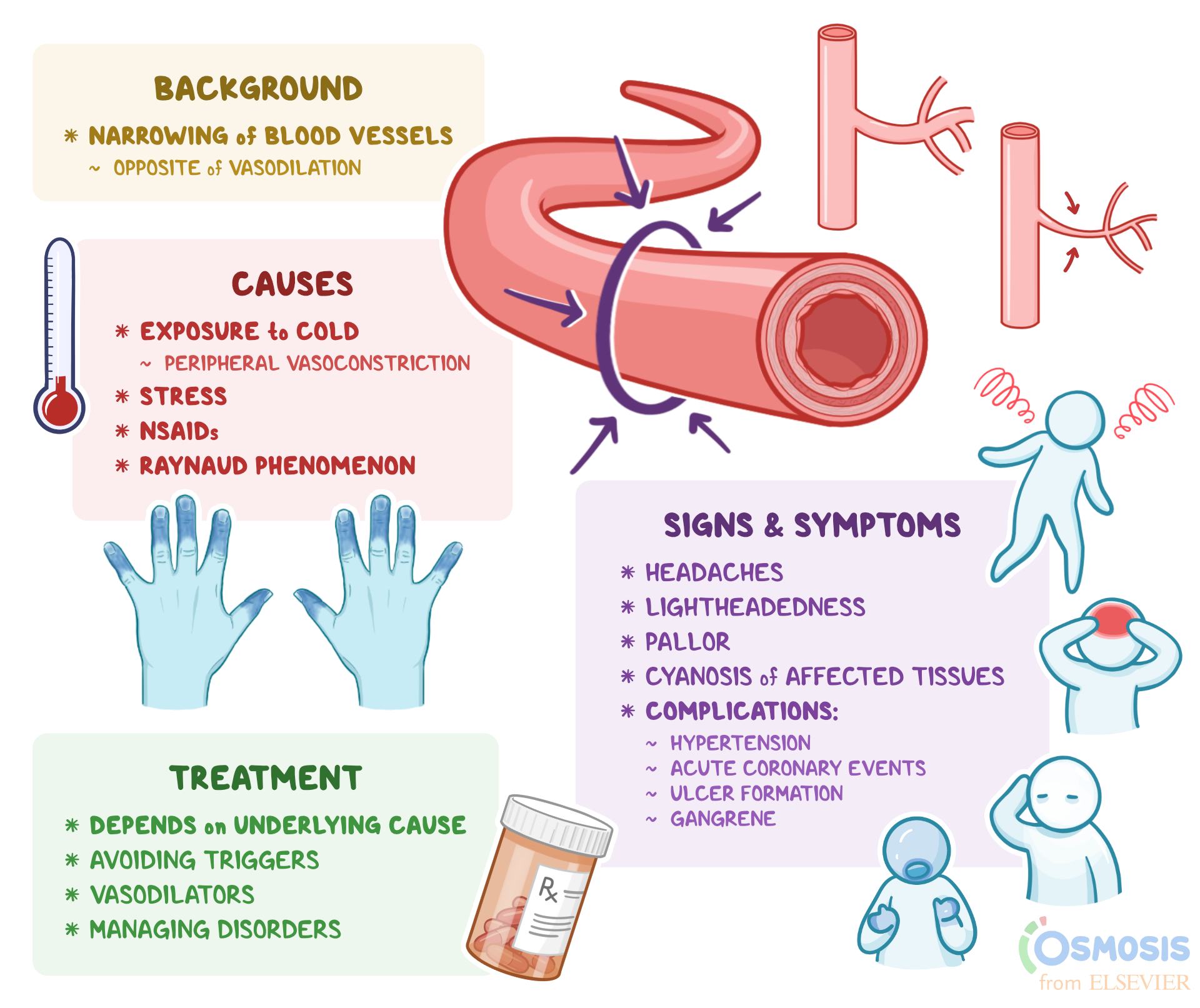 How does vasoconstriction differ from vasodilation?

Vasoconstriction is the opposite of vasodilation. When vasodilation occurs, the blood vessel lumens become larger as the muscles of the blood vessel walls dilate, causing the lumen to widen. The human body keeps these two mechanisms in balance to ensure that blood flows at the correct speed and in the proper amounts.

What is peripheral vasoconstriction?

Various conditions can cause vasoconstriction, including exposure to cold, as previously mentioned, and in times of stress, where the body produces stress hormones (e.g., norepinephrine) that narrow blood vessels. Cigarette smoking can also tighten blood vessels due to its vasoconstrictive substances, such as nicotine, which binds to receptors on the surface of the muscles in blood vessel walls stimulating their contraction.

Additionally, vasoconstriction can result from using certain medications, such as nasal decongestants (e.g., pseudoephedrine), which constrict nasal vessels, causing decongestion of the nasal mucosa; as well as nonsteroidal anti-inflammatory drugs (NSAIDs), which are used for a variety of inflammatory conditions, including arthritis and the common cold. Moreover, vasoconstriction can be a sign of an underlying medical condition, like the Raynaud phenomenon, which is a condition characterized by vasoconstriction of arterioles, or small arteries, near the skin. This condition most often affects the fingers and toes, which changes the color of the affected digits to white, blue, and red. The most common triggers for Raynaud phenomenon are emotional stress and exposure to cold temperatures. Raynaud phenomenon can be primary (i.e., occur on its own) or secondary to other diseases, including connective tissue disorders (e.g., systemic lupus erythematosus and scleroderma), as well as vasculitides, such as Buerger disease and Takayasu arteritis.

What are the signs and symptoms of vasoconstriction?

weakness. Additionally, as less blood passes through constricted blood vessels, less blood is delivered to the skin, causing pallor, which may appear white, and over time, cyanosis, which typically presents as blue.

How is vasoconstriction treated?

What are the most important facts to know about vasoconstriction?

Vasoconstriction is the narrowing of the blood vessels, which is the opposite of vasodilation. Causes of vasoconstriction include exposure to cold which leads to peripheral vasoconstriction; stress; smoking; medications like NSAIDs; and Raynaud phenomenon. Signs and symptoms may include headaches, lightheadedness, pallor, and cyanosis of the affected tissues, while complications may include hypertension, acute coronary events, formation of ulcers, and gangrene. Treatment depends on the underlying cause and involves avoidance of triggers, using vasodilators, and managing disorders.

Quiz yourself on Vasoconstriction 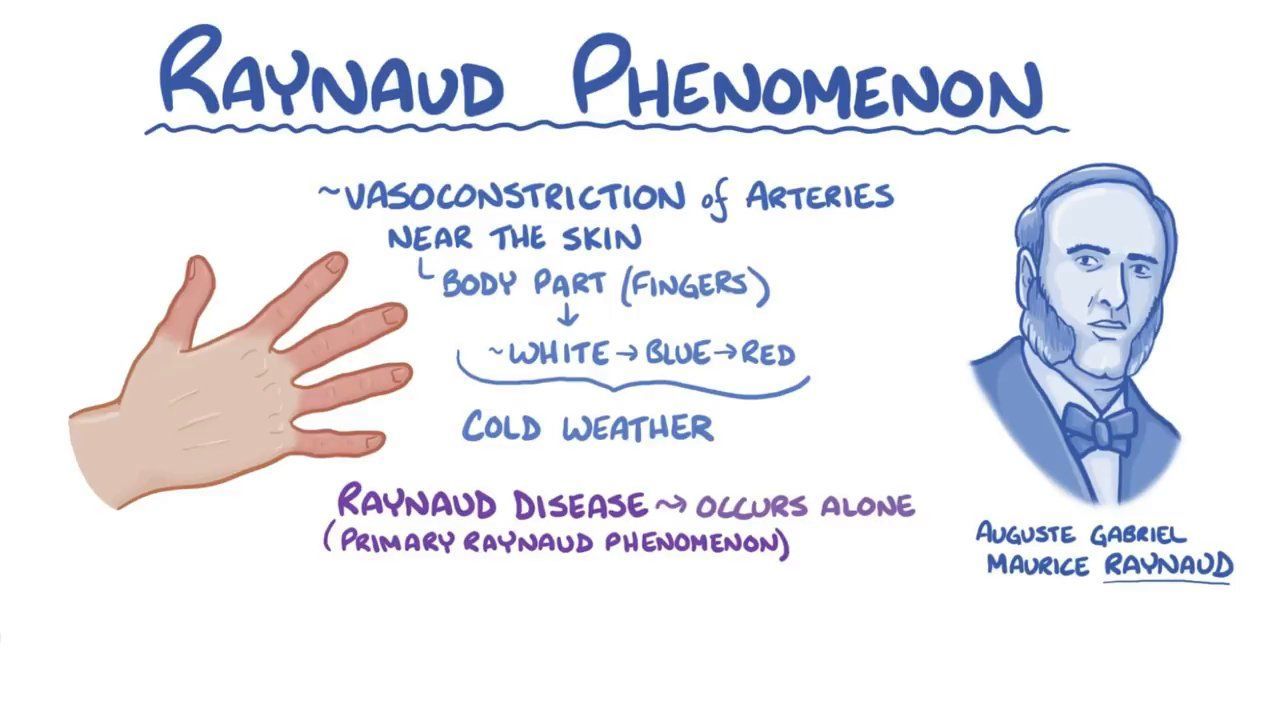 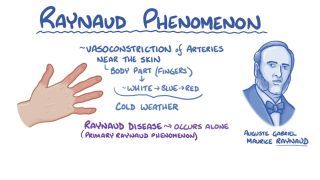