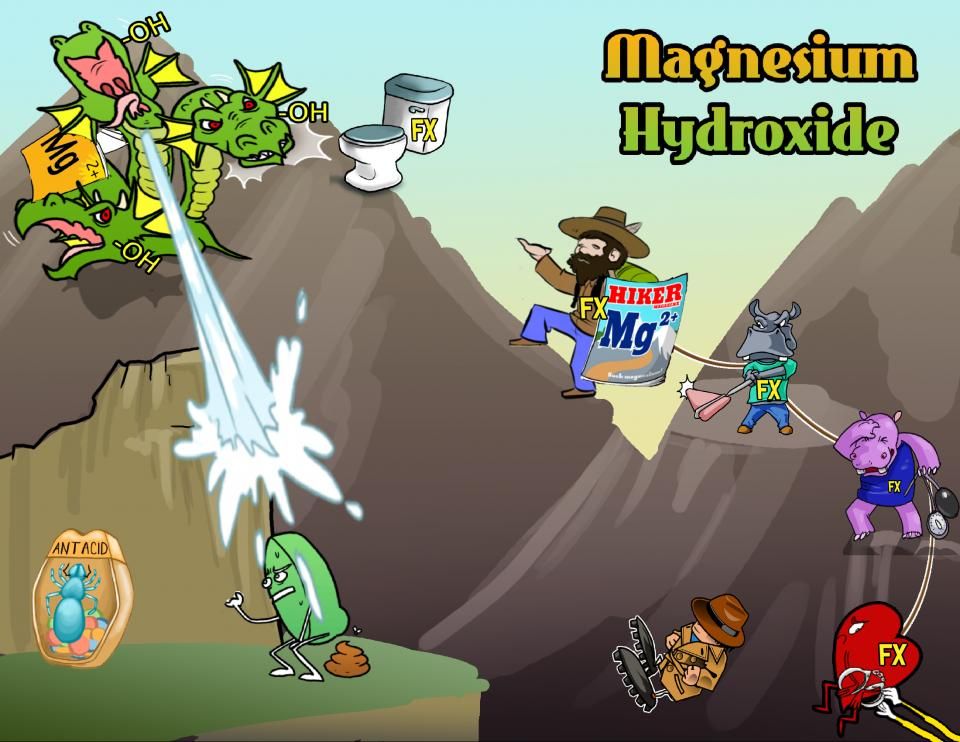 Laxatives are a group of medications that help the passage of stool, and are used to relieve constipation. Now, based on their mechanism of action, laxatives can be broadly divided into four main groups: osmotic laxatives, stimulant laxatives, bulk-forming agents, and emollients or stool softeners.

Most of these medications are taken orally, but some of them can also be given rectally in the form of enemas or suppositories, to cleanse the bowels before procedures like colonoscopies or surgeries.

Starting with osmotic laxatives, these include saline laxatives, such as magnesium hydroxide, magnesium citrate, and sodium phosphate salts; and indigestible sugars and alcohols, like lactulose and polyethylene glycol.

Both saline laxatives and indigestible sugars and alcohols are not well absorbed or digested, so they draw more water out of the intestinal cells and into the lumen via osmosis.

This increases intestinal motility, called peristalsis, which pushes the stool through the gastrointestinal tract and also helps mix the stool with water.

Moving on to bulk-forming agents, these include methylcellulose, polycarbophil, and psyllium. Now, these medications can’t be digested by the enzymes in our gastrointestinal tract, so they remain in the intestinal lumen and end up getting incorporated into the stool.

As a result, bulk-forming agents work by drawing in more water, making the stool swell up into a soft, bulky mass, which is easier to pass, while also stimulating peristalsis.

Next are stimulant laxatives like bisacodyl, and senna. These medications are also known as irritant laxatives, since they work by irritating the nerve endings in the large intestinal walls.

Finally, emollient laxatives or stool softeners mainly include docusate, are more effective in preventing rather than treating constipation.

Docusate is a surfactant, which means it has a hydrophilic head that’s water-soluble, and a hydrophobic tail that’s water-insoluble, so it sticks out into the fat and lipids.

Okay, now each group of laxatives has its own set of side effects. With osmotic laxatives, the most common ones are diarrhea and fluid loss, which can lead to dehydration and electrolyte disturbances, and severe cases may result in arrhythmias.

In addition, as a boxed warning, clients who use sodium phosphate for colon cleansing before colonoscopy may develop acute phosphate nephropathy.

On the other hand, lactulose may result in cramping, bloating, and flatulence, due to the production of methane by the bacteria that feed on the osmotic laxatives.

Reddish-brown urine may also be observed due to the excretion of senna in the urine. In some cases, senna can also lead to melanosis coli, which is an asymptomatic dark discoloration of the colon wall that is reversible when the medication is stopped.

Finally, stool softeners may result in side effects like nausea, vomiting, abdominal cramping, and diarrhea. In terms of contraindications, laxatives are not recommended for routine use.

In addition, all laxatives should be avoided if intestinal obstruction is suspected, as they could worsen it. As far as specific contraindications go, saline laxatives are contraindicated in clients with renal or hepatic impairment, as well as cardiac conditions.

Clients with diabetes mellitus should also avoid indigestible sugars and alcohols like lactulose, as it may affect their blood glucose levels. Finally, stimulant laxatives should also be avoided in clients with severe abdominal pain, nausea, or vomiting.

Alright, if your client is prescribed a laxative, first ask them about the onset and duration of their constipation, the presence of flatus and any related symptoms like nausea, abdominal pain or bloating.

Also ask about their normal elimination pattern, including stool frequency, characteristics, and if they ever have to strain when having a bowel movement.