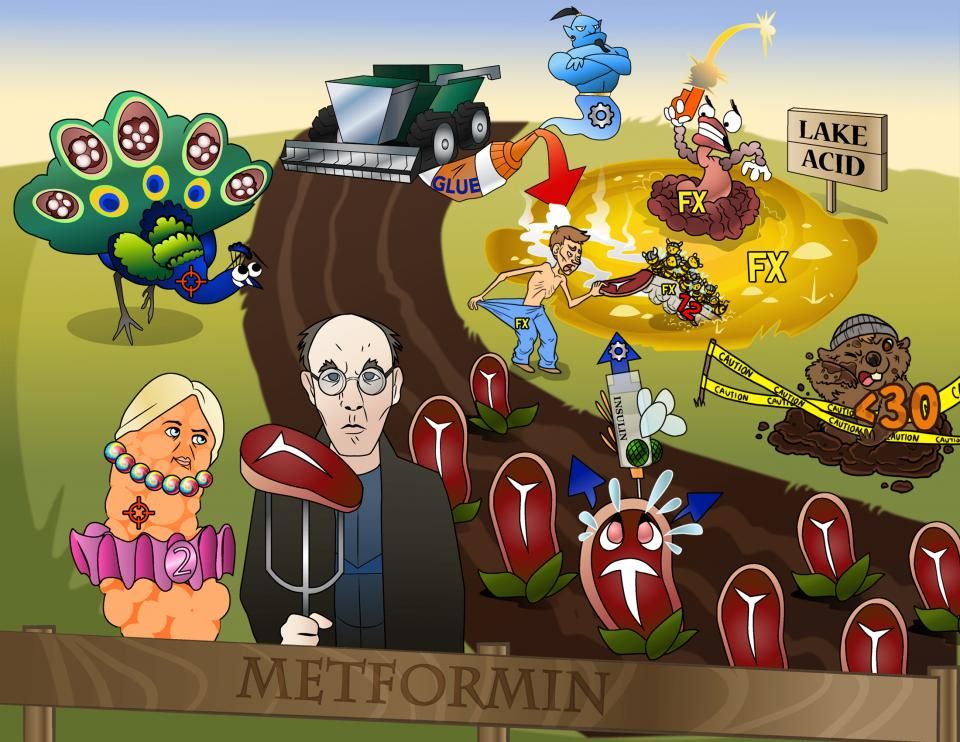 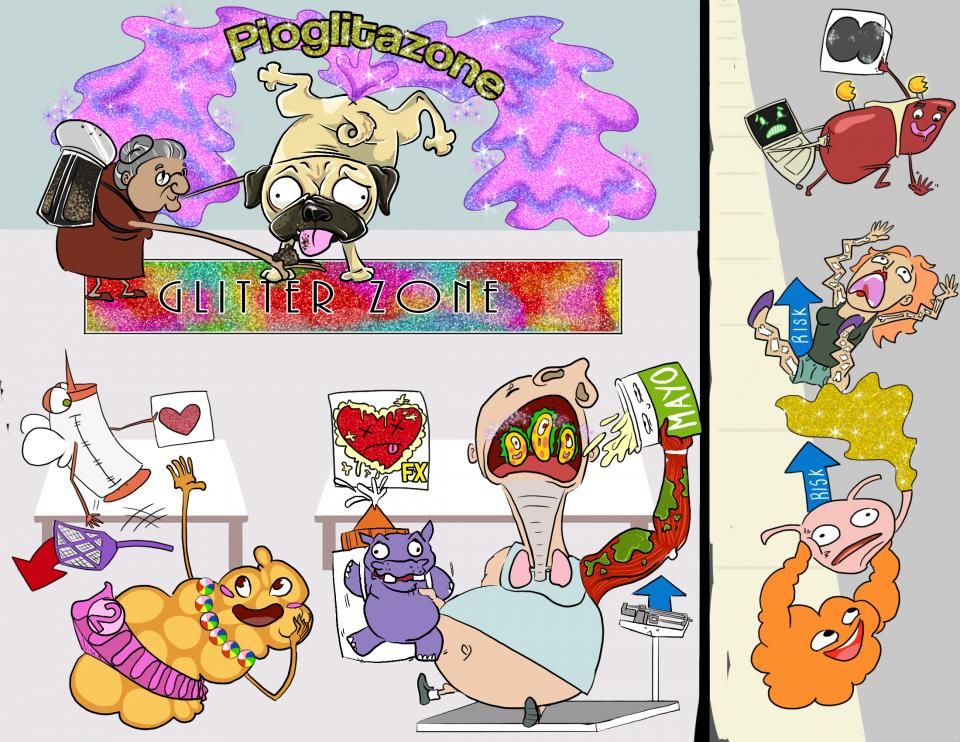 Biguanides and thiazolidinediones are medications primarily used to treat type 2 diabetes mellitus. Type 2 diabetes is characterized by insulin resistance, which is when tissue cells have trouble responding to insulin in order to use glucose from the blood.

Once administered, they decrease insulin resistance by increasing insulin sensitivity, and thus, the uptake of glucose by muscle and fat cells.

In addition, these medications inhibit gluconeogenesis, or glucose production in the liver. The combination of these two mechanisms ultimately leads to a decrease in blood glucose.

Alright, now the good news about biguanides and thiazolidinediones is that they never cause hypoglycemia when used alone as monotherapy.

However, both groups have several other side effects. Clients taking biguanides can often present with gastrointestinal disturbances, such as anorexia, nausea, vomiting, and diarrhea.

In addition, they might experience dizziness, fatigue, and a characteristic bitter or metallic taste. As a boxed warning, biguanides can lead to lactic acidosis, which can be a life-threatening complication.

Lastly, prolonged use of biguanides decreases absorption of vitamin B12 and folic acid, which can cause deficiency.

On the other hand, thiazolidinediones can increase the risk of fractures, and can also lead to bladder cancer.

As far as contraindications go, both biguanides and thiazolidinediones should not be used in clients with hepatic disease, as well as in clients experiencing diabetic acidosis or DKA, and should be used with caution in clients with type 1 diabetes mellitus as adjunct therapy to insulin.

Additional precautions include pregnancy and breastfeeding, as well as elderly clients. Finally, these medications should be used with caution in clients with thyroid, cardiopulmonary, or renal disease.

Now, biguanides in particular should also be avoided in clients with renal failure or alcoholism. Additionally, biguanides should be stopped 48 hours before and after the client undergoes radiographic contrast administration, since it increases the risk of developing acute renal failure or lactic acidosis.

On the other hand, thiazolidinediones should not be used in clients with osteoporosis, polycystic ovary syndrome, and bladder cancer or secondary malignancy.