What It Is, Causes, Diagnosis, Treatment, and More

What is meconium ileus?

Meconium ileus refers to a small bowel obstruction caused by an unusually thick and sticky meconium, which is the very first stool of a newborn baby. In most cases, meconium ileus is the earliest manifestation of cystic fibrosis, a genetic condition characterized by extremely thick and viscous body secretions, along with decreased pancreatic function and frequent lung infections.

Severe cases of meconium ileus can become complicated by the rupture of the intestines, along with subsequent inflammation of the abdominal cavity (i.e. meconium peritonitis). Meconium peritonitis is a severe complication that can lead to life-threatening consequences, such as systemic infection, septic shock, and even organ failure. Therefore, meconium ileus is considered a surgical emergency that requires prompt treatment in order to avoid further complications. 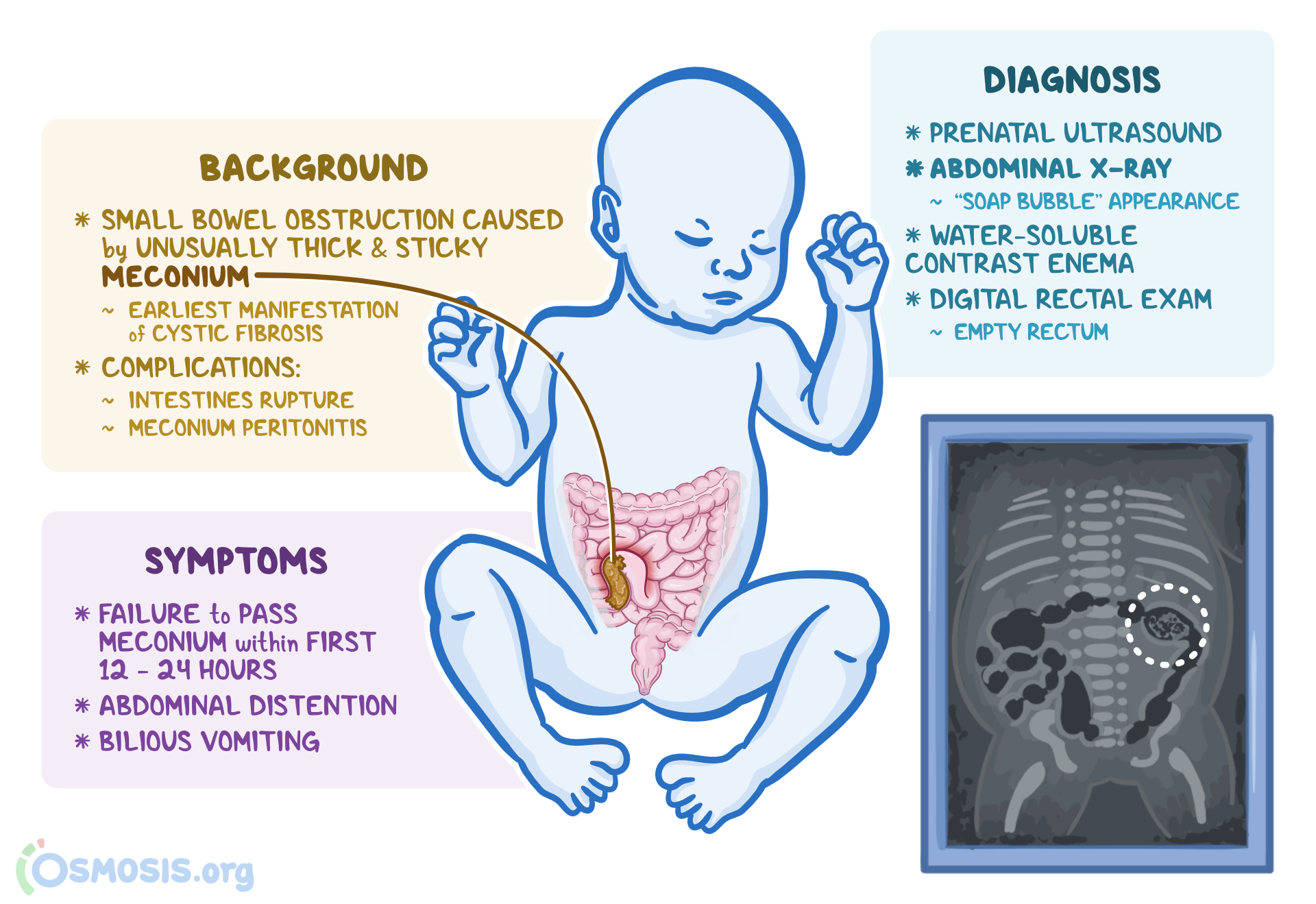 The vast majority of meconium ileus cases occur in infants with cystic fibrosis (CF). This condition is caused by a mutation in the Cystic Fibrosis Transmembrane Conductance Regulator (CFTR) gene, which regulates the production of the CFTR protein, responsible for maintaining the balance of water and salt on many surfaces of the body.

Normally, the CFTR protein pumps chloride ions out into the thick mucus of the digestive and respiratory tracts, which helps pull water into the mucus to make it less viscous. When the CFTR protein isn’t working properly, chloride becomes trapped inside the cell, preventing water from thinning out the body’s secretions. As a result, the mucus secreted by these cells is unusually thick and sticky. This mucus builds up and obstructs the organs where it is secreted. In newborns with CF, the meconium can become so thick that it becomes stuck in the final part of the small intestine, also known as the terminal ileum, causing a blockage in the gastrointestinal tract.

Although most cases of meconium ileus occur in infants with CF, newborns with a very low birthweight (i.e. less than 1,500 grams, or about 3.5 pounds) and those with gastrointestinal malformations may also experience meconium ileus.

What are the signs and symptoms of meconium ileus?

Infants with meconium ileus can present signs of intestinal obstruction at birth or during the first days of life. Common signs of intestinal obstruction include failure to pass meconium within the first hours of life, abdominal distention, and bilious vomiting, which occurs when the vomit has a green color due to a high bile content. In addition, infants who have developed meconium peritonitis may present abdominal tenderness and increased swelling of the abdomen, as well as signs of infection, such as fever, increased heart rate, and low blood pressure. Upon physical examination, the abdomen may appear rigid, and thickened bowel loops may be felt through the abdominal wall. Finally, a digital rectal exam may reveal an empty rectum (i.e. the final part of the large intestine, or colon) caused by the intestinal obstruction.

What happens if a baby does not pass meconium?

How is meconium ileus diagnosed?

In some cases, meconium ileus can be identified before birth through a prenatal ultrasound. However, in most cases, it is suspected when a newborn develops signs of bowel obstruction and fails to pass meconium shortly after birth, especially if there’s a family history of cystic fibrosis.

If meconium ileus is suspected, preliminary investigations include performing an abdominal X-ray to look for signs of obstruction, such as enlarged bowel loops before the blockage. Other typical findings include a characteristic “soap bubble” appearance caused by small air bubbles mixed with the meconium, as well as the absence of air-fluid levels, which are usually seen with other types of bowel obstruction. If meconium peritonitis has occurred, small meconium flecks that have been calcified, or covered in calcium, may also be seen within the abdominal cavity.

If the diagnosis is unclear, a water-soluble contrast enema can be performed to rule out other causes of neonatal bowel obstruction. With meconium ileus, a contrast enema typically shows a small, underused large intestine (i.e. a microcolon), along with impacted meconium pellets that cause contrast filling defects at the site of obstruction. These findings can help differentiate meconium ileus from meconium plug syndrome, in which a normal or dilated colon is typically seen.

Finally, infants with meconium ileus require additional tests in order to confirm the presence of cystic fibrosis. In most cases, diagnosis of cystic fibrosis can be determined by increased levels of chloride (≥ 60 mmol/L) on a sweat test, although in some cases, genetic tests may also be required.

How is meconium ileus treated?

Treatment of meconium ileus consists of relieving the small bowel obstruction through non-surgical measures, or, in some cases, with surgical treatment. Initially, a small tube, called a nasogastric tube, may be placed through the infant’s nose and into the stomach to help remove excess air and fluid and reduce the baby’s discomfort. After that, if there are no signs of bowel perforation or peritonitis, agents to help soften the thickened meconium may be mixed with the contrast enema solution to help flush out the thickened meconium.

What are the most important facts to know about meconium ileus?

Quiz yourself on Meconium Ileus 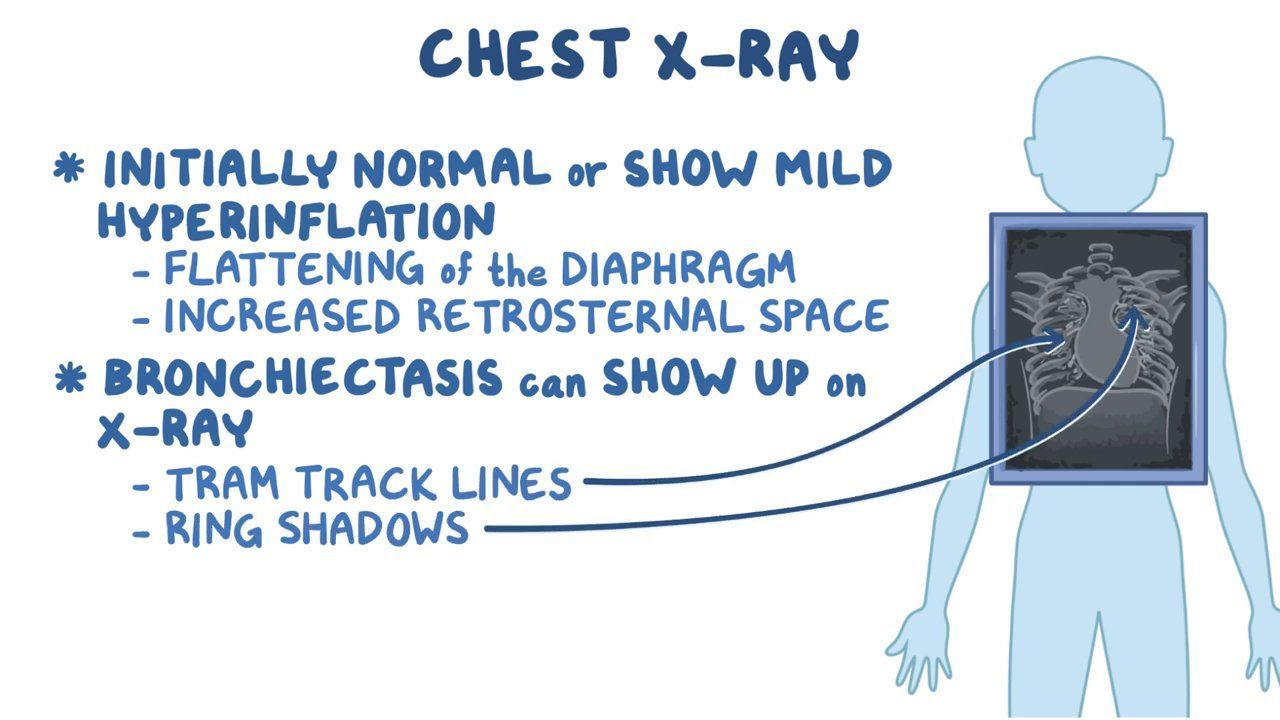 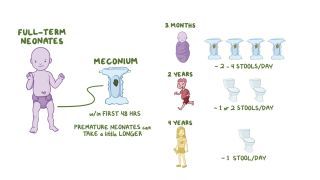 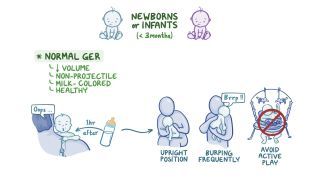