What Is It, How It Is Managed, and More

Toxemia in pregnancy, also known as preeclampsia (i.e., the preferred medical term), is a complication of pregnancy characterized by high blood pressure and signs of damage to various organs (e.g., liver or kidneys). Toxemia usually presents after 20 weeks of pregnancy or postpartum (i.e., after birth) in individuals whose blood pressure had otherwise been unconcerning.

Signs and symptoms of toxemia vary in severity and can develop gradually or abruptly.  Some individuals may not experience any symptoms of toxemia, while others may experience severe symptoms requiring hospitalization. Signs of toxemia may include a new onset of high blood pressure exceeding 140/90 mmHg, the presence of protein in the urine, and/or organ damage. Symptoms of toxemia may include headache, visual changes, nausea, and swelling of the hands, feet, or face. Severe symptoms may involve shortness of breath and loss of consciousness. Toxemia differs from gestational hypertension, another condition during pregnancy characterized by high blood pressure. 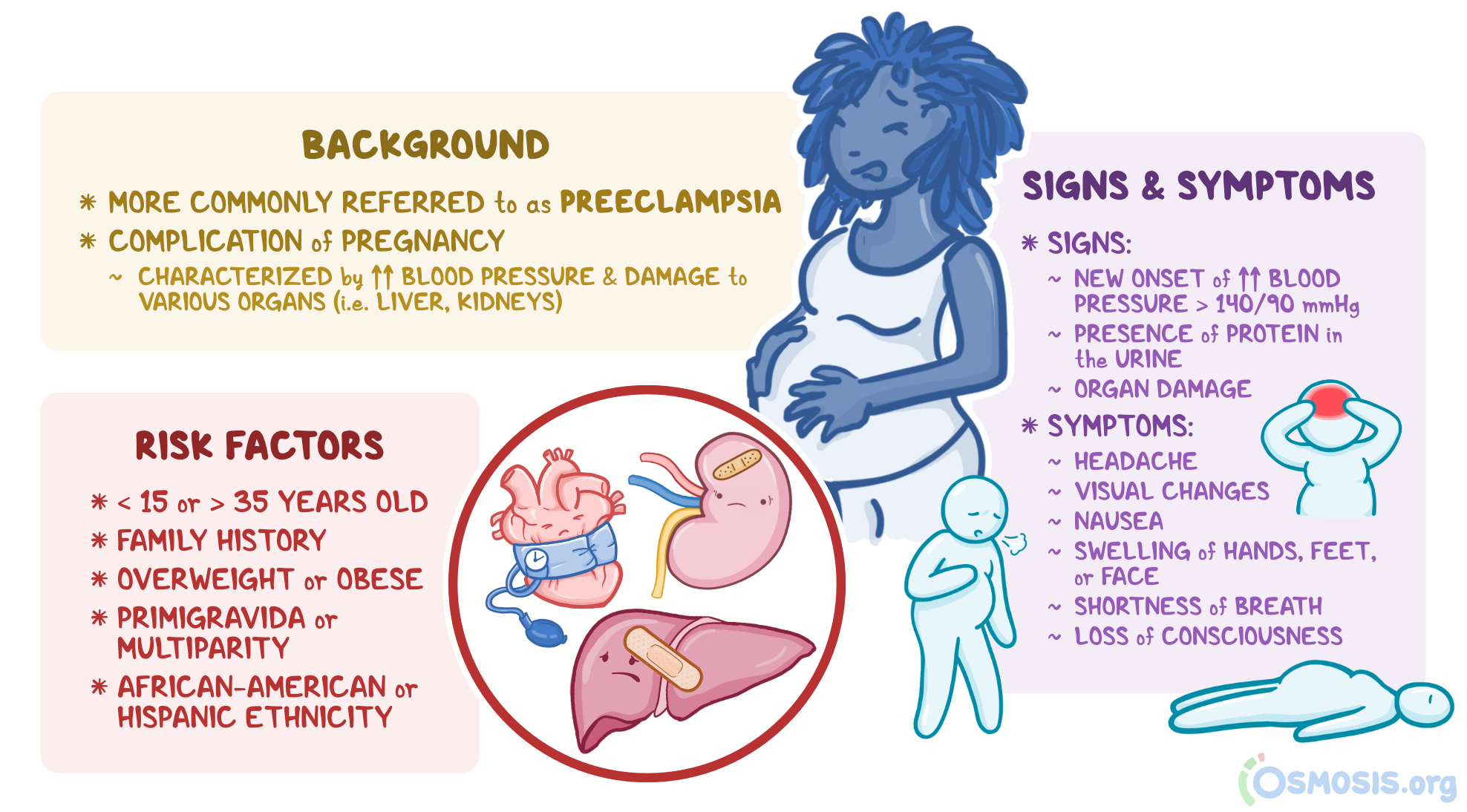 What causes toxemia in pregnancy?

Toxemia in pregnancy may be caused by multiple factors. One proposed mechanism involves abnormalities in the placenta, the organ that develops in the uterus and nourishes the fetus throughout pregnancy.

Certain risk factors that may increase the chance of developing toxemia in pregnancy include being under the age of 15 or over the age of 35, having a personal history of preeclampsia or chronic high blood pressure, having a family history of preeclampsia, and having diabetes or chronic kidney disease. Pregnant individuals may be at additional risk if they are overweight, pregnant for the first time (i.e., primigravida), carrying multiple fetuses (i.e., multiparity), Black, and/or Hispanic. Interestingly, individuals that smoke are at a lower risk of developing preeclampsia in pregnancy compared to non-smokers.

Moreover, diseases of the immune system (e.g., lupus) or damage to the blood vessels can lead to insufficient blood flow to the uterus and compromised placental formation. As a result, the pregnant individual’s arteries may narrow, and their blood pressure may increase. The arteries may also begin to leak, allowing protein and fluids to escape, leading to protein in the urine and tissue swelling.

What’s the difference between toxemia and preeclampsia?

Toxemia in pregnancy is another term for preeclampsia. Preeclampsia is the preferred medical term and is more commonly used.

Toxemia can lead to serious complications, including death, if left untreated. Severe forms of toxemia or toxemia that occur early in pregnancy are associated with greater risks for both the pregnant individual and the fetus.

Complications for a person with toxemia may include excessive bleeding due to low platelet levels in the blood, as well as damage to the liver, lungs, kidneys, eyes, or heart. A stroke or heart attack can also result. In addition, preeclampsia may cause the placenta to separate from the wall of the uterus, which can deprive the fetus of oxygen and nutrients and may lead to premature birth, death, or restricted growth of the fetus and additional complications for the pregnant individual.

Toxemia (preeclampsia) may lead to eclampsia, which is characterized by coma and seizures in addition to the characteristic preeclampsia symptoms. While most individuals recover fully from eclampsia, there's a small risk of brain damage and permanent disability.

HELLP syndrome is another complication of toxemia. The acronym HELLP stands for hemolysis (i.e., the destruction of red blood cells), elevated liver enzymes, and low platelet count. This syndrome is a more severe form of preeclampsia, capable of rapidly becoming life-threatening for both the pregnant individual and fetus. The majority of pregnant individuals with HELLP syndrome will have high blood pressure and the presence of protein in the urine.

How is toxemia diagnosed?

Early and consistent prenatal visits may help diagnose and treat toxemia in early stages to avoid complications. Clinicians will monitor tests and observations for individuals presenting with the characteristic signs, symptoms, risk factors, or complications of toxemia after the 20th week of pregnancy in order to confirm diagnosis. Multiple blood pressure readings will typically be taken, and blood tests may be ordered to monitor platelets, clotting factors, and kidney and liver function. Urine tests may also be ordered to assess protein levels in the urine. A diagnosis of toxemia may be made based on lab values, with or without clinical symptoms. A fetal ultrasound may also be performed to monitor the health and growth of the fetus.

How is toxemia treated?

Treatment of toxemia varies depending on the severity of clinical presentation and stage of pregnancy. The most effective treatment for toxemia is immediate delivery of the baby and placenta, especially in cases of severe complications, such as eclampsia or HELLP syndrome. However, delivery may not be possible if toxemia occurs during early stages of the pregnancy. In situations where delivery is not an option, or in mild cases of toxemia, treatment of toxemia may involve bed rest, which helps reduce stress on the body and elevated blood pressure. However, bed rest may increase risk of blood clots and impair quality of life.

Other treatment options for toxemia include the use of blood pressure medications, such as nifedipine, methyldopa, labetalol, or hydralazine. Intravenous magnesium sulfate may be advised to prevent seizures. Other symptoms, such as headache, may be treated with pain relieving medications, like acetaminophen. Blood transfusions may also be indicated in more severe situations for pregnant individuals who have low blood counts. Intravenous steroids may be considered for individuals with severe toxemia or complications of toxemia, to help mature the fetus’ lungs and improve their liver and platelet function. Depending on the complications that present, nephrology, a medical specialty that focuses on the kidneys; neurology, which focuses on the brain and nerves; or other medical specialties may be consulted.

After delivery of the baby, signs and symptoms of toxemia typically resolve. In rare situations, toxemia may reappear after delivery, so follow-up care with a physician after delivery is very important.

Maintaining regular prenatal appointments is the most effective method of preventing toxemia. Eating a nutritious diet, exercising, and managing pre-existing chronic conditions may also reduce an individual’s risk of developing toxemia. In addition, taking a prenatal vitamin may assist in preventing toxemia. For pregnant individuals with high-risk characteristics, a clinician may advise they start taking a low dose of aspirin early in pregnancy to help reduce toxemia risk.

What are the most important facts to know about toxemia?

Toxemia, or preeclampsia, is a complication of pregnancy characterized by high blood pressure and signs of damage to other organ systems, such as the liver or kidneys.  Preeclampsia usually begins after 20 weeks of pregnancy in individuals whose blood pressure had previously been in a healthy range. Signs and symptoms of toxemia vary in severity and can develop gradually or quickly. Toxemia in pregnancy may be caused by multiple factors, and it may be diagnosed by a medical doctor based on specific labs and symptoms. The most common and effective treatment option for preeclampsia involves the immediate delivery of the infant and placenta; however, in situations where this is not possible, bed rest and/or medications may be advised. Left untreated, preeclampsia can lead to serious complications for both the pregnant individual and the fetus. Typically, preeclampsia resolves after delivery; in some cases, preeclampsia may persist or develop after pregnancy.

Quiz yourself on Toxemia 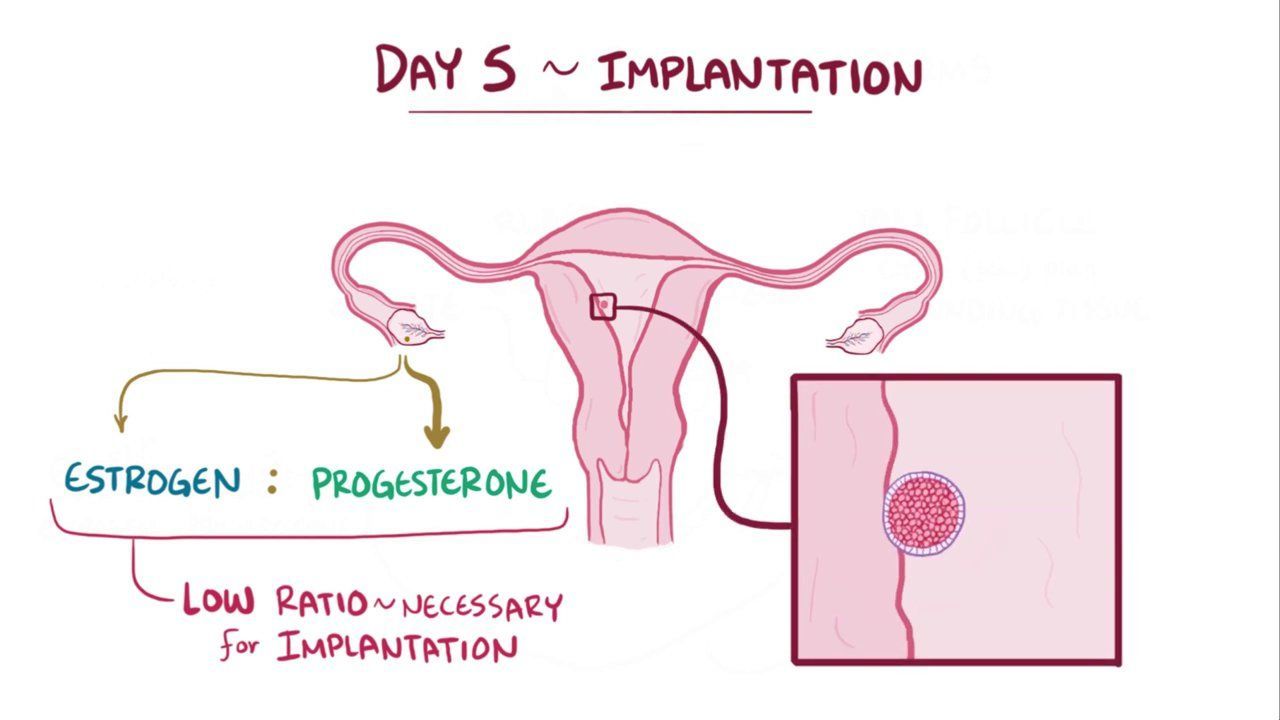 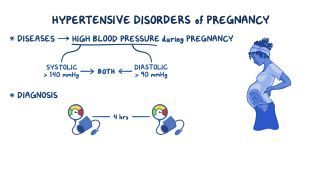 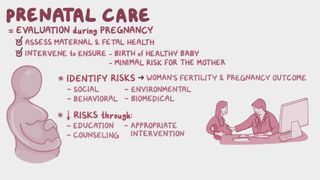 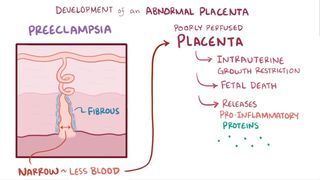 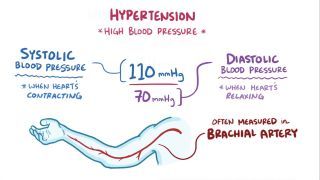