Anatomy of the Leg 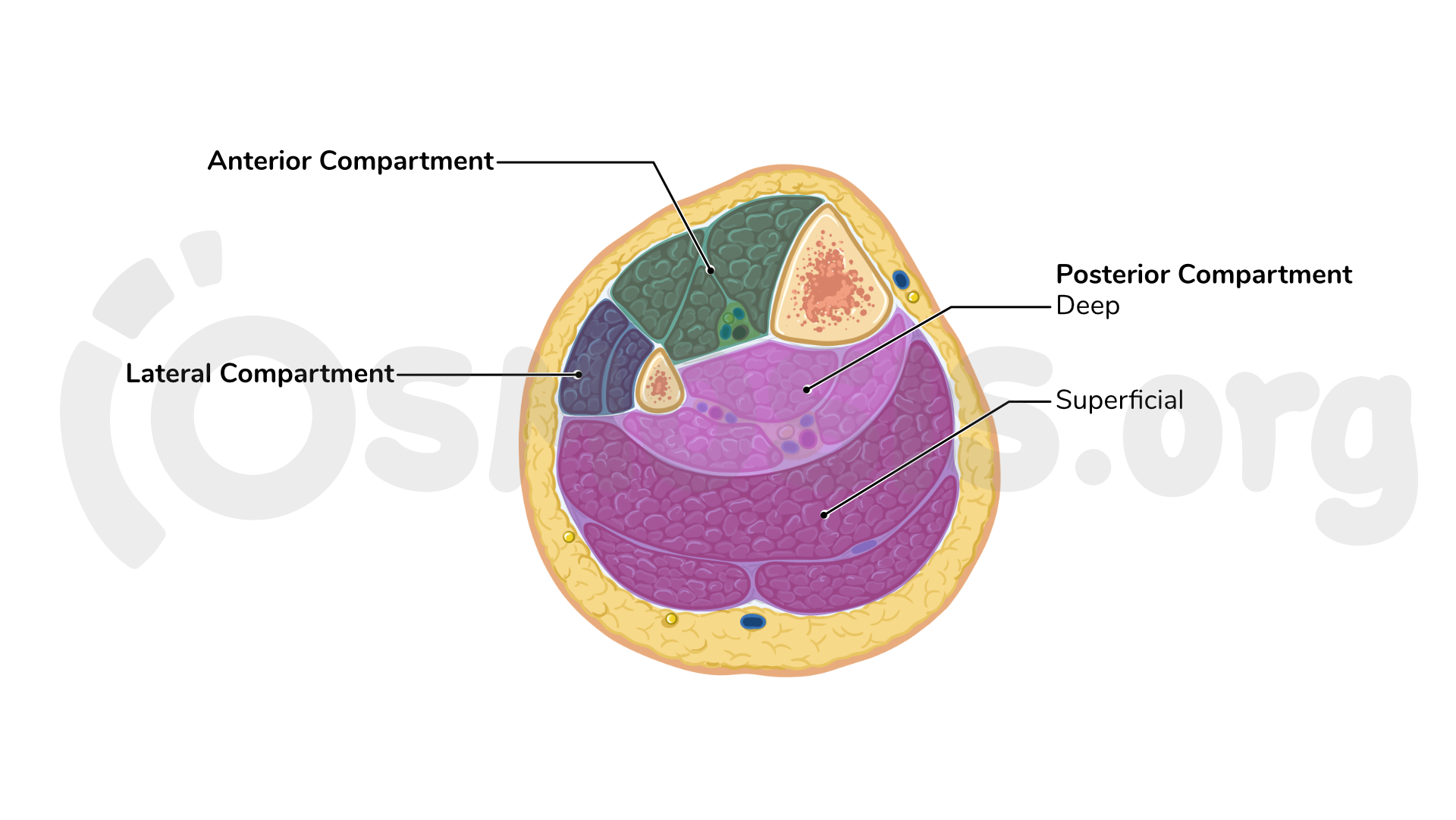 Figure 1. Transverse section showing the compartments of the leg. 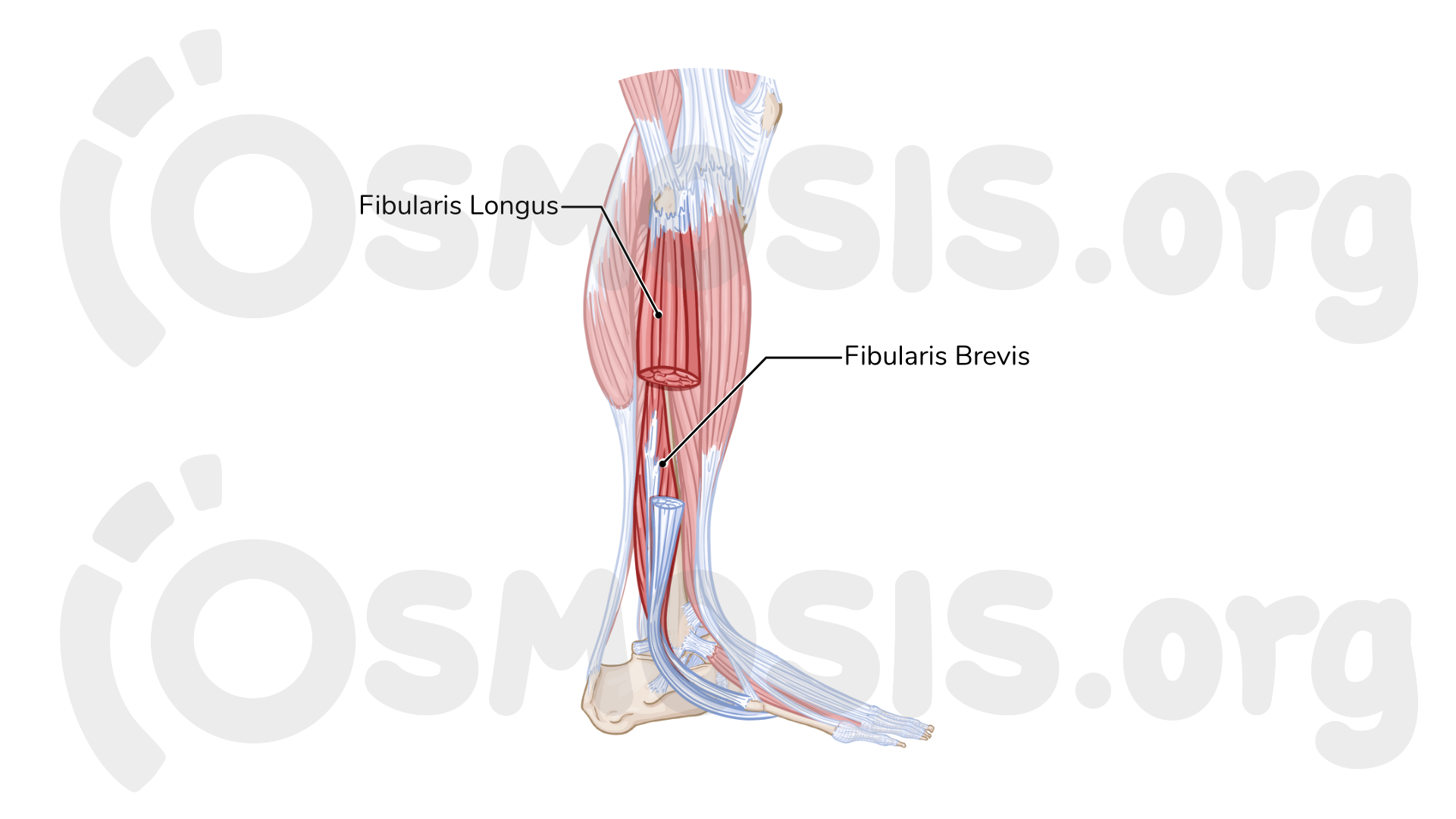 Figure 3. Muscles of the Lateral Compartment of the Leg. Figure 4. Muscles of the Superficial Subcompartment of the Posterior Right Leg. 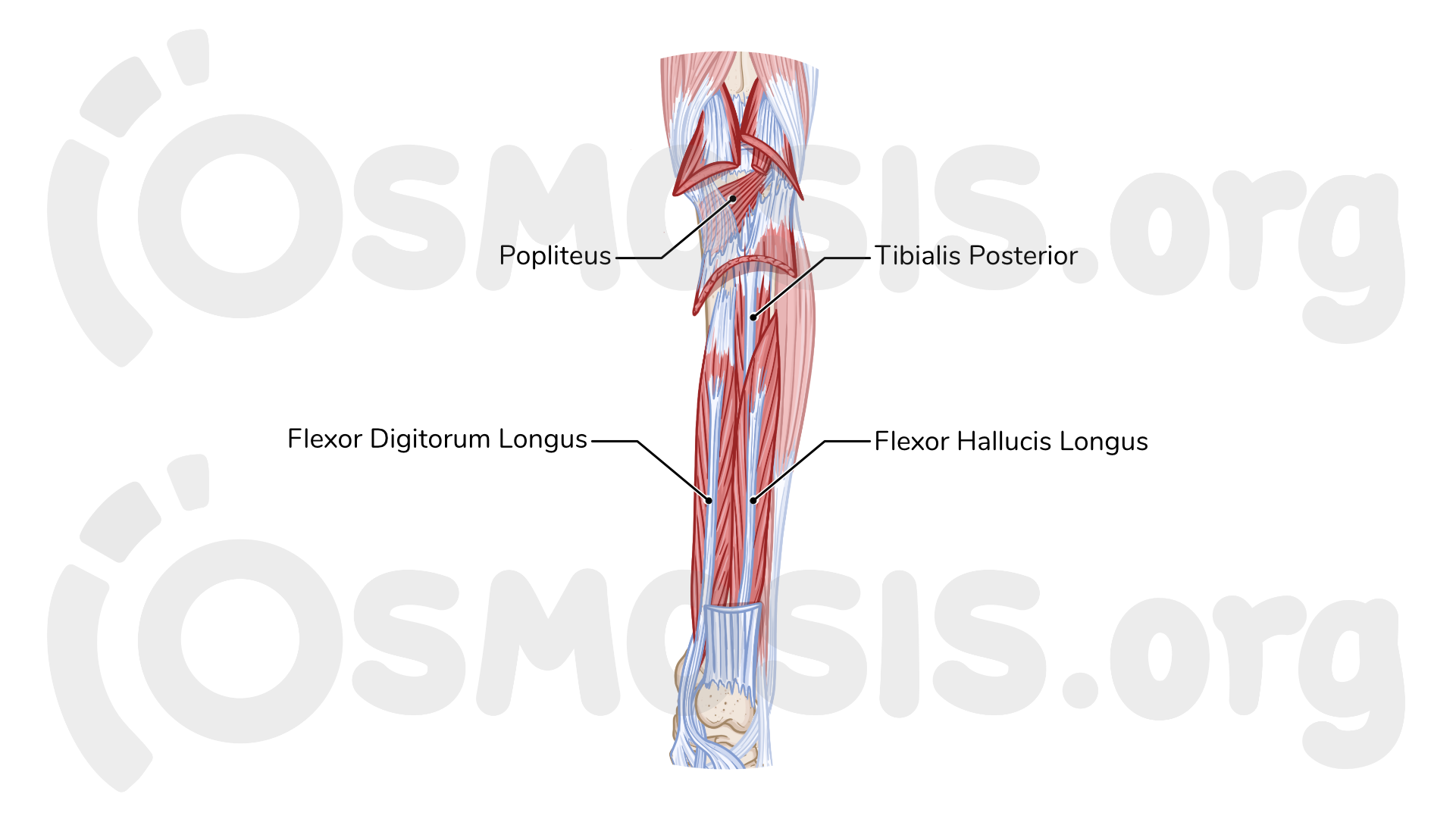 Figure 5. Muscles of the Deep Subcompartment of the Posterior Right Leg. Anatomy of the Leg - Muscle Table 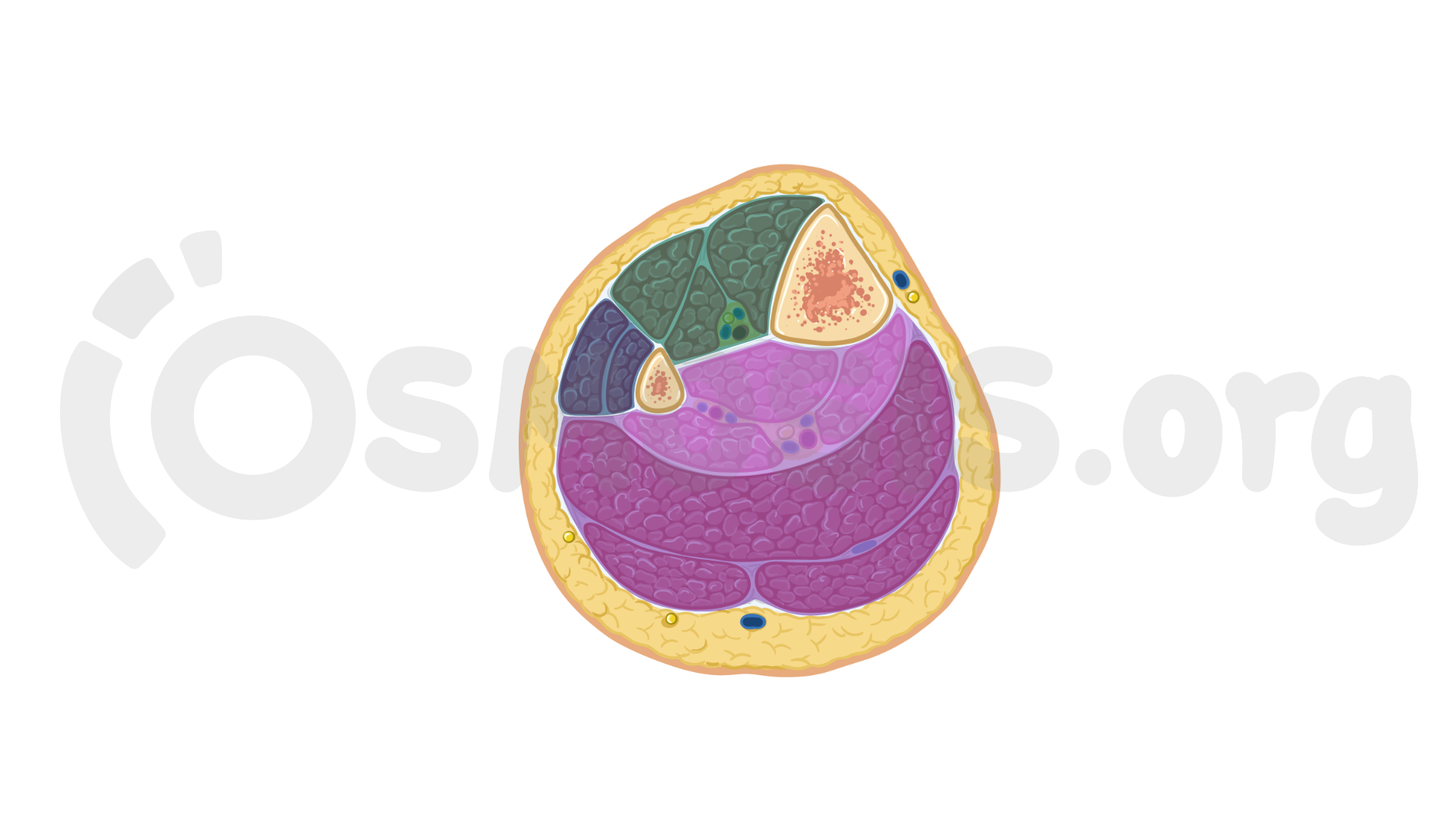 The leg, is the region of the lower limb between the knee and the ankle.

It is a tightly packed region consisting of muscles and neurovascular structures.

The anterior compartment of the leg is also known as the extensor or dorsiflexor compartment, and it’s the area of the body you use to locate the furniture after you turn off the lights.

Now, proximally, the deep fascia overlying the anterior compartment is dense, providing part of the proximal attachment of the muscle immediately deep to it, the tibialis anterior.

Retinacula help secure and provide leverage for the tendons of the anterior compartment muscles before and after they cross the ankle joint.

Specifically, the retinacula prevent these tendons from bowstringing anteriorly during movement of the joint.

First, there’s the superior extensor retinaculum, which is a strong, broad band of deep fascia, passing from the fibula to the tibia, proximal to the malleoli.

Second, there’s the inferior extensor retinaculum, a Y-shaped band of deep fascia that attaches laterally to the anterosuperior surface of the calcaneus and medially to the medial malleolus and medial cuneiform. It forms a strong loop around the tendons of the fibularis tertius and the extensor digitorum longus muscles.

The anterior compartment contains four muscles: the tibialis anterior, extensor digitorum longus, extensor hallucis longus, and fibularis tertius which are all dorsiflexors of the ankle, raising the toes and depressing the heel.

To remember dorsiflexion, think of the phrase ‘fins to shins’, with your toes being the fins you use to swim, and you are bringing them up to your shins!

The muscles in the anterior compartment are innervated by the deep fibular nerve, and blood is supplied via the anterior tibial artery.

The tibialis anterior is the most medial and superficial dorsiflexor and it lies against the lateral surface of the tibia.

It originates on the lateral condyle and the superior half of the lateral surface of the tibia and the interosseous membrane.

About halfway down the leg, its muscular fibers are replaced by the muscle’s tendon, which continues its descent along the anterior surface of the tibia.

It passes deep to the superior and inferior extensor retinacula and inserts to the medial and inferior surfaces of the medial cuneiform and the base of the first metatarsal.

The tibialis anterior is the strongest dorsiflexor of the ankle, and it also helps produce inversion, or turning of the sole of the foot inwards.

Second, the extensor digitorum longus is the most lateral of the anterior leg muscles.

Its origin is at the lateral condyle of the tibia and the superior three quarters of the medial surface of the fibula and interosseous membrane.

The extensor digitorum longus forms four tendons superior to the ankle, which enter the dorsum of the foot along with the tendon of the closely associated fibularis tertius muscle.

Once the tendons reach the phalanges, they divide into two lateral bands and one central band.

The extensor digitorum longus extends the lateral four digits and dorsiflexes the ankle.

Third, the extensor hallucis longus is a thin muscle that lies deeply between the tibialis anterior and extensor digitorum longus.

Its origin is the middle part of the anterior surface of the fibula and interosseous membrane.

The muscle courses distally along the crest of the dorsum of the foot to the great toe, and it inserts on the dorsal aspect of the base of the distal phalanx of the great toe.

The muscle extends the great toe and, unsurprisingly, also dorsiflexes the ankle.

And finally, the fibularis tertius, which proximally originates on the inferior third of the anterior surface of the fibula and interosseous membrane, and inserts on the dorsum of the 5th metatarsal.

The fibularis tertius dorsiflexes the ankle and it also participates in eversion of the ankle, or turning the sole of the foot outwards.

Now let’s talk about the neurovascular structures in the anterior compartment of the leg.

The main nerve of the anterior compartment is the deep fibular.

It is one of the two terminal branches of the common fibular nerve, arising between the fibularis longus muscle and the neck of the fibula.

It then exits the compartment at the distal end of the tibia and enters the dorsum of the foot.

Now, along its way, it sends motor branches to the anterior muscles of the leg & dorsum of the foot.

Finally it provides sensory innervation to the skin of the first interdigital cleft, which is the skin between the first and the second toe, as well as to the joints it crosses via articular branches.

Finally, the anterior compartment is mainly supplied by the anterior tibial artery, which is the smaller terminal branch of the popliteal artery.

The anterior tibial artery begins at the inferior border of the popliteus muscle and immediately passes anteriorly through a gap in the superior part of the interosseous membrane, which it descends on its anterior surface, between the tibialis anterior and extensor digitorum muscles.

At the ankle joint, midway between the malleoli, the anterior tibial artery changes names, becoming the dorsalis pedis artery.

Well, that was leg, wait for it, gendary!

Leg-gendery! How about a quick break to see if you can recognise the main structures of the anterior compartment of the leg.

From its superior limit at the level of the popliteal fossa, the lateral compartment ends inferiorly at the superior fibular retinaculum.

The fibularis longus, as its name suggests, is the longer and more superficial of the two fibularis muscles.

It originates on the head and superior two thirds of the lateral surface of the fibula.

From this point, it travels distally behind the lateral malleolus and deep to the inferior fibular retinaculum.

It eventually enters a groove on the antero inferior aspect of the cuboid as it crosses the sole of the foot, running obliquely and distally to reach its insertion on the base of the 1st metatarsal and medial cuneiform bones.

It originates on the inferior two thirds of the lateral surface of the fibula and its fibers converge to form a tendon which passes posterior the lateral malleolus.

It passes anteriorly and laterally to insert on the dorsal surface of the tuberosity of the 5th metatarsal.

The fibularis brevis helps maintain the lateral longitudinal arch of the foot.

Both fibularis muscles help with eversion, and contribute to weak plantarflexion at the ankle.

It arises between the most proximal attachment of the fibularis longus and the neck of the fibula, from where it descends down the leg until it pierces the deep fascia at the distal third of the leg to become subcutaneous.

When it comes to arteries and veins, the lateral compartment does not have a major blood vessel coursing through it.

Instead, perforating branches and accompanying veins supply blood to and drain blood from the lateral compartment.

Now that was a lot of info! Let’s take a break and try to recognise the components of the lateral compartment of the leg!

And finally, we’ve reached the posterior compartment of the leg, or the plantarflexor compartment, which is the largest of the three.

Now, the posterior compartment is divided into a superficial and a deep subcompartment by the transverse intermuscular septum.

The superficial subcompartment is larger and its borders are the transverse intermuscular septum anteriorly and the skin posteriorly, while the deep subcompartment is smaller and sits posterior to the tibia, fibula, and the interosseous membrane.

Inferiorly, the deep subcompartment tapers and becomes smaller distally, and the distal transverse intermuscular septum fibers extend between the tip of the medial malleolus and the calcaneus as the flexor retinaculum.

This retinaculum creates a compartment for the tendons and neurovascular structures of the posterior compartment to enter the foot behind the medial malleolus, which is often referred to as the tarsal tunnel.

So the muscles of the superficial posterior compartment are collectively called the calf muscles, namely the gastrocnemius, soleus, and plantaris.