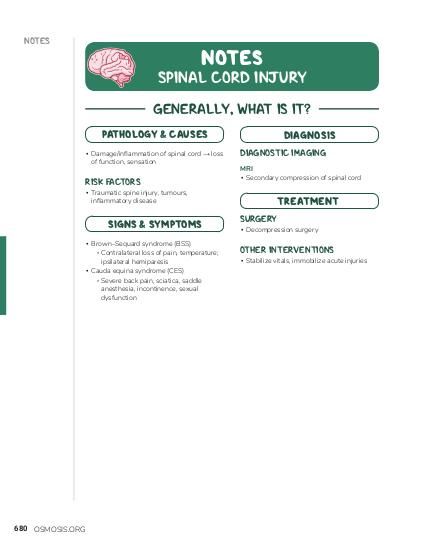 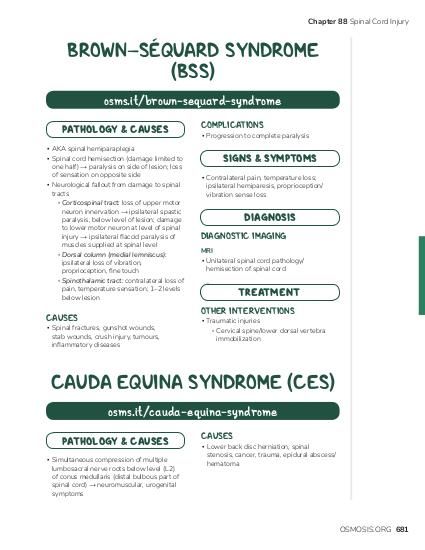 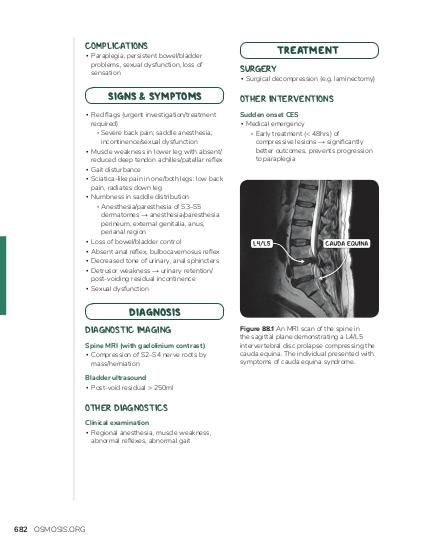 A 56-year-old man comes to the emergency department because of a high-speed motor vehicle accident which caused a laceration to his left spinal cord at the T8 vertebral level. After emergency surgery, he is in stable condition and his temperature is 37.3°C (99.1°F), pulse is 80/min, respirations are 18/min, and blood pressure is 142/90 mm Hg. He is alert and oriented to person, place, and time while resting in his hospital bed. He says his pain is managed well, but that he is concerned about his spinal cord injury. Which of the following neurologic deficits is most likely found on physical examination of this patient?

Brown-Séquard syndrome, first described by the physiologist Charles-Édouard Brown-Séquard, is a condition associated with hemisection or damage to one half of the spinal cord.

The hemisection damages neural tracts in the spinal cord that carry information to and from the brain.

This results in a loss of sensations like pain, temperature, touch, as well as paralysis or loss of muscle function in some parts of the body.

The white matter consists of myelinated axons which are separated into tracts that carry information to and from the brain.

Think of them like highways for neural signals, where some highways carry sensory information to the brain and some carry motor information from the brain to the muscles.

There are a few main tracts to remember. First, there’s the spinothalamic tract which is an ascending pathway and it’s divided into two parts.

These tracts both carry sensations like pressure, vibration, fine touch - which is where you can localize where you were touched, and proprioception which is an awareness of your body position in space.

Finally, there’s the corticospinal tract which is a descending pathway that carries motor information from the brain to different muscles in the body and it controls voluntary muscle movement.

So, sensory information has to go through three neurons to reach the brain; kind of like 3 people in a relay race.

For example if you accidentally touch a hot pan, the sensation of pain and temperature is carried from the nerves in the skin of your fingers, through a 1st order neuron- which is a pseudounipolar neuron.

A pseudounipolar neuron has a cell body from which only one axon comes out- and then that axon splits into two branches- a lateral branch that comes from the periphery and the a medial branch that runs towards the spinal cord.

So, the nerve in the skin of your fingers is served by the lateral branch of a 1st order neuron which carries the sensation to the dorsal root ganglion.

That’s where the cell body is located along with the rest of the cell bodies of other pseudounipolar neurons.

From there the signal continues through the medial branch and into the spinal cord to reach the dorsal horn.

Here, it passes off the sensory information “baton” by synapsing with a 2nd order neuron which sends off its own axon which ascends 1 or 2 spinal segments and crosses over to the opposite side to travel up the spinal cord and eventually synapse with a 3rd order neuron located in the ventral posterior nucleus of the thalamus.

This 3rd order neuron then sends its axon up to the sensory cortex of the brain, letting you know that there’s tissue damage.

Similarly, if you suddenly grab a vibrating cell phone, the sensation of vibration is carried from the nerves in the skin of your palm, via the fasciculus cuneatus- which is a collection of nerves all composed of first order neurons.

The fasciculus cuneatus is contained within the dorsal white column, located posteriorly in the white matter of spinal cord.

The 1st order neuron then ascends up along the same side of the whole length of the spinal cord to reach lower level of medulla oblongata where it synapses with the cell body of a 2nd order neuron in the nucleus cuneatus.

The 3rd order neuron then sends up an axon that carries the sensory signals to the primary somatosensory cortex of brain, letting you know that your phone is vibrating.