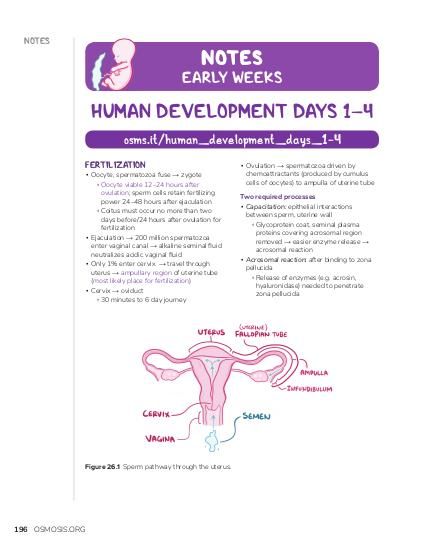 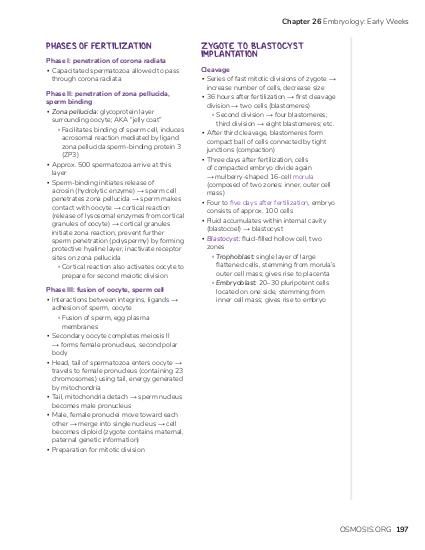 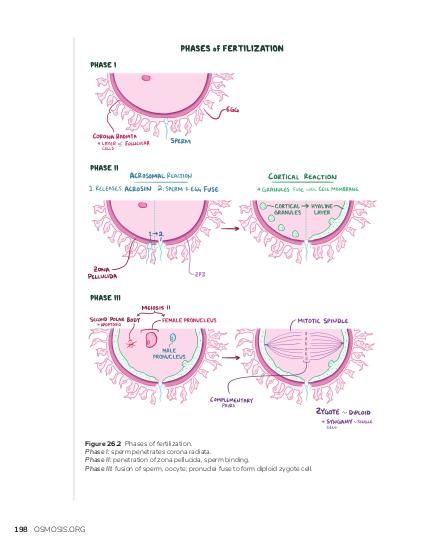 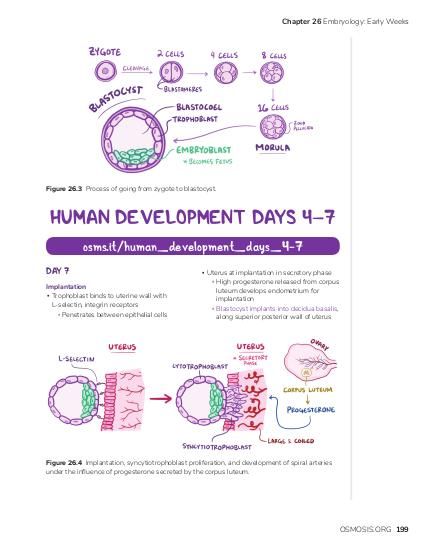 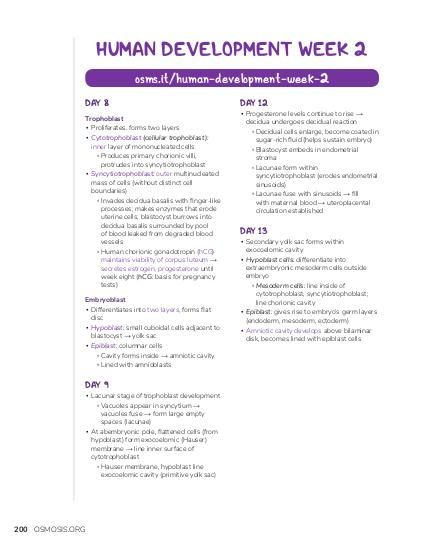 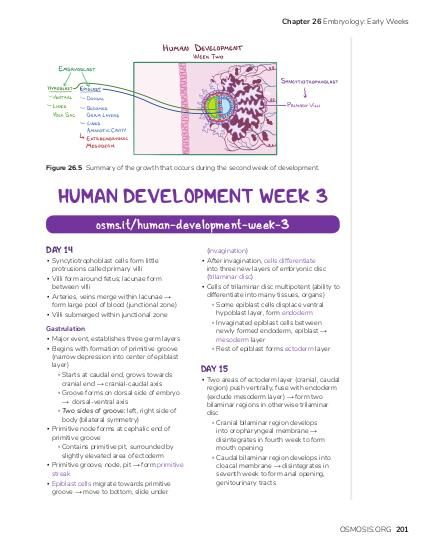 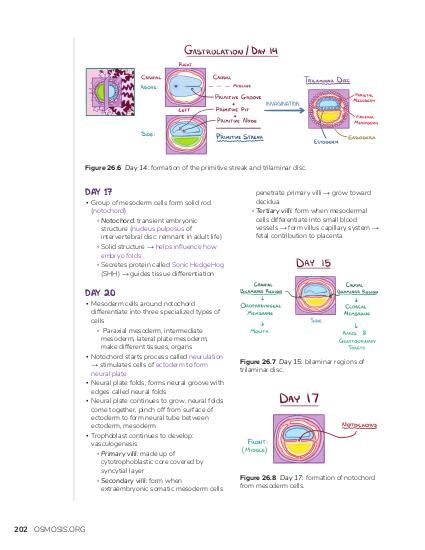 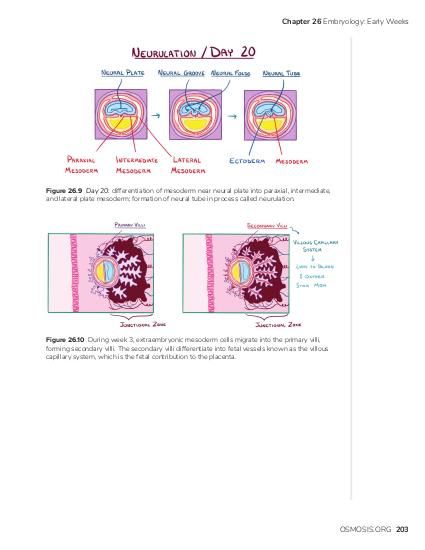 During the second week of human development, the blastocyst attaches to the wall of the uterus.

The cells in the blastocyst’s outer layer are called trophoblast cells, and they penetrate into the uterus, establishing a connection between the blastocyst and the mother.

The cells in the blastocyst’s inner layer are called embryoblast cells, and they turn into a new, flat, two-layered structure which eventually gives rise to all of the organs and tissues of the body.

By day 7 or 8, the blastocyst implants on the surface of the endometrial wall, or decidua; the area where it implants is called the decidua basalis.

To snuggle deeper into the decidua basalis, trophoblast cells from the outer layer of the blastocyst assemble into two layers of cells.

Slowly, the syncytiotrophoblast expands into the decidua basalis.

By day 9, the syncytiotrophoblast has pushed deeper into the decidua basalis, and by day 11, the blastocyst is almost completely buried within it—like a seed getting pushed into soil.

High levels of progesterone cause the decidual cells to enlarge, and they become coated in a sugar-rich, fatty fluid the syncytiotrophoblast can absorb to sustain its growth; this fluid also helps sustain the embryo early on.

Initially, the decidual reaction only occurs at the decidua basalis, the site of implantation, but eventually it spreads throughout the entirety of the decidua.

Around day 14 of development, syncytiotrophoblast cells start to form little protrusions called primary villi—each one looks a bit like a tree.

While this is all happening, arteries and veins from the parent start to grow into the decidua basalis.

Normally we think of red blood cells staying confined to blood vessels, but as the placenta develops, an interesting thing happens: tiny arteries merge with the lacunae, eventually filling these empty spaces with oxygenated blood.

Veins also merge with lacunae and bring blood back to the parent’s heart.

Over time, more and more of these little pools of blood develop, and they start merging together to form a single large pool of blood with many arteries delivering blood into it and many veins taking blood away.