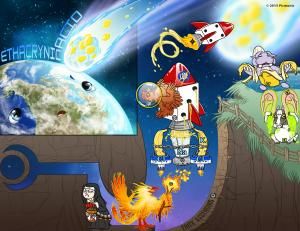 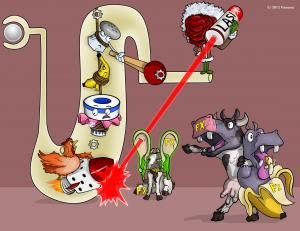 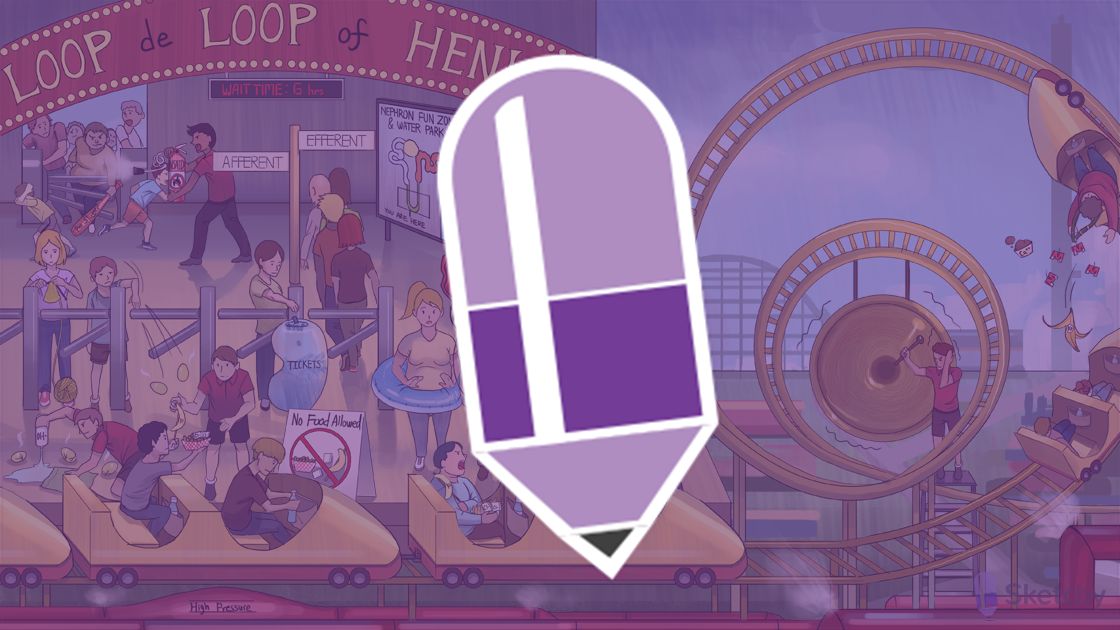 Diuretics are medications that act on the kidneys to increase production of urine - and therefore, eliminates water from the body.

There are 5 main types of diuretics - carbonic anhydrase inhibitors; osmotic diuretics; thiazide and thiazide-like diuretics; potassium sparing diuretics; and last but not least, loop diuretics - which we’ll get intimately acquainted with during this video.

Now, the basic unit of the kidney is called a nephron, and each nephron is made up of a glomerulus, which filters the blood.

The filtered content then goes through the renal tubule, where excess waste, and molecules (such as ions and water), are removed or filtered through an exchange between the tubule and the peritubular capillaries. So the renal tubule plays a huge role in secretion and reabsorption of fluid and ions - such as sodium, potassium, and chloride - in order to maintain homeostasis, or the balance of fluid and ions in our body.

Different kinds of diuretics act on different segments of the renal tubule. Now, loop diuretics - as you might have guessed - act on the loop of Henle. To be more specific, they mainly target the thick ascending limb.

Think of it as a revolving door where sodium is the guy doing all the pushing, and one potassium and two chlorides just follow him in. Now, on the basolateral side of the tubule cell, a Na/K ATPase uses energy in the form of ATP to pump three sodium ions into the interstitial fluid in exchange for letting two potassium ions into the cell. This helps to maintain the low sodium concentration inside the cell.

Finally, both chloride and potassium move from the cell back into the lumen of the thick ascending limb, through special channels on the apical side of the cells that simply “leak” these ions passively. Funnily enough, the passive movement of potassium generates an electrochemical gradient that increases the reabsorption of calcium and magnesium through a paracellular pathway - meaning, these ions don’t use any channels, but rather they sneak between two epithelial cells and go back in the bloodstream. Now that’s a lot of activity for such a tiny cell!

Ok, now here’s where loop diuretics come into play. Just to get acquainted with our team here, there’s 4 main diuretics - 3 of them: furosemide, bumetanide and torsemide - are chemically related, in that they are sulfonamide derivatives. The last loop diuretic, ethacrynic acid, is a phenoxyacetic acid derivative.

These medications can be administered orally or intravenously, and once they’re in the bloodstream, they get secreted from the peritubular capillaries into the proximal tubule. Then, they make their way to the thick ascending limb and bind to the Na+K+2Cl- cotransporters.

Loop diuretics bind to the Cl- site on the transporter and block it, so now sodium, potassium, and chloride can’t be reabsorbed into the bloodstream and they get excreted out with the urine. Other ions that depend on sodium reabsorption, like calcium and magnesium are excreted as well. Now remember, water follows where sodium goes. So this means there will be more water molecules in the lumen as well, so more urine is produced.

Ok, so the major indication for diuretics is for the management of hypertension and edematous states. Since these medications cause water loss through the urine, it leads to decreased plasma volume and cardiac output, resulting in lower blood pressure. This also treats edematous states like pulmonary edema or ascites, where fluid builds up in the extracellular space.

Ok, now aside from hypertension and edema, we can use loop diuretics to correct certain electrolyte imbalances like hypercalcemia - or too much calcium in the blood; and hyperkalemia, or too much potassium in the blood. Last but not least, we can use loop diuretics to treat acute bromide, fluoride, or iodide intoxications because these substances are also reabsorbed in the thick ascending limb.

Ok, now finally, there are also some considerations to keep in mind - first, as far as contraindications go, it’s intuitive to not use loop diuretics, or any kind of diuretic for that matter - in a dehydrated patient.

It’s also important to make sure that you don’t remove too much water from the body - especially when treating edematous conditions; like heart, kidney, and liver failure. Low levels of circulating fluid can also signal the proximal tubule to reabsorb more uric acid - so in hypovolemic patients, loop diuretics can cause hyperuricemia and gout attacks.