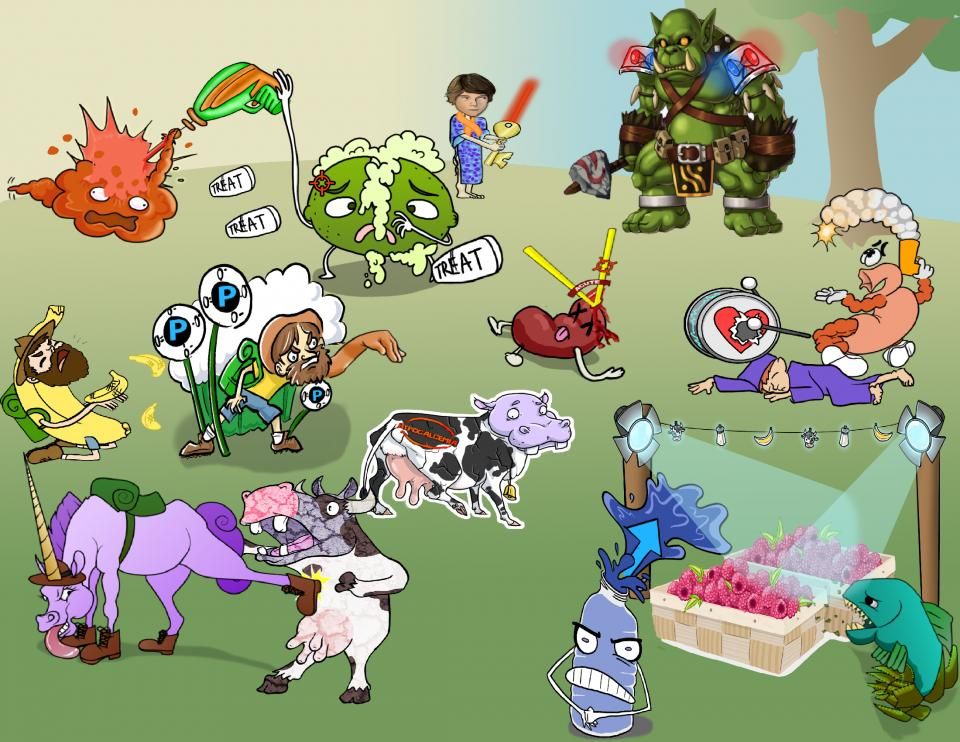 Michael Wheatley is a 24-year-old male client who presents to the emergency department or ED, with muscle cramps in both legs, joint pain in his knees, hips, shoulders and wrists, as well as lethargy and nausea.

He mentions that he was recently diagnosed with non-Hodgkin’s lymphoma, for which he received his first dose of chemotherapy in an outpatient oncology clinic yesterday.

The ED physician orders IV fluids at a rate 200 mL/hour and admits Michael to the inpatient oncology unit for further evaluation and treatment.

Tumor lysis syndrome, or TLS, is an oncologic emergency that’s characterized by severe metabolic and electrolyte abnormalities. This most often occurs as a complication during treatment of hematological malignancies, like leukemia and lymphoma, with chemotherapeutic medications that rapidly kill large numbers of tumor cells.

Rarely, TLS can also occur spontaneously with tumors that have a high proliferative rate or a large tumor burden, prior to any treatment. Regardless, the end result is a massive release of intracellular contents during lysis, of tumor cells into the bloodstream.

This results in hyperkalemia, which can interfere with electrical activity in the heart, brain, and nerves. In addition, there’s hyperuricemia, and the excess uric acid can form crystals that deposit in the tiny kidney tubules, resulting in acute kidney injury.

Finally, there’s hyperphosphatemia, and the excess phosphate can bind to the calcium in the blood, forming a complex, leading to hypocalcemia, which can also interfere with electrical activity in the heart, brain, and nerves.

Moreover, these phosphate-calcium complexes can also form crystals that deposit in the kidney tubules, contributing to the development of acute kidney injury.

Now, there are some factors that may put the client at risk of TLS, such as older age, and having a large tumor burden, which can be evidenced by the presence of a very high white blood cell count, and high lactate dehydrogenase or LDH, as well as bone marrow involvement by the malignancy.

Other risk factors include having an underlying renal disease that reduces urinary output, thus promoting the precipitation of uric acid or phosphate-calcium crystals in the renal tubules.

Finally, the risk of TLS is also higher with the use of substances that increase the uric acid levels in blood, such as alcohol and medications like thiazide diuretics or levodopa.

Now, symptoms of TLS include nausea, vomiting, and diarrhea, as well as muscle cramps or twitches, often associated with weakness, numbness, and tingling.

In addition, clients may experience confusion, irritability, delirium, and seizures. An important complication of TLS is acute kidney injury, which typically presents with oliguria, or a decreased urine output.

Finally, clients may experience arrhythmias, which can lead to palpitations and syncope. If not treated, TLS can cause sudden cardiac death.Now, diagnosis of TLS begins with history and clinical findings.

Upon lab tests, a complete metabolic panel will be reflective of electrolyte imbalance, typically showing hyperkalemia, hyperuricemia, hyperphosphatemia, and hypocalcemia.

In addition, LDH is typically increased. Other diagnostic tests include kidney function tests, which typically show increased serum creatinine and blood urea nitrogen, or BUN; as well as a urinalysis, which usually reveals the presence of uric acid crystals in urine.

Finally, an electrocardiography, or ECG, can be done to assess for cardiac complications. Treatment of TLS also involves close monitoring of electrolyte levels, urine output, and cardiac function.

Treatment starts with intravenous isotonic fluids to help correct the electrolytes abnormalities. In addition, hyperkalemia can be managed with IV insulin and dextrose, which helps move some of the excess potassium to the inside of the cells and decreases its level in the blood, or with polystyrene sulfonate or kayexalate if the potassium levels are lower than 6.5 mEq/L and cardiac symptoms are absent.

Hyperphosphatemia can be treated with IV fluids, phosphate-binding agents such as aluminum hydroxide and dietary restriction of phosphate; whereas hypocalcemia usually resolves with the management of hyperphosphatemia.

Hyperuricemia can be managed with medications like allopurinol, which decreases the production of uric acid, or with rasburicase, which breaks down uric acid to be easily excreted by the kidneys.

If the level of potassium, phosphate or uric acid is too high, urgent hemodialysis might be needed. Finally, TLS can be prevented by taking certain measures before starting chemotherapy, such as aggressive intravenous hydration as well as medications to prevent hyperuricemia like allopurinol or rasburicase.

Let’s get back to assess our client Michael. When you ask him how he’s feeling he states he has been having intense muscle cramping and joint pain since the previous night, and he’s been nauseous and lethargic.

When asked about his recent voiding pattern, if there is any blood present in his urine , and how often he has been drinking fluids in the last 24 hours, he says that he has been needing to use the bathroom less than usual, only about twice daily, because he has not been able to tolerate eating or drinking due to feeling nauseated.