What is an intention tremor?

Intention tremors are involuntary, rhythmic muscle contractions (oscillations) that occur during a purposeful, voluntary movement. The oscillations’ amplitude typically worsens as the movement proceeds, meaning that the tremor increases in intensity upon reaching a target.

More generally, a tremor refers to any rhythmic and involuntary movements associated with one or more parts of the body. There are several different types of tremors and intention tremors are classified as a common type of kinetic tremor, which is any tremor occurring during a voluntary movement. Kinetic tremors can be further categorized as action tremors, meaning they appear during physical actions. The affected parts of the body are usually the limbs—most often the upper limbs—or the speech muscles. 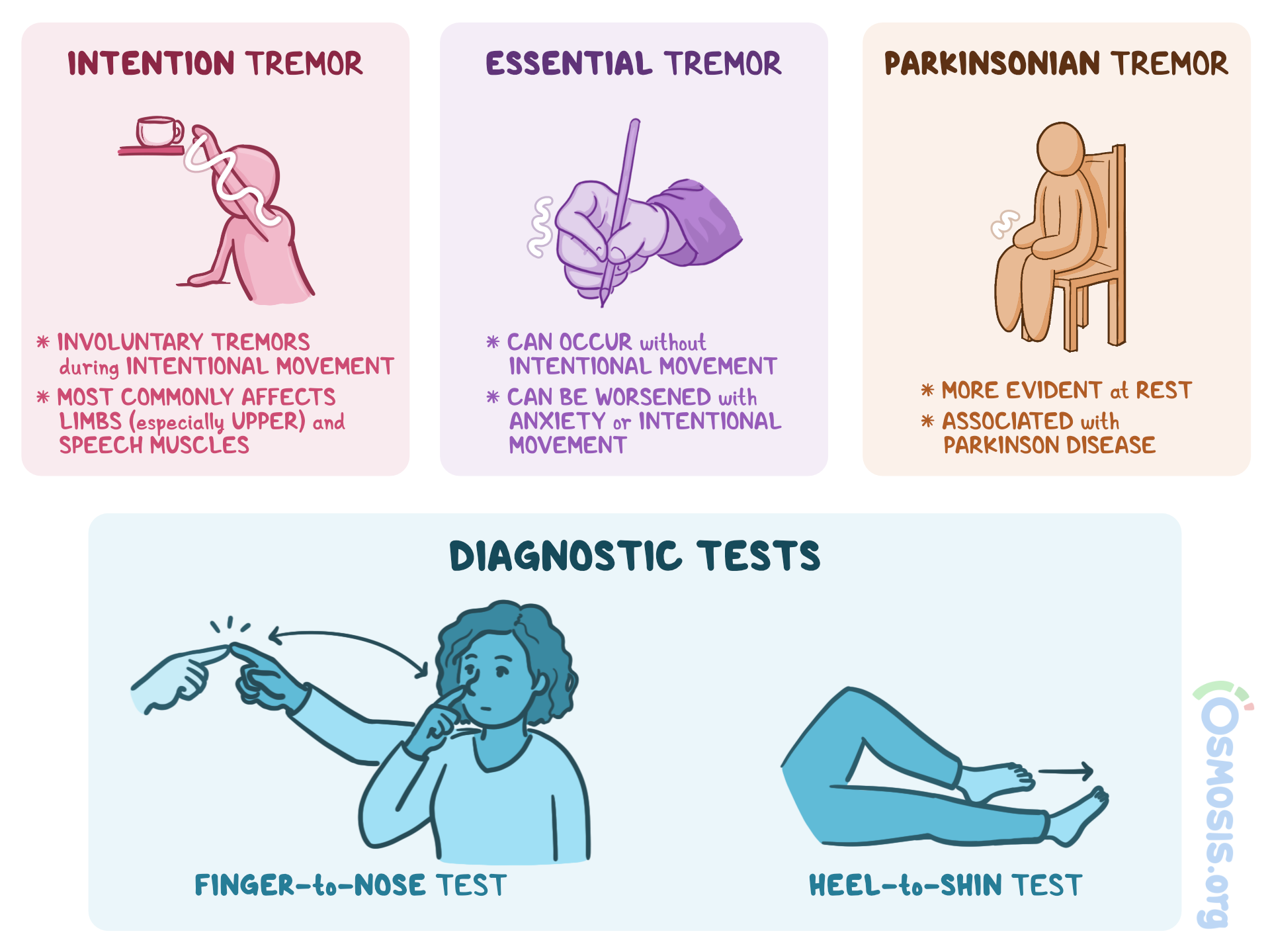 Is an intention tremor the same as an essential tremor?

What causes an intention tremor?

The most common cause of intention tremors is multiple sclerosis (MS), an autoimmune disorder that affects the protective coverings of nerves and impacts the communication between the brain and the rest of the body.

Other causes include hereditary disorders, such as Wilson disease, or metabolic conditions, such as hepatocerebral degeneration, often occurring in individuals with liver damage. Physiological or psychological conditions, such as anxiety, anger, and fatigue, can also lead to an intention tremor known as a psychogenic tremor. Additionally, overexposure to toxic substances (e.g. alcohol dependence, mercury poisoning, etc.) can also potentially lead to intention tremors. Lastly, certain medications could also result in a drug-induced tremor.

Although most individuals with Parkinson disease have uncontrollable shaking of the limbs, head, trunk, jaw, or lips, they are not considered to be intention tremors. This apparent shaking is referred to as a parkinsonian tremor and is classified as a rest tremor, which means that the tremor is more evident during rest and less evident when the individual is engaged in purposeful movements. Another name for this type of tremor is a postural tremor, meaning it occurs when an individual maintains a position against gravity, such as when the arms are elevated and held in front of the body.

How are intention tremors diagnosed?

Diagnosis of intention tremors usually requires an assessment of medical history and a complete neurological examination. Firstly, to identify the intention tremor, two different tests may be performed: the heel-to-shin test assesses the presence of cerebellar lesions by examining the ability to move one's heel from below the knee of the opposite leg, down to the foot; the finger-to-nose test helps identify the presence of an intention tremor and consists of moving the individual’s finger from the individual’s nose to the examiner’s finger positioned in front of them.

Further assessment of other signs and symptoms, such as abnormalities in manner of walking (gait), difficulties in completing daily activities, like drinking or eating with utensils, and problems with hand-eye coordination, can be helpful in determining the specific cause of the tremor. Other apparent signs of cerebellar dysfunction can include rapid involuntary eye movements (nystagmus), low muscle tone (hypotonia), impaired ability to perform quick alternating movements (dysdiadochokinesia), among others. A review of past medications is also important to identify any potential triggers for the tremors. Imaging techniques, such as magnetic resonance imaging (MRI), may also be performed. Depending on the suspected cause, further differential diagnostic testing, such as echocardiograms, blood tests, and nerve conduction studies, may also be performed.

How are intention tremors treated?

Treatment of intention tremors primarily focuses on treating the underlying cause. For example, if it is suspected that a particular medication may have caused the tremor, the provider may suggest discontinuing that medication.

In addition, individuals with intention tremors may improve their ability to perform functional activities through supportive treatment, such as gait rehabilitation, physical therapy, wearing wrist weights, as well as relaxation and positioning techniques.

Medications are generally not prescribed to treat intention tremors, however in some cases of multiple sclerosis (MS), certain medications (e.g. isoniazid) have been found to help reduce the tremors. MS-induced tremors may also require more invasive procedures, such as radiosurgery, which uses radiation in surgical procedures, or thalamic deep brain stimulation (DBS), which involves implantation of electrodes in specific brain structures.

Do intention tremors get worse?

If the underlying disease that is causing the tremor deteriorates, the tremor symptom may worsen with it. Stress and anxiety may also make tremors worse.

What are the most important facts to know about intention tremors?

Intention tremors are a type of kinetic tremor, which become apparent during voluntary and intentional movement. They typically affect the upper limbs, but can also involve other body parts. There are several possible causes and diseases that can lead to intention tremor, but the most common of them is multiple sclerosis (a neurological autoimmune disease). In most other cases, intention tremors usually involve a lesion of the cerebellum (an important brain structure for movement coordination). Other causes can include hereditary disorders, metabolic conditions, psychological conditions, or exposure to toxic substances. Diagnosis focuses on a comprehensive neurological examination that includes a review of medical history and physical examination. In order to determine the cause, lab tests and an MRI may be required. Treatment may include different techniques to help improve gait and reduce tremor, and sometimes may require invasive procedures, such as surgical radiotherapy and thalamic deep brain stimulation. Medications are only occasionally prescribed in order to help improve functional activities, especially in individuals with multiple sclerosis-induced tremors. 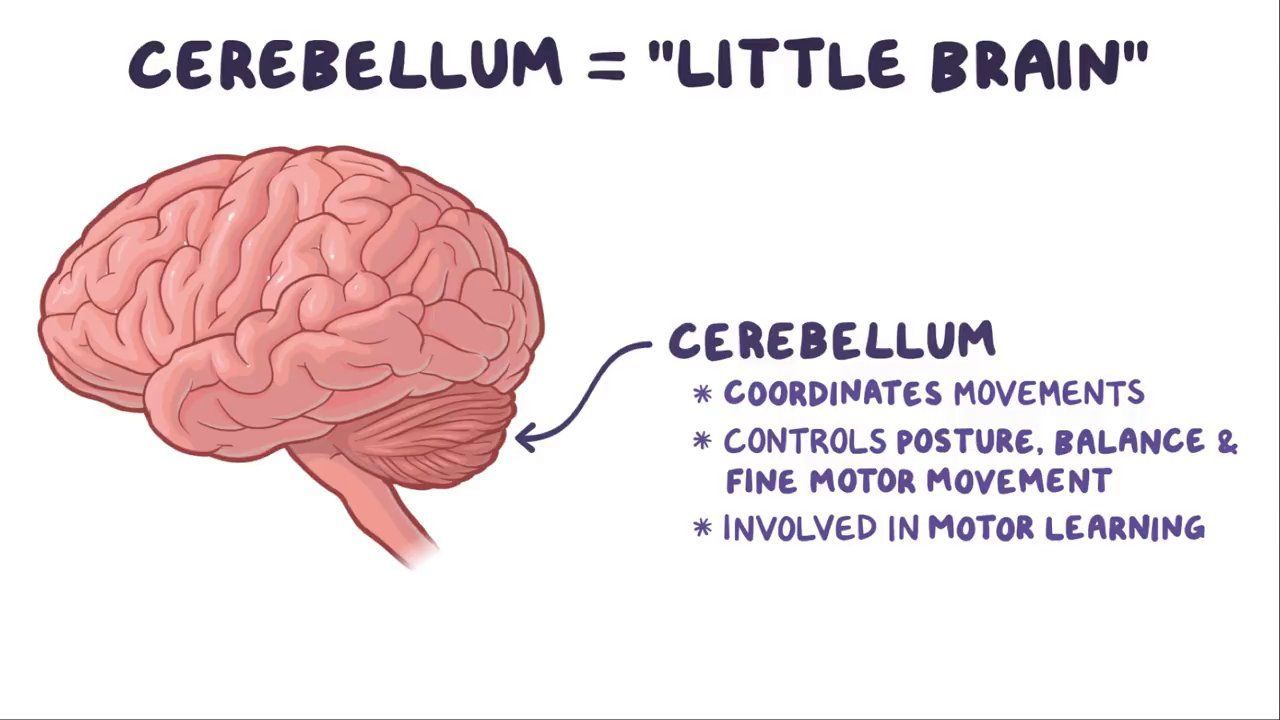 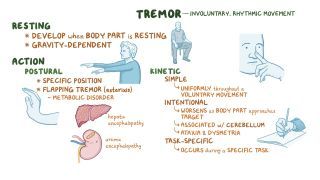 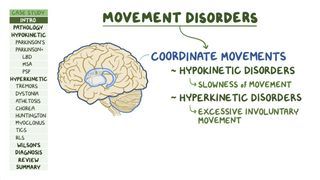 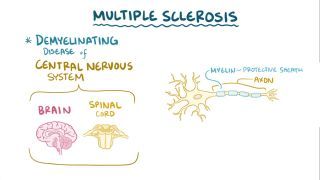