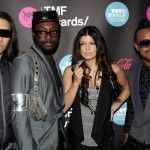 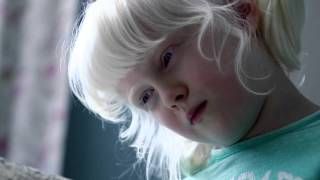 Nystagmus The Way We See It

Vestibulo- refers to the vestibular apparatus which is in the inner ear, that helps maintain our balance, and ocular refers to the eyes.

So the vestibulo-ocular reflex is a reflex that starts in the vestibular apparatus, in response to head movement, and ends with movement of the eyes.

The bony and membranous labyrinth help form all three parts of the inner ear.

The first is the vestibule, which is like a hallway that leads up to two other parts or rooms - the cochlea, towards the front of our head, that deals with hearing, and a second room towards the back of our head, that contains three semicircular canals - an anterior, a posterior and a lateral one - which play a role in balance.

Along with the semicircular canals, there are also two other balance-related structures in the vestibule - the utricle and the saccule.

Together, the semicircular canals, the utricle, and the saccule make up the vestibular apparatus, and each of these structures have special balance receptors called hair cells - which function like motion sensors, picking up different kinds of movement.

Hair cells in the semicircular canals detect changes in our dynamic equilibrium, like when we rotate our head, while those in the utricle and saccule detect changes in our head position in relation to horizontal or vertical acceleration - like when we feel pushed towards the back of the seat in a speeding car, or when we go up or down an elevator.

Now let’s switch gears and look at the eyes - pun intended! The eyes normally focus on an image that’s projected on the fovea - which is the central part of the retina. But, our head is almost always moving - from bopping ever so slightly when we walk, to turning when we want to take a sneak peek at a cute person walking by. So if our eyes weren’t moving along with our head, the image would bop up and down with every step we take.

So, let’s use an example - let’s say that you turn your head slightly to the right. This is our stimulus.

This stimulus is picked up by receptors - which are the hair cells in the left and right semicircular canals.

So, let’s look at just the right side. The right lateral semicircular canal ends with a dilated portion called the ampulla - which is lined by hair cells which are balance receptors.

These hair cells get their name because they have projections called cilia on top of them - kinda like a haircut.These projections are embedded in a gelatinous substance called the cupula.

When we turn our head to the right, this sets in motion a fluid called endolymph that can be found inside the membranous duct.

The endolymph moves in the opposite direction of movement - so to the left.

This action potential travels through to nerve fibers that synapse with the hair cells.

These nerves converge to form the vestibular branch of the vestibulo-cochlear, or eighth cranial nerve.

Now, for the efferent pathway, things get interesting. From the right vestibular nucleus, nerve fibers cross over to the left abducens nucleus.