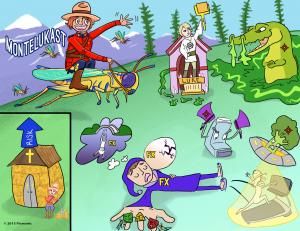 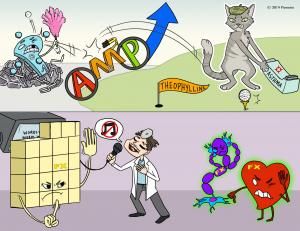 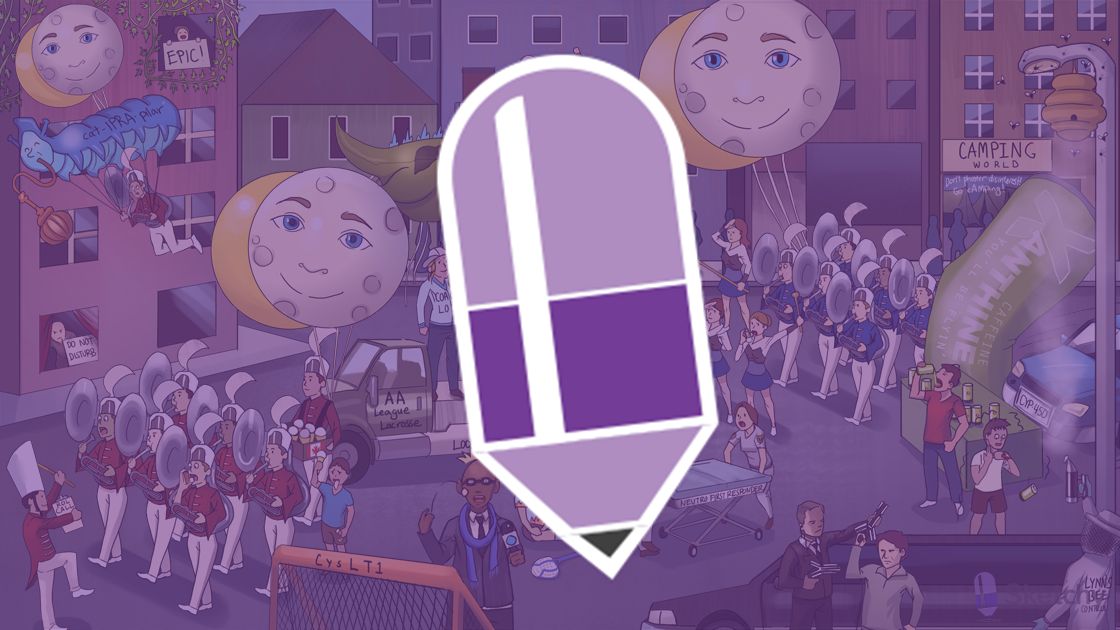 In obstructive lung diseases like asthma, individuals suffer from reversible narrowing of the airways, medications like bronchodilators are helpful in keeping the airways open.

In this video, we’ll focus on the leukotriene modifying agents and methylxanthines.

In the bronchioles you’ve got the lumen, the mucosa, which includes the inner lining of epithelial cells, as well as the lamina propria which contains many cells like the type 2 helper T cells, B cells, and mast cells.

Now, the molecular pathway that leads to asthma is actually pretty complex but it is often initiated by an environmental trigger.

Allergens from environmental triggers, like air pollutants or cigarette smoke, are picked up by dendritic cells which present them to a type 2 helper T cell or Th2 cell in the lamina propria. These cells then produce cytokines like IL-4 and IL-5 which causes the inflammatory response.

IL-4 is especially important because it leads to the production of IgE antibodies by B cells, and these antibodies bind to FcεR1 receptors on mast cells to activate them.

Now, IL-5 on the other hand, activates eosinophils, which promote an immune response by releasing more cytokines and leukotrienes.

Similarly, prostaglandins also bind to their receptors in smooth muscles and mucus glands to cause a similar effect. These mediators also increase the vascular permeability in the airways and attract more immune cells to the area.

In this video, we’ll focus on the management of smooth muscle spasms, as relieving the spasms will help in opening up the narrowed airways. Now, to do that, the role of bronchodilators like leukotriene modifying agents and methylxanthines is very important.

Since they are taken peroral, they have a slower onset of action compared to inhaled bronchodilators like albuterol, which is why they are used for asthma prophylaxis and not during an acute asthma attack.

They are especially effective in preventing exercise or aspirin induced asthma.

Since leukotriene receptor antagonists have mild, nonspecific side effects like headache and rash, they are given in combination with other asthma medications like corticosteroids, which can cause immunosuppression, and long acting beta agonists, which can cause arrhythmias.

This will lower the necessary dose of these more dangerous medications, which makes montelukast and zafirlukast great supportive medications.

Next, let’s move on to the leukotriene synthesis inhibitors like zileuton, which is also peroral.

After absorption, it enters immune cells like mast cells and inhibits the enzyme 5-lipoxygenase, which stops the synthesis of leukotriene from arachidonic acid.