Kallmann syndrome occurs when the fail to migrate into the hypothalamus during embryonic development.

A 22-year-old man comes to the clinic because of a lack of sexual development. All of his friends have gone through puberty and he is embarrassed by his young appearance. His temperature is 37.0°C (98.6°F), pulse is 76/min, respirations are 12/min, and blood pressure is 121/76 mm Hg. Physical examination shows Tanner stage 1 development of the genitals and pubic hair. Neurologic examination shows an inability to identify different smells. Laboratory studies show decreased testosterone and luteinizing hormone. Which of the following is the most likely diagnosis? 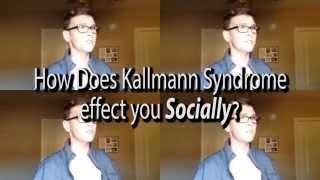 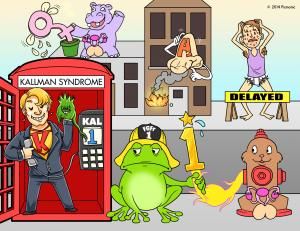