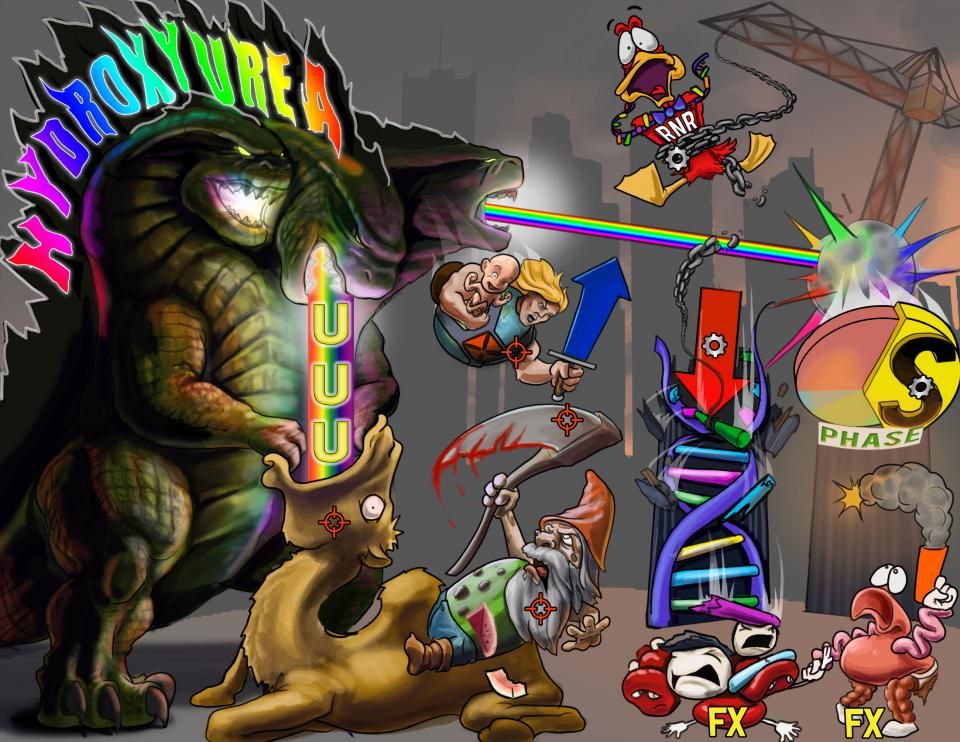 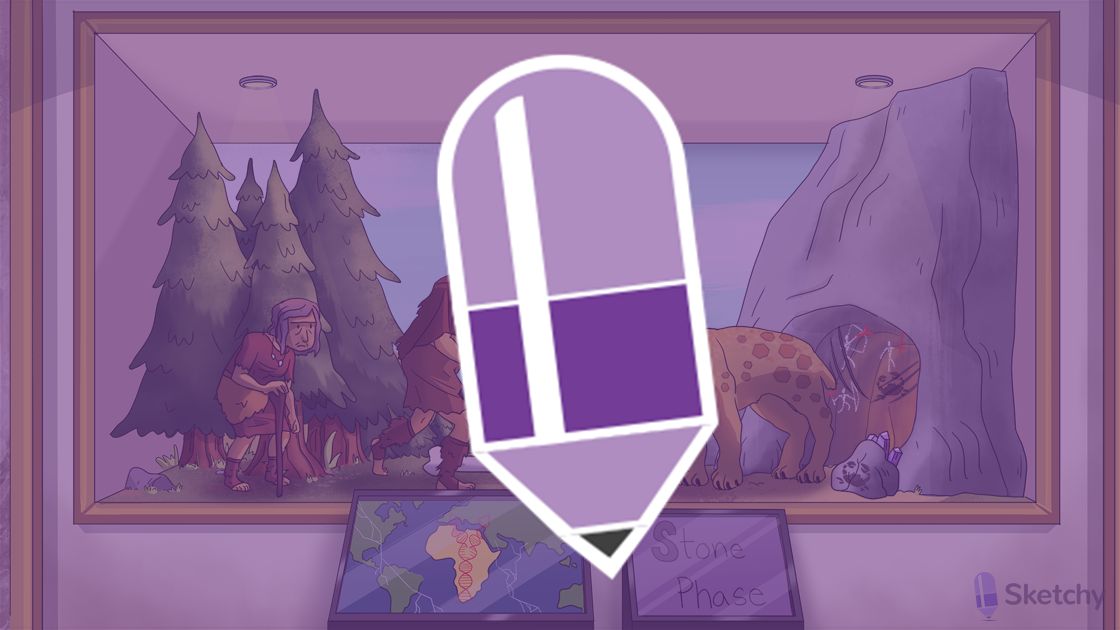 Now, a single chromosome is made up of a single DNA molecule that has two strands, which wrap around one another to form a double helix.

Each single strand of DNA is composed of a sequence of DNA nucleotides.

The most basic structure of the nucleotide can be broken down into three subunits; a five carbon sugar, a phosphate group, and a nitrogenous base, also known as a nucleobase.

The five carbon sugar is either deoxyribose in DNA or ribose in RNA.

Now, the nucleobases can be either pyrimidines or purines.

The 3 pyrimidine bases are cytosine, or C; thymine, or T, which is DNA specific; and uracil, or U, which is RNA specific.

There are also two purine bases, adenine, or A; and guanine, or G.

Now, if we link up just the sugar and the nucleobase, we’ve got ourselves a nucleoside.

To make a nucleotide, all we’ve got to do is add a phosphate group to the 5th carbon of the sugar on a nucleoside.

So a cytoplasmic enzyme called ribonucleotide reductase, also known as ribonucleoside diphosphate reductase, will reduce the ribose within them into deoxyribose, creating deoxyribonucleotides, which then travel to the nucleus where DNA synthesis takes place.

Alright, now the cancer cells are going through the phases of the cell cycle like normal cells, but they divide much more frequently.

Therefore, cancer cells replicate their DNA all the time and they need more deoxyribonucleotides for this process.

This makes them more sensitive to cytotoxic medications like the ribonucleotide reductase inhibitors, since they decrease the amount of available deoxyribonucleotides.

Ribonucleotide reductase inhibitors act in the S-phase of the cell-cycle, where the DNA replicates, and so they are cell-cycle specific.

There are also normal tissues that divide rapidly like bone marrow and hair follicles, which explains why these medications are more toxic to these tissues.

Okay, ribonucleotide reductase inhibitors are a diverse group of medications and include hydroxyurea, fludarabine phosphate, and gemcitabine.

Let’s start with hydroxyurea, also known as hydroxycarbamide, which is administered orally.

Hydroxyurea binds to the iron molecules in ribonucleotide reductase, which prevents the enzyme from functioning.

Hydroxyurea is used for myeloproliferative disorders, a group of disorders characterized by proliferation of the bone marrow cells from the myeloid lineage, like chronic myelogenous leukemia and polycythemia vera.

Hydroxyurea is also used for sickle cell disease because it stimulates the production of fetal hemoglobin, or HbF, although the exact mechanism remains uncertain.

Side effects include severe myelosuppression, presenting as leukopenia, macrocytic anemia, and occasionally thrombocytopenia.

Other side effects include gastrointestinal disturbances, pneumonitis, and mild skin reactions.

Hydroxyurea is also associated with minimal teratogenic effects but its safety during pregnancy is not yet determined.

Next is fludarabine phosphate, which is a fluorinated and phosphorylated analog of the antiviral agent vidarabine.

It can be administered either intravenously or orally.