A 4430-g (9-lb 10-oz) male newborn is delivered at term to a 30-year-old woman. The pregnancy was unremarkable, but the second stage of labor was complicated by recurrent late decelerations and required vacuum assistance. Apgar scores are 6 and 8 at 1 and 5 minutes, respectively. The newborn is evaluated 6 hours later for scalp swelling. Temperature is 35.6°C (96.1°F), the pulse is 186/min, respirations are 40/min, and blood pressure is 40/28 mm Hg. The patient appears pale. Physical examination shows a diffuse, fluctuant swelling of the head that extends to the orbital ridges anteriorly, to the nape of the neck posteriorly, and the level of the ears laterally. Which of the following is the most likely cause of this infant’s presentation? 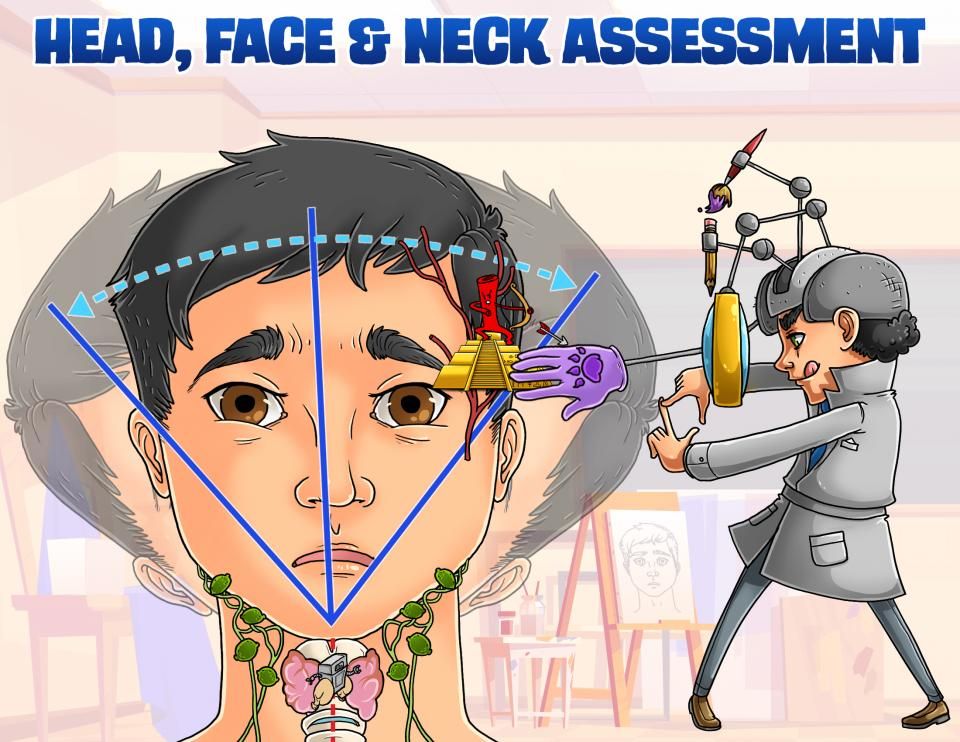 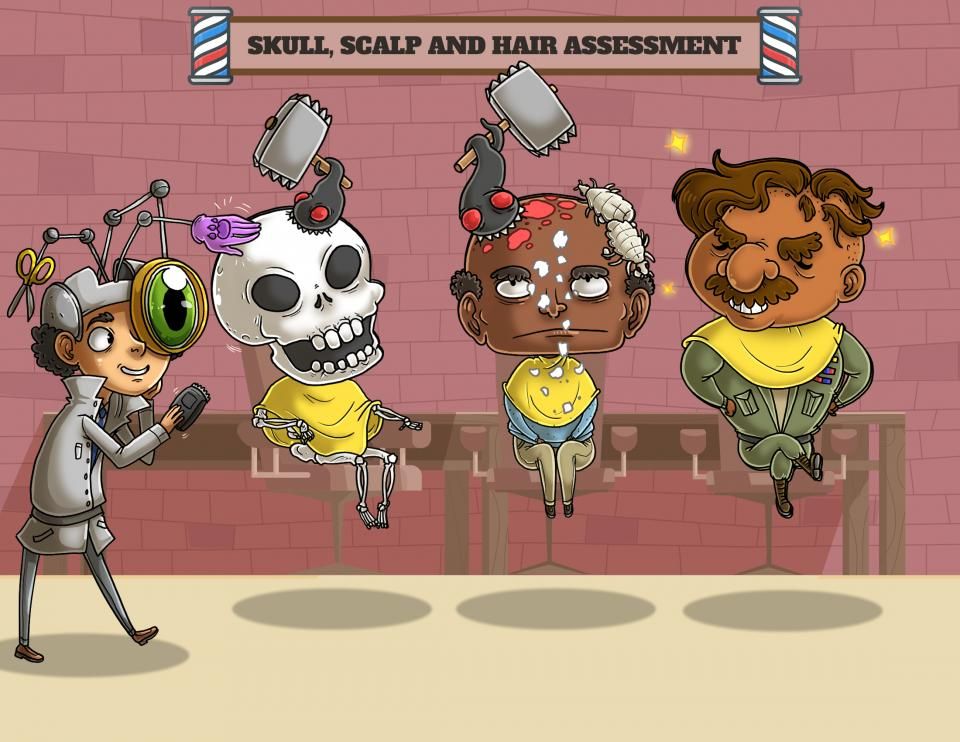 The head is one of the most complex parts of our body. Besides having an abundance of muscles, nerves and blood vessels, it protects our brain and houses various facial structures. In this video, we’ll go through a variety of conditions that can affect the skull, face, and scalp. This might not be the easiest subject to learn about, but you’ll see that it’s nothing to get a headache over!

First, let’s discuss the bones of the skull that make up the cranial vault, which as a group are also called the calvaria. We’ll start from the very beginning of their development. See, the flat bones that make up the skulls of neonates have gaps between them and these gaps are covered by fibrous membranes. These membrane-covered gaps between the bones are called fontanelles. The anterior fontanelle is a large diamond-shaped area found at the junction of the sagittal suture, coronal sutures and frontal suture.

By palpating fontanelles before they close, bone growth and development of the skull can be assessed. How fontanelles look is also important from a clinical standpoint. For example, a depressed fontanelle can indicate dehydration, while a bulging fontanelle can signal increased intracranial pressure.

Now, let’s move on to bone fractures, and to start let's remember an intersection of the skull called the pterion. This is where the frontal, parietal, temporal, and sphenoid bones meet. Now, immediately deep to the pterion is a branch of the maxillary artery called the middle meningeal artery and its branches. So if an individual receives a hard blow to the area of the pterion; this can then fracture these bones right at that weak spot where they all meet. The fracture can then damage the middle meningeal artery, causing significant intracranial bleeding.

Specifically, the bleeding occurs between the outer endosteal or periosteal layer of the dura mater, and the bone. Bleeding in this layer leads to the formation of an epidural hematoma. The typical presentation of an epidural hematoma is the individual may initially lose consciousness, which can be followed by a lucid period where they may act completely normal even though the bleed is getting worse.

Eventually, the individual will eventually show signs of elevated intracranial pressure such as headache, vomiting, and decreasing mental status. Diagnosis requires a CT scan, which shows a biconvex, or lentiform, hyperdense mass between the endosteal or periosteal layer of the dura mater and the bone of the calvarium which does not cross suture lines.

Now, when it comes to injuries to the facial bones, some of the more common fractures are orbital blowout fractures. These can occur with motor vehicle crashes, a direct blow to the eye region, or with certain sports injuries, where in each case, an external force is applied to the orbit and its contents. Since the orbit is a closed space, this external force increases the pressure within the orbit which then leads to a fracture of its thinnest part, usually the orbital floor, which is made up mainly by the maxilla and the zygomatic bone.

Since the maxillary sinus is right below the orbit, the contents of the orbit may be forced through the fractured floor and into the sinus. Usually, the inferior rectus and the inferior oblique muscles are the structures that are forced into the maxillary sinus. This can cause limited movement of the affected eye, which presents as double vision when the individual looks upwards.

A branch of the maxillary nerve called the infraorbital nerve, which travels through the orbit along its floor and emerges beneath it through the infraorbital foramen, can also be damaged. This can cause numbness in the lower eyelid, cheek, nose, upper lip, and upper gingiva. The best way to diagnose an orbital floor fracture is with a CT scan, which can show the fractured bone as well as the herniation of orbital contents into the maxillary sinus.

Okay, time for a quick break! Can you identify the anterior and posterior fontanelle on this image? Also, what can a depressed fontanelle signal?