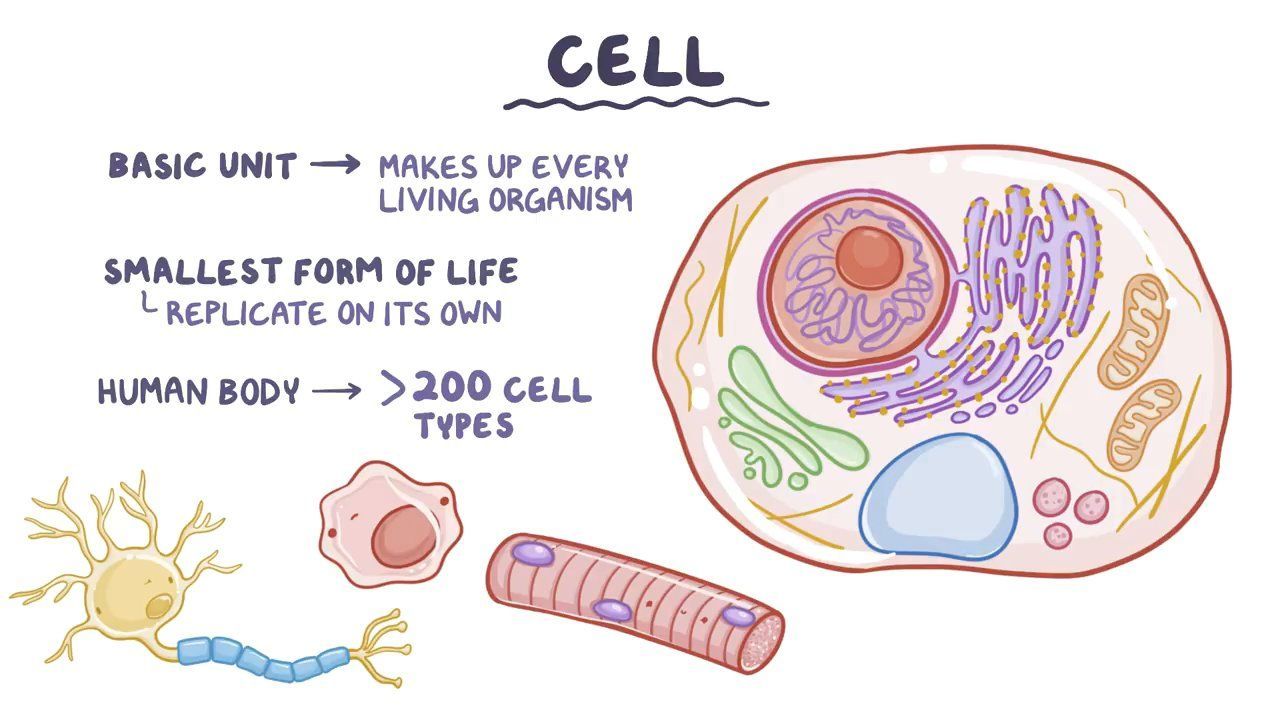 When the cell is preparing for division, chromatin is condensed into .

A 7-year-old boy is brought to the clinic by his parents because of progressive difficulty walking and rapid visual loss over the past 3 months. Over the past year, his teachers have noted some behavioral changes as well as worsening grades. Family history includes a maternal uncle who had similar symptoms and died when he was 9-years-old. His temperature is 37°C (98.6°F), pulse is 72/min, respirations are 22/min, and blood pressure is 78/50 mm Hg. Examination shows hyperpigmentation of the skin. Neurologic examination shows increased tone and decreased power in all extremities. Deep tendon reflexes are 3+ bilaterally. His gait is ataxic. Blood tests show abnormally increased levels of very long chain fatty acids. Which of the following cellular organelles is most likely affected in this patient?

The cell is the basic unit that makes up every living organism.

It’s the smallest form of life that can replicate on its own, but cells in our body differ quite a lot from one another.

The human body alone has over 200 distinct cell types - from long skinny neurons that can get over 1 meter long to macrophages that gobble up pathogens to myocytes that contract to let you to flex your muscles.

But despite their differences, they share lots of similar features.

So let’s imagine the average cell as a small apartment. First, we want some walls to distinction between what’s “outside” and what’s “inside.” These walls are the cell membrane or plasma membrane, and they’re made out of a double layer of phospholipid molecules.

Phospholipids have a “head” made out of negatively charged phosphate, which is hydrophilic - meaning it likes water.

Phospholipids also have a “tail” made out of two fatty acids, which are hydrophobic - meaning, they avoid water.

In water, phospholipids form a bilayer - where the hydrophobic tails are oriented inwards, where there is no water, and the hydrophilic heads oriented outwards, in contact with water molecules.

So the plasma membrane forms a wall with water on both sides.

Fortunately, we have the “doors” and “windows” on this apartment, and they’re made of special protein channels that are, essentially, tiny tunnels through the phospholipid bilayer.

These channels allow water and specific ions like sodium and potassium to come in and out of the cell.

Now, like any well built apartment, our cell has a sturdy framework called the cytoskeleton.

The cytoskeleton is made out of proteins like microfilaments, microtubules, and intermediate filaments, which all provide structural stability.

The cytoskeleton is also very dynamic, allowing the cell to change shape by selectively contracting and extending filaments - which is important in some cell functions, like muscle contraction, cell division, and even cell movement!

The cytoskeleton also helps structures within the cell move from one area to another.

Now that the apartment is built - let’s fill it in. The cell is filled with intracellular fluid called cytosol, which contains various ions like sodium and potassium.

In addition, cells have a number of organelles, which are like little rooms within our apartment.

And together, the cytosol and the organelles make up the cytoplasm of the cell.

Now, the nucleus is a highly specialized organelle, which is home to our genetic material.

In terms of rooms, you can picture the nucleus as the office, with bookshelves containing various books and manuals. How to do home repair, how to do interior remodeling, how to talk to your neighbors, how to take out the trash, and so on.

Extending the analogy, each book would be like a gene that contains the exact information - like a blueprint - needed to build a specific protein.

Drilling down deeper - the exact letters and words of the books are written in the language of DNA.

If the DNA molecule in a cell were stretched out, it would be about 2 meters long!

Fortunately, the DNA is tightly coiled and wound in multiple steps so that it packs down really tight.

Zoomed in to that level, the DNA looks like pearls on a string. But then that “necklace” gets folded further and further, creating an extremely neatly folded and tightly packed form of DNA, called a chromosome.

Now, to make a protein, the DNA of a particular gene has to be transcribed, or copied over into RNA - specifically messenger RNA or mRNA.

Special structures inside the cell, called ribosomes, can then use the mRNA copies to produce proteins!

The ribosomes are made by a structure within the nucleus called the nucleolus out of ribosomal RNA or rRNA and proteins.