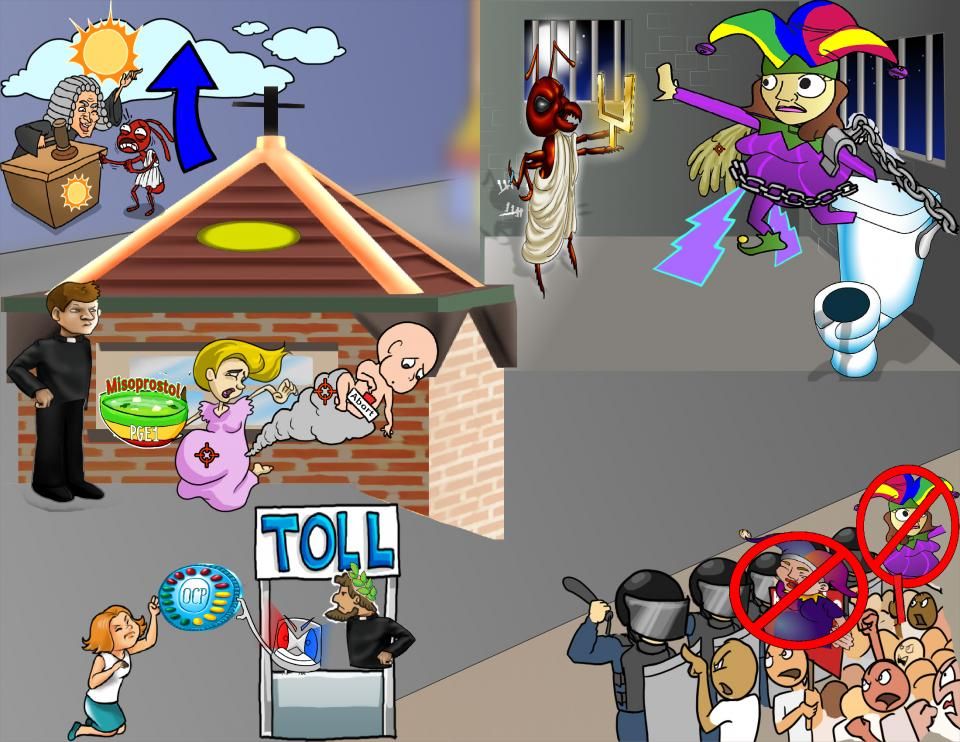 Progestins are a group of synthetic progestogens that have similar effects to those of natural progesterone.

They are mainly used as contraceptives, in hormone replacement therapy, or HRT, and in the treatment of various gynecologic conditions.

Now, antiprogestins act as progesterone antagonists and include mifepristone and ulipristal.

Mifepristone is used for medical abortion while ulipristal is used as an emergency contraceptive.

The hypothalamus secretes gonadotropin-releasing hormone, or GnRH, which travels to the nearby pituitary gland and stimulates it to secrete two hormones, follicle stimulating hormone, or FSH, and luteinizing hormone, or LH.

During the two weeks following ovulation, which is referred to as the ovarian luteal phase, the remnant of the ovarian follicle becomes the corpus luteum, which is made up of luteinized theca and granulosa cells, meaning that these cells have been exposed to the high luteinizing hormone levels that occur just before ovulation.

Under the influence of progesterone, the uterus enters into the secretory phase of the endometrial cycle.

After day 15 of the cycle, the optimal window for fertilization begins to close and the corpus luteum gradually degenerates into the nonfunctional corpus albicans.

When progesterone reaches its lowest level, the spiral arteries collapse and the functional layer of the endometrium prepares to shed during menstruation.

This shedding marks the beginning of a new menstrual cycle and another opportunity for fertilization.

Alright, apart from the female sex organs, progesterone also plays a role in bone strength, as well as keeping the skin elastic.

Also, during pregnancy, the placenta takes over progesterone secretion, which is required to maintain the pregnancy and also helps prepare the breasts for lactation after delivery.

But after menopause, the ovaries run out of functional ovarian follicles. So there’s no theca or granulosa cells to produce any more hormones, which accounts for many of the symptoms preceding menopause, like hot flashes, night sweats, vaginal atrophy, and osteoporosis.

Okay, now progestogens in general are a class of steroid hormones that bind to and activate the progesterone receptor.

Progestins in general decrease growth and increase vascularization of the endometrium, and also thickens the cervical mucus.

While they are able to stabilize the endometrium, they can’t support pregnancy effectively like endogenous progesterone does.

Okay, let’s move on to indications that are common for all progestins.

They can be used as contraceptives, or birth control, either alone or in combination with an estrogen.

They can be administered orally, intramuscularly, through an intrauterine device, or a transdermal implant.

They can also be used in combination with estrogen in hormone replacement therapy after menopause, in women with an intact uterus to prevent endometrial hyperplasia or endometrial cancer.

Even though transitioning into menopause is a natural step in the aging of the female reproductive system, the postmenopausal symptoms may have a negative impact on overall well-being. So in some cases, hormone replacement therapy with estrogens are used to relieve symptoms.

But all women with an intact uterus need progesterone in addition to estrogen in order to counteract the proliferative effects of estrogen to the endometrium, and prevent endometrial hyperplasia and endometrial cancer.

However, women who have undergone hysterectomy should not receive a progestin, because its key benefit is prevention of endometrial hyperplasia and carcinoma, and that’s no longer relevant.

Progestins can also be used in the diagnosis and treatment of various gynecological conditions such as: secondary amenorrhea, which is when a female who previously had menstrual periods suddenly stopped having them for at least 3 months; dysfunctional or abnormal uterine bleeding, which is when vaginal bleeding occurs outside of the regular menstrual cycle; and endometriosis, which is when cells of the endometrium grow outside the uterus.

In amenorrhea for example, individuals might have intrauterine adhesions, or Asherman syndrome.

This is when there is scar tissue inside the uterine cavity, typically in a female who has undergone uterine instrumentation in the past, like dilation and curettage.