A 65-year-old woman comes to the hospital for radical mastectomy of the right breast with reconstruction. She was diagnosed with estrogen receptor positive breast cancer of the right breast. The left breast is conserved. Because of concern for recurrence in her other breast, she is prescribed adjuvant therapy with tamoxifen. Which of the following best describes the mechanism of action of this medication? 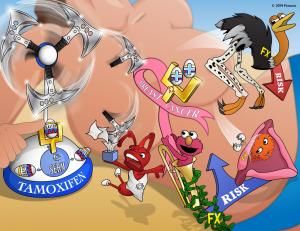 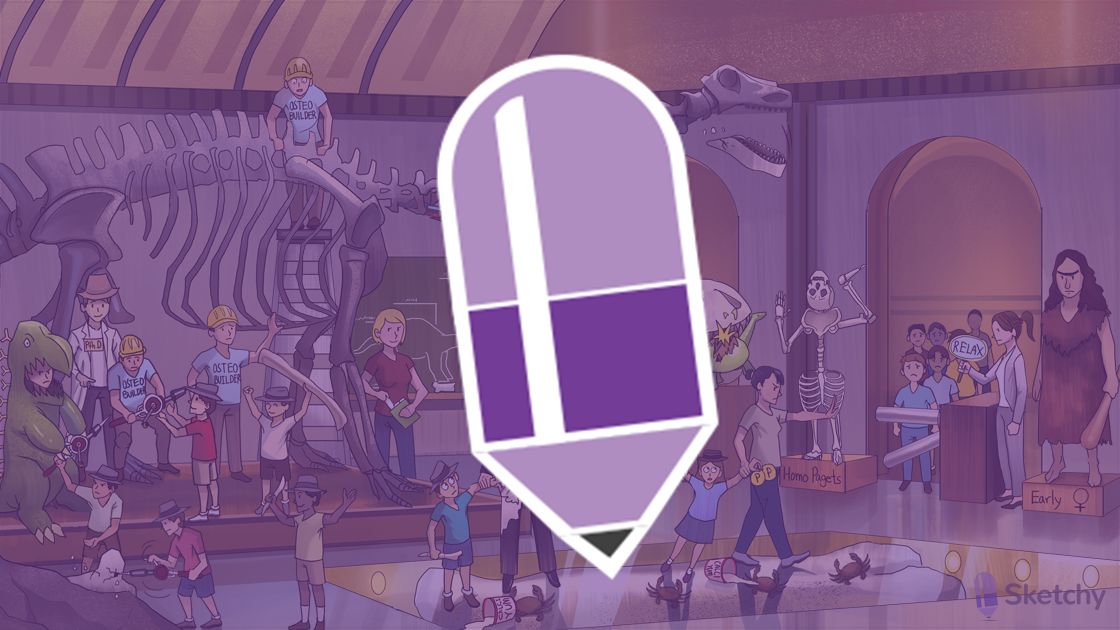 Synthetic estrogens are a class of medications that act like natural estrogens and are mainly used for primary hypogonadism, primary amenorrhea, estrogen deficiency, and as contraceptives.

But first let’s talk a bit about natural estrogen, which plays a big role in the menstrual cycle.

The hypothalamus, which is part of the brain, secretes gonadotropin-releasing hormone, or GnRH, which travels to the nearby pituitary gland and stimulates it to secrete two hormones follicle stimulating hormone, or FSH, and luteinizing hormone, or LH.

FSH and LH make the ovarian follicles, which are scattered throughout the ovaries, develop and secrete the female sex hormones, estrogens and progesterone.

These hormones gradually increase during the first 2 weeks of the cycle, called the follicular phase, but estrogen is the main hormone synthesized during this phase.

The high estrogen levels stimulate the thickening of the endometrium, the growth of endometrial glands, and the emergence of spiral arteries from the basal layer.

The high estrogen levels also make the pituitary more sensitive to the actions of hypothalamic GnRH, acting as a positive feedback signal, and at the end of the follicular phase, it leads to a massive surge of FSH and LH that leads to ovulation where one of the follicles releases an ovocyte.

Okay, now the 2 weeks following ovulation is called the luteal phase, where the follicle that released the oocyte becomes the corpus luteum.

This structure mainly synthesizes progesterone which helps maintain the uterine lining so a fertilized oocyte can implant.

Other than the menstrual cycle, estrogen along with progesterone are also responsible for the maturation of the female reproductive organs during fetal development.

These hormones trigger the growth of the fallopian tubes, uterus, cervix, and vagina.

Estrogens are also responsible for the development of female secondary sex characteristics during puberty, like the growth of breasts and widening of the hips, as well as distribution of fat on the buttocks, hips, and thighs.

They have a protective effect on the cardiovascular system by keeping the blood vessels’ walls flexible, and by lowering the levels of LDL-cholesterol.

So, they help sustain bone density.

The bad news is that during menopause, which usually happens around age 50, the ovaries run out of functional ovarian follicles.

That leads to a decrease in estrogen levels, accounting for many of the symptoms preceding menopause, like hot flashes, night sweats, vaginal atrophy, and bone fractures due to osteoporosis.

However, a small amount of estrogen is still being synthesized by the adrenal glands and the fat cells in the woman’s body.

Synthetic estrogens are estrogen receptor agonists, and include ethinyl estradiol; diethylstilbestrol, or DES; and mestranol.

They can be given orally, via transdermal patches, vaginal creams, or intramuscular injection.

First, they are used for primary hypogonadism, or primary gonadal dysfunction, in which low gonadal activity leads to low levels of estrogen in the body, resulting in delayed puberty, or delayed sexual maturation.

So, synthetic estrogens can stimulate the development of secondary sexual characteristics and accelerate growth.

Now when estrogens are given in girls with hypogonadism, if the dose is not adjusted carefully, they can cause premature closure of the epiphyses of the long bones resulting in short stature.

They’re also indicated for primary amenorrhea where menses fails to occur by the age of 16 in the presence of normal growth and secondary sexual characteristics.

In this case, synthetic estrogens can be given cyclically to mimic the natural menstrual cycle and trigger menses.

Alright, now after menopause, estrogens are also indicated to replace the loss of estrogens and relieve menopausal symptoms, which is referred to as hormone replacement therapy, or HRT.

Another indication is estrogen deficiency resulting from surgical removal of the ovaries or from premature ovarian failure, where the ovaries stop ovulating and producing hormones before the age of 40.

Estrogens are also indicated as hormonal contraceptives along with a progestogen.

Alright, now let’s move on to side effects which include vaginal bleeding, nausea, and breast tenderness.

They also increase the risk of thromboembolic events like deep vein thrombosis in postmenopausal women.

There is also an increased risk for endometrial cancer when given without progesterone to counteract their effects on the endometrium, as well as a small increase in the risk for breast cancer.

Finally, a super important side effect of diethylstilbestrol is that females that were exposed to DES in utero, meaning that they are daughters of women who were treated with DES during pregnancy, can develop vaginal adenosis, and clear cell adenocarcinoma, which is a type of vaginal cancer.

Okay, next we have antiestrogens.

Let’s start by looking at the selective estrogen receptor modulators, or SERMS, which include tamoxifen, raloxifene, and clomiphene.