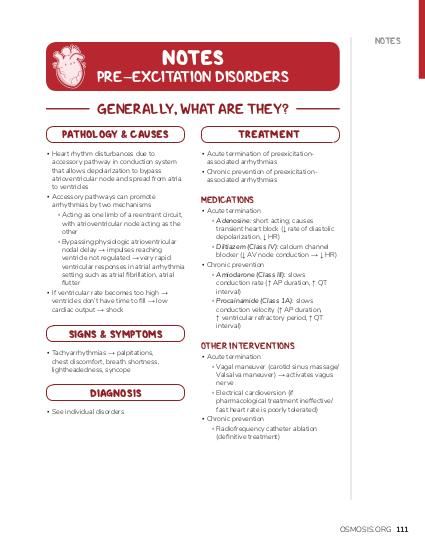 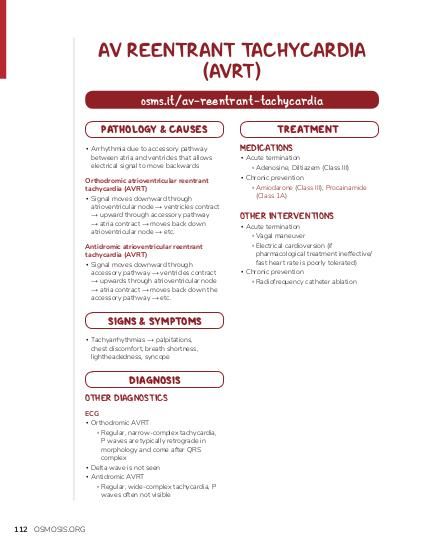 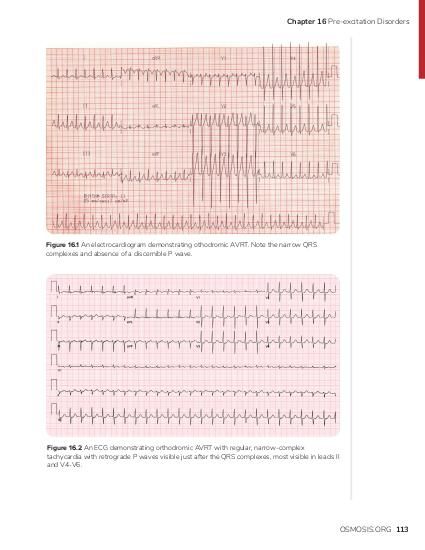 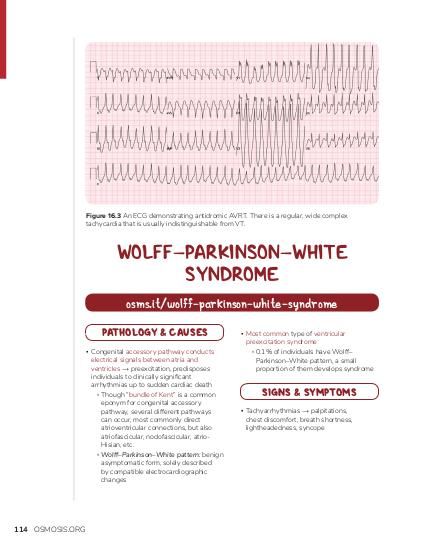 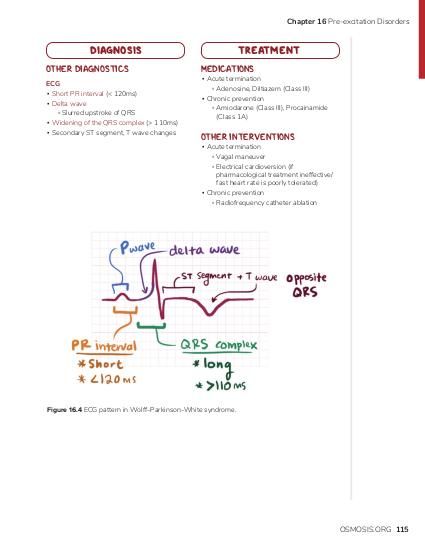 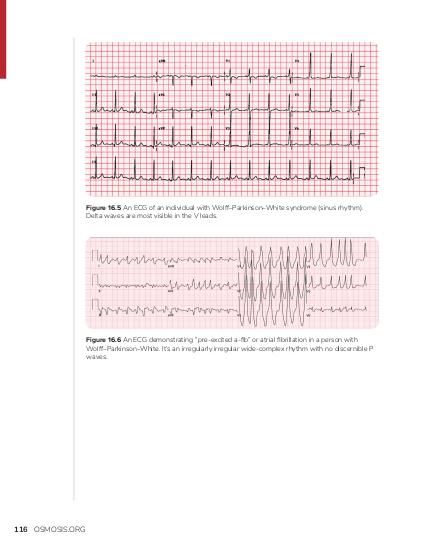 An 11-year-old girl comes to the emergency department by her parents after collapsing outside while running. Prior to the collapse, she had difficulty breathing and moving, and complained of transient heart palpitations. She is disoriented but responsive, with focal deficits indicative of a minor stroke. A syncope workup is performed and an electrocardiogram is obtained, showing a supraventricular tachycardia. Which of the following best describes the finding pointed out by the arrow?

Wolff-Parkinson-White pattern, or WPW, is a type of heart arrhythmia caused by an accessory pathway, or an extra electrical conduction pathway, connecting the atria and ventricles, or the upper and lower chambers of the heart.

Normally, an electrical signal starts at the sinoatrial node, or SA node, in the right atrium. It then propagates out through both atria, including bachmann’s bundle in the left atrium, and contracts both atria. Then, it’s delayed just a little bit as it goes through the atrioventricular node, or AV node, before it passes through the Bundle of His and to the Purkinje fibers of the left and right ventricles, causing them to contract as well.

Now, in a normal electrical conduction system, the AV node is the only place where the signal can get through to the ventricles from the atria. It’s kind of like there’s a gatekeeper that has to stop the signal and make sure everything’s good before letting it pass, so there’s always a slight delay here. People with WPW essentially have a secret, backdoor entrance. Because this entrance is secret, it doesn’t have a gatekeeper; therefore, there’s no delay as the signal moves through it. This secret backdoor entrance is a tiny bundle of cardiac tissue that conducts electrical signals really well, called the Bundle of Kent. Using the Bundle of Kent means the ventricles start to contract a little bit early, which is called pre-excitation. If the Bundle is on the left side of the heart, it’s called “type A pre-excitation.” If it’s on the right side, it’s called “type B pre-excitation.” Type A, on the left side, is a lot more common.

All right, even though one signal sneaks through early, the other signal waiting at the AV node eventually makes its way through, and the two signals essentially combine to contract the ventricles. So, on an ECG, people with WPW have a short PR interval with a delta wave, as well as QRS prolongation, which makes sense because the signal’s taking the shortcut and contracting the ventricles early. This means the PR interval is shorter, and the overall QRS complex is longer. People with WPW usually have a PR interval less than 120 ms and a QRS complex greater than 110 ms. Also, the ST segment and T wave, which represent repolarization, will often be directly opposite the QRS complex. This WPW pattern doesn’t typically cause any symptoms and is relatively benign.

However, in some cases, this pattern can facilitate certain arrhythmias, make certain arrhythmias more severe, and potentially even cause sudden cardiac death. When this happens, it’s called Wolff-Parkinson-White syndrome. For example, people with atrial arrhythmias might have atrial rates in the 200 to 300 beats per minute range. Normally, the AV node doesn’t allow all of these signals through, and so the ventricles will contract at a lower number; for example, for every three atrial beats, there’s only one ventricular beat, so for 300 beats per minute in the atrium, the ventricle would go for 100 beats per minute.