What is a boggy uterus?

Boggy uterus refers to a clinical finding in which the uterus is identified as enlarged and soft.

The uterus, a muscular organ of the reproductive system, is capable of stretching in order to accommodate a growing fetus. The wall of the uterus consists of three layers: the perimetrium (outer), myometrium (middle), and endometrium (inner). 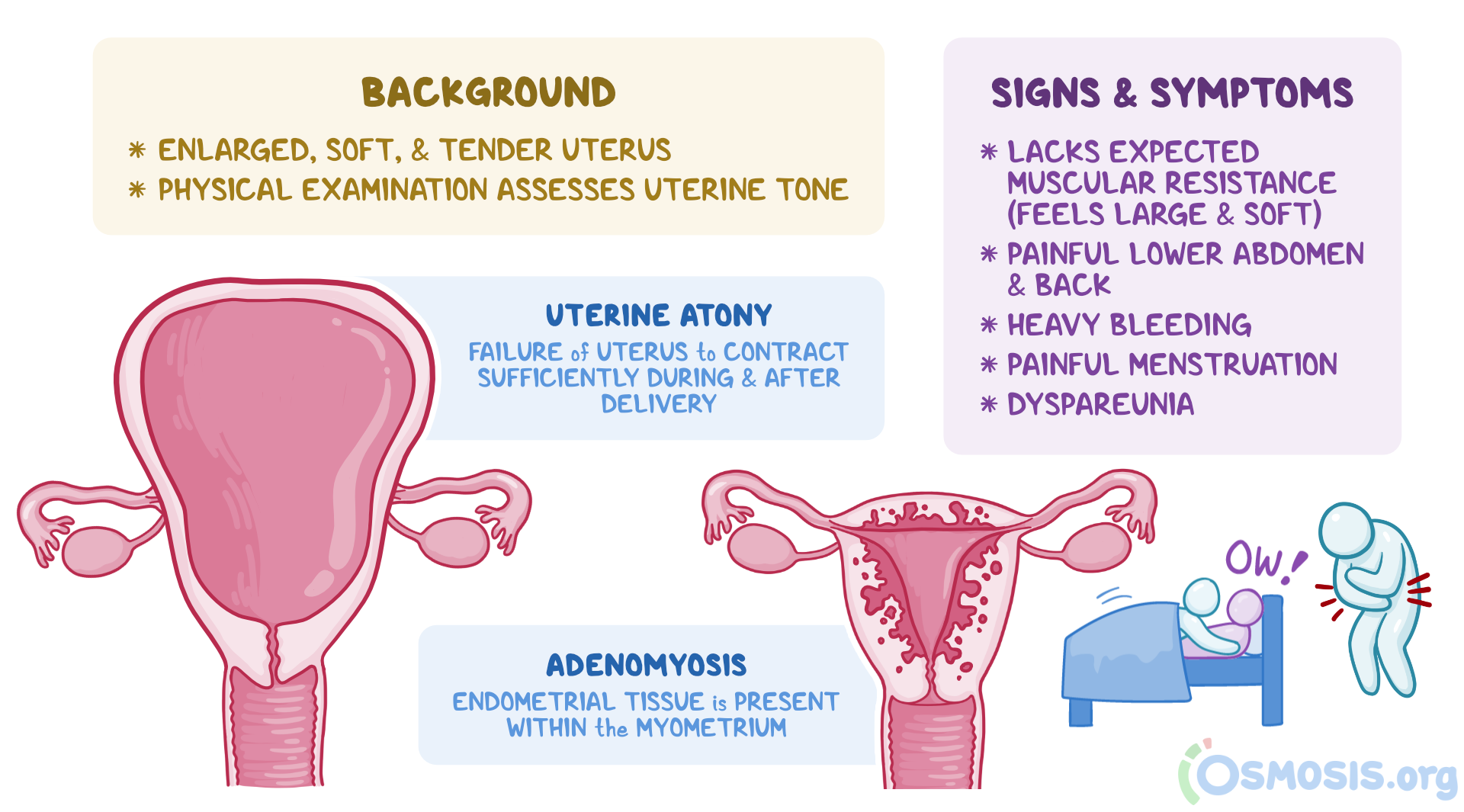 What causes a boggy uterus?

Uterine atony and adenomyosis are the most common causes of a boggy uterus. Uterine atony refers to the failure of the uterus to contract sufficiently during and after delivery.  Uterine atony can occur when the uterus is unable to respond to oxytocin, which is a hormone the body releases before and during childbirth in order to stimulate uterine contractions. As a result, the uterus may lose its normal tone, becoming larger and softer than what is expected.

Adenomyosis is a gynecologic condition in which endometrial tissue is present within the myometrium. The underlying cause of adenomyosis is unknown; however, one of the most commonly accepted theories is that the deepest layer of the endometrium invades the myometrium. Adenomyosis leads to angiogenesis, the increased formation of small blood vessels, and these blood vessels supply the endometrial glands and stroma that are present in the myometrium (i.e., ectopic endometrial tissue). With adenomyosis, there is also an increase in the size and number of the myometrial smooth muscles (i.e., hypertrophy and hyperplasia, respectively). As a result, the uterus increases in size and loses its firm consistency.

A healthy uterus is a muscular organ and presents a feeling of resistance upon physical examination. In contrast, a boggy uterus will feel large and soft, lacking the expected resistance. Additionally, a boggy uterus is usually very tender. Therefore, individuals with a boggy uterus may experience pain, mostly in the lower abdomen and back.

Additional signs and symptoms may differ depending on the underlying condition. With uterine atony, excessive blood loss after childbirth, called postpartum hemorrhage, is the major sign. Excessive blood loss can cause a severe drop in blood pressure and be a life-threatening emergency.

Symptoms of adenomyosis typically include heavy bleeding, painful menstruation, and, at times, dyspareunia (i.e., painful intercourse). Rarely, individuals with adenomyosis may be asymptomatic, or without symptoms.

How is a boggy uterus diagnosed and treated?

Often, physical examination is enough to reveal the characteristic enlarged uterus. Regardless, a transabdominal or transvaginal ultrasound is typically performed in order to confirm diagnosis, especially when adenomyosis is suspected. There are three characteristic findings in individuals with adenomyosis. First, ectopic endometrial tissue is identified on ultrasound as echogenic, or bright, nodules and stripes emerging from the endometrium to the myometrium. Second, diverse echotexture (i.e.,the characteristic pattern of tissue layers as seen in an ultrasound) can be identified on ultrasound due to uneven myometrial thickening. Finally, ultrasound will generally reveal increased vascularity.

An MRI scan can also be performed and may reveal the same findings as to the ultrasound. It is advised to perform both imaging techniques in the late proliferative or secretory phase of the menstrual cycle (i.e., days 7 to 28), as the myometrium is typically more difficult to identify during this period of time.

Treatment options for a boggy uterus vary depending on the underlying cause. Uterine atony is considered a medical emergency, so immediate medical management is required. The administration of medications -- such as oxytocin, prostaglandins, and uterotonic agents -- can help to improve the tone of the uterus and induce uterine contractions. In the case of excessive postpartum hemorrhage, uterine massage in combination with tamponade, which applies pressure to the uterine walls, may be performed. Artery ligation, which involves applying stitches to the main artery that supplies blood to the uterus, and other surgical techniques may be needed to stop the bleeding. When the bleeding is unmanageable, a hysterectomy, the surgical removal of the uterus, may be necessary to save the individual’s life.

Treatment for adenomyosis largely depends on whether the individual wants to be able to give birth to children in the future. Most treatment options target the symptoms associated with this condition. For example, non-steroidal anti-inflammatory drugs (NSAIDs) may provide some relief for heavy periods with painful cramping. Various hormonal therapies, including oral contraceptive pills (OCPs) and hormonal intrauterine devices (IUD), are also available. These therapies reduce the effects of estrogen on the endometrium, preventing the rapid growth of the endometrial tissue, including the ectopic endometrial tissue present in the myometrium.

When medication cannot sufficiently manage the symptoms of adenomyosis, minimally invasive and surgical therapies are suggested. For example, one available treatment option is MRI-guided or ultrasound-guided thermal ablation (i.e., removal) of sites of adenomyosis. Uterine artery embolization, a procedure during which the overall blood flow to the uterus is reduced to decrease the size of the uterus, can also be helpful in individuals with adenomyosis. A partial hysterectomy is a more invasive treatment option. While this procedure may preserve fertility, scarring between the endometrial and myometrial layers is a potential complication. Total hysterectomy remains the most definitive treatment for adenomyosis, although complete surgical removal of the uterus is typically suggested only when all other options have been exhausted.

What are the most important facts to know about a boggy uterus?

A boggy uterus refers to an enlarged, soft, and tender uterus identified during physical examination. It is most commonly caused by uterine atony or adenomyosis. The diagnosis mainly depends on physical examination; however, an ultrasound or MRI scan can confirm the diagnosis. Treatment depends on the underlying cause and the severity of the condition. For uterine atony, medications, uterine massage, tamponade, and surgical interventions are the available options. For adenomyosis, treatment is usually targeted towards the symptoms and can include a combination of hormonal or surgical interventions.

Quiz yourself on Boggy Uterus 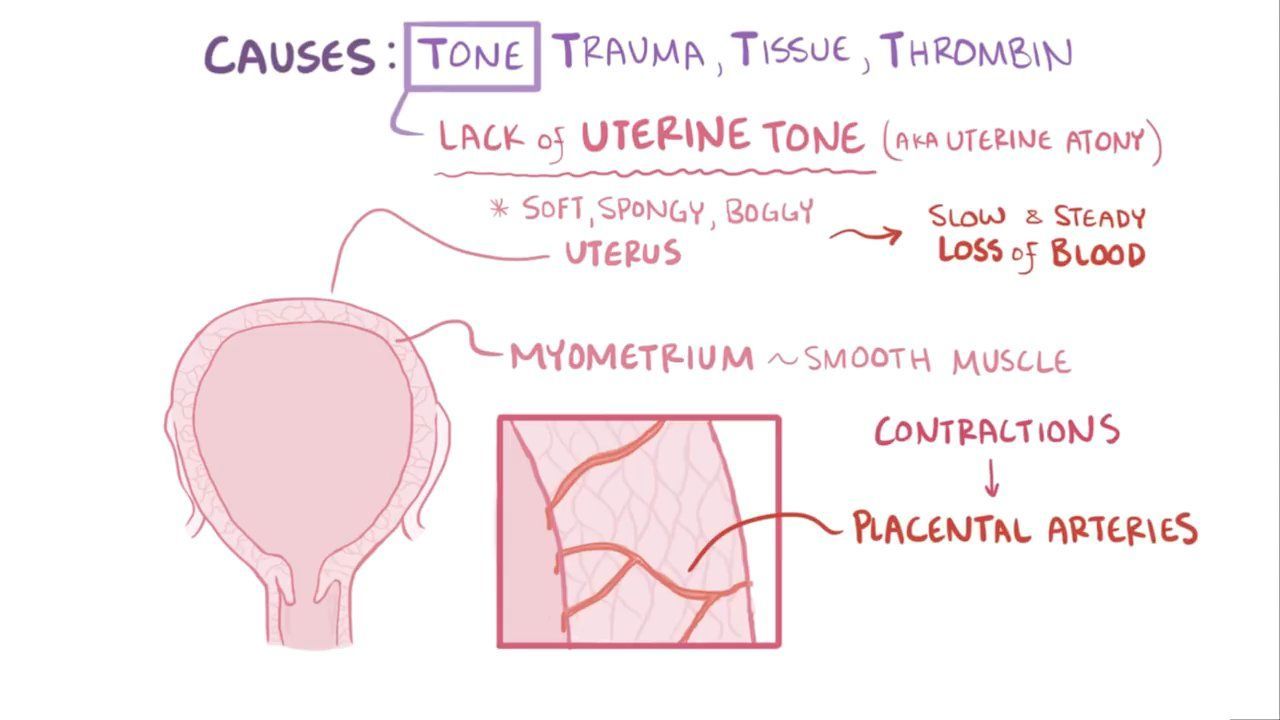 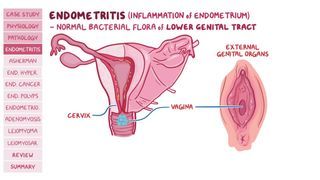 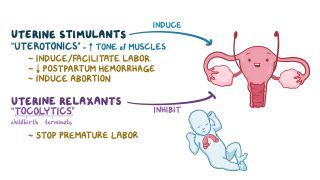 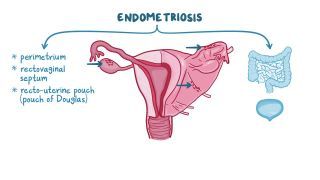 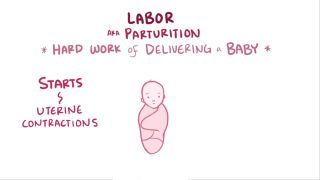