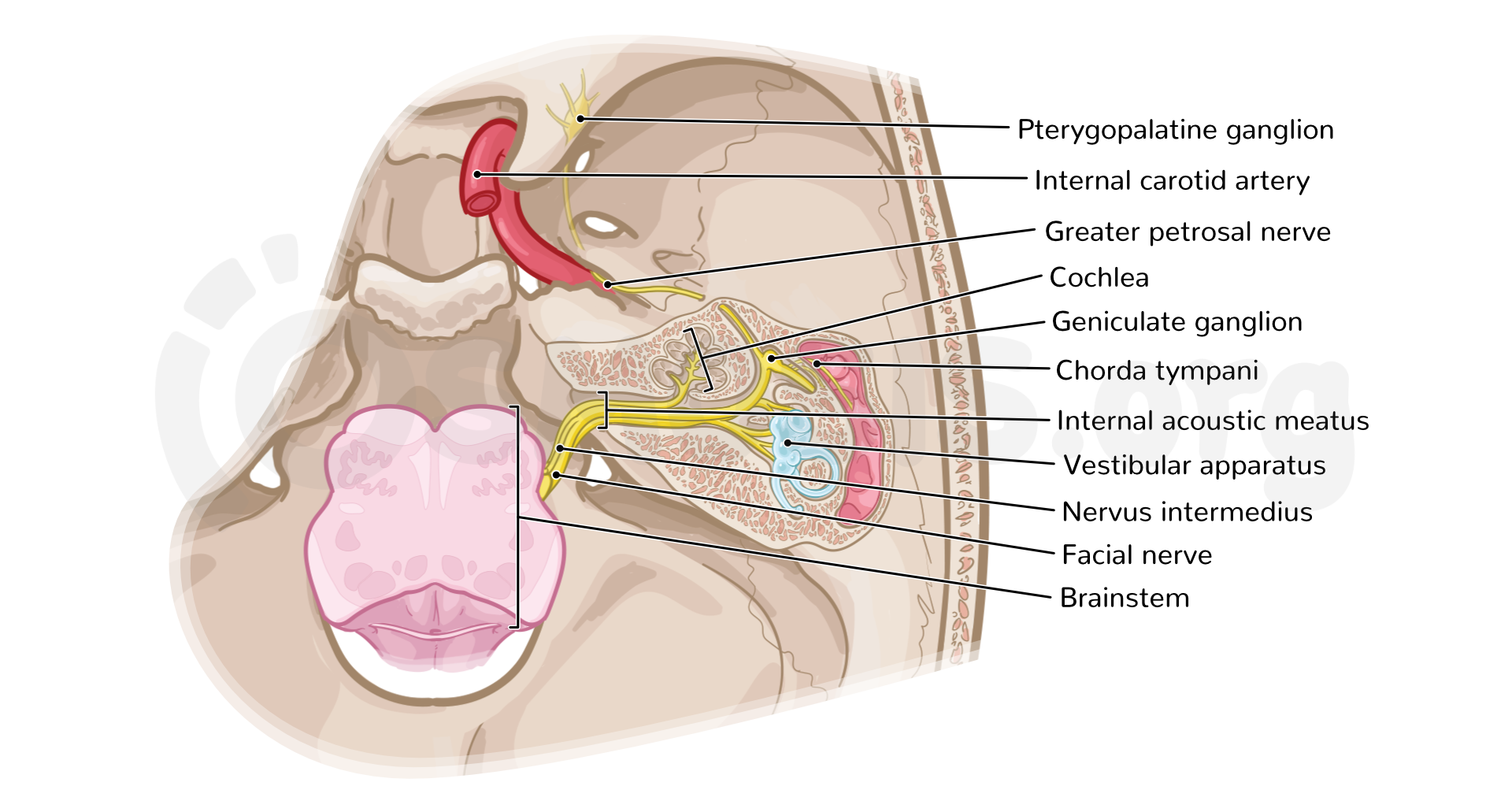 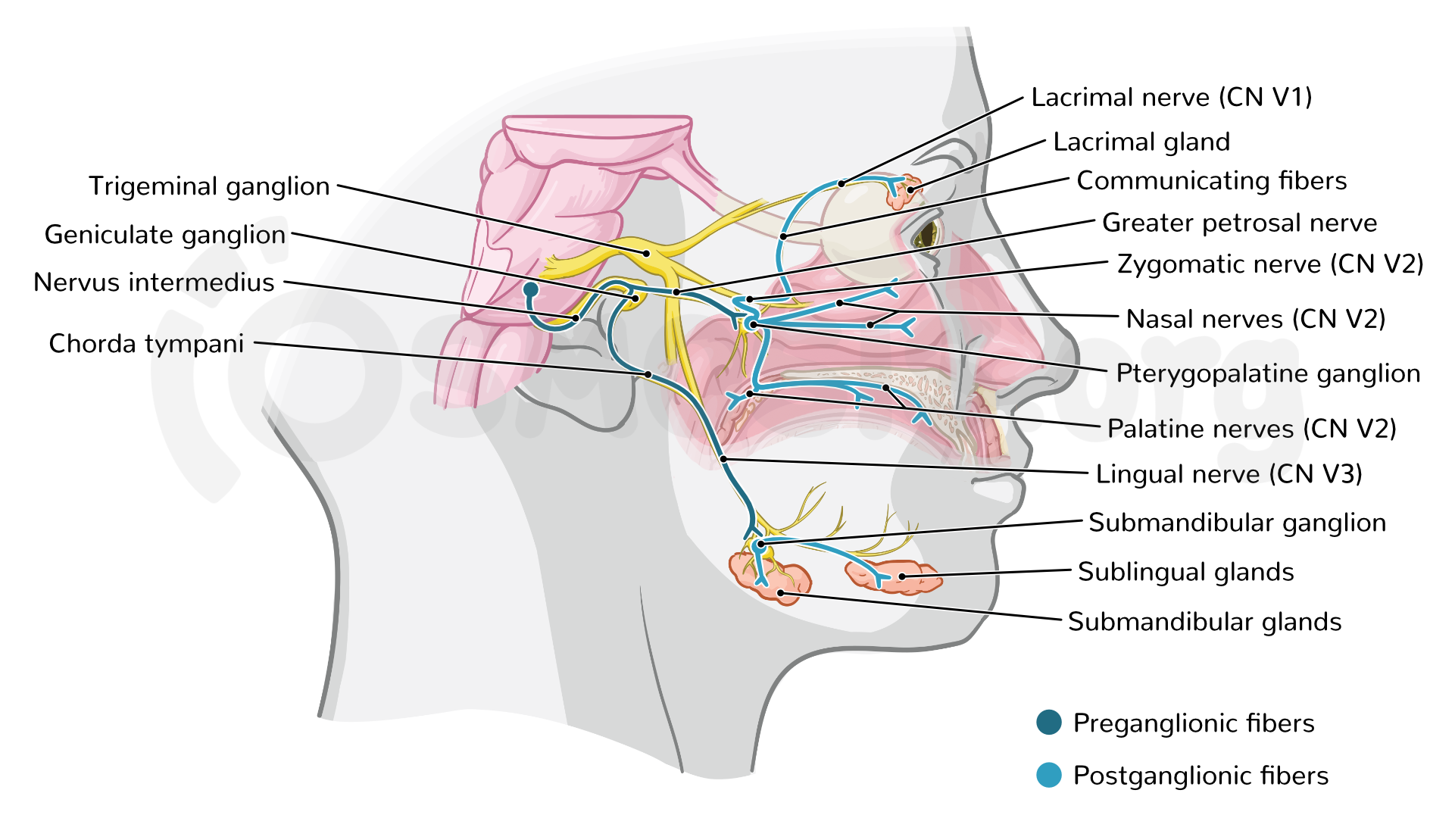 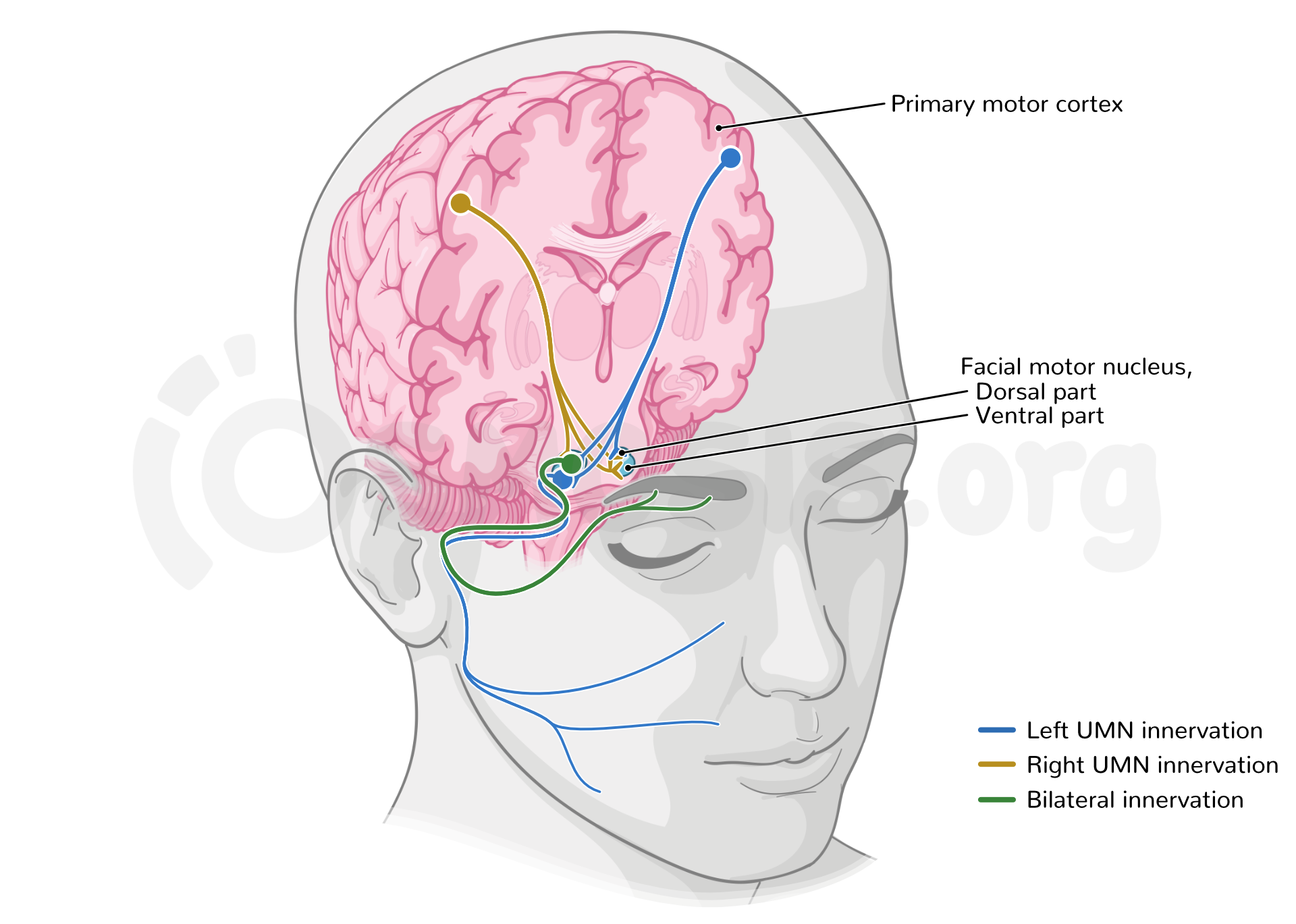 Figure 4: Schematic of the branchial motor pathway of the facial nerve. 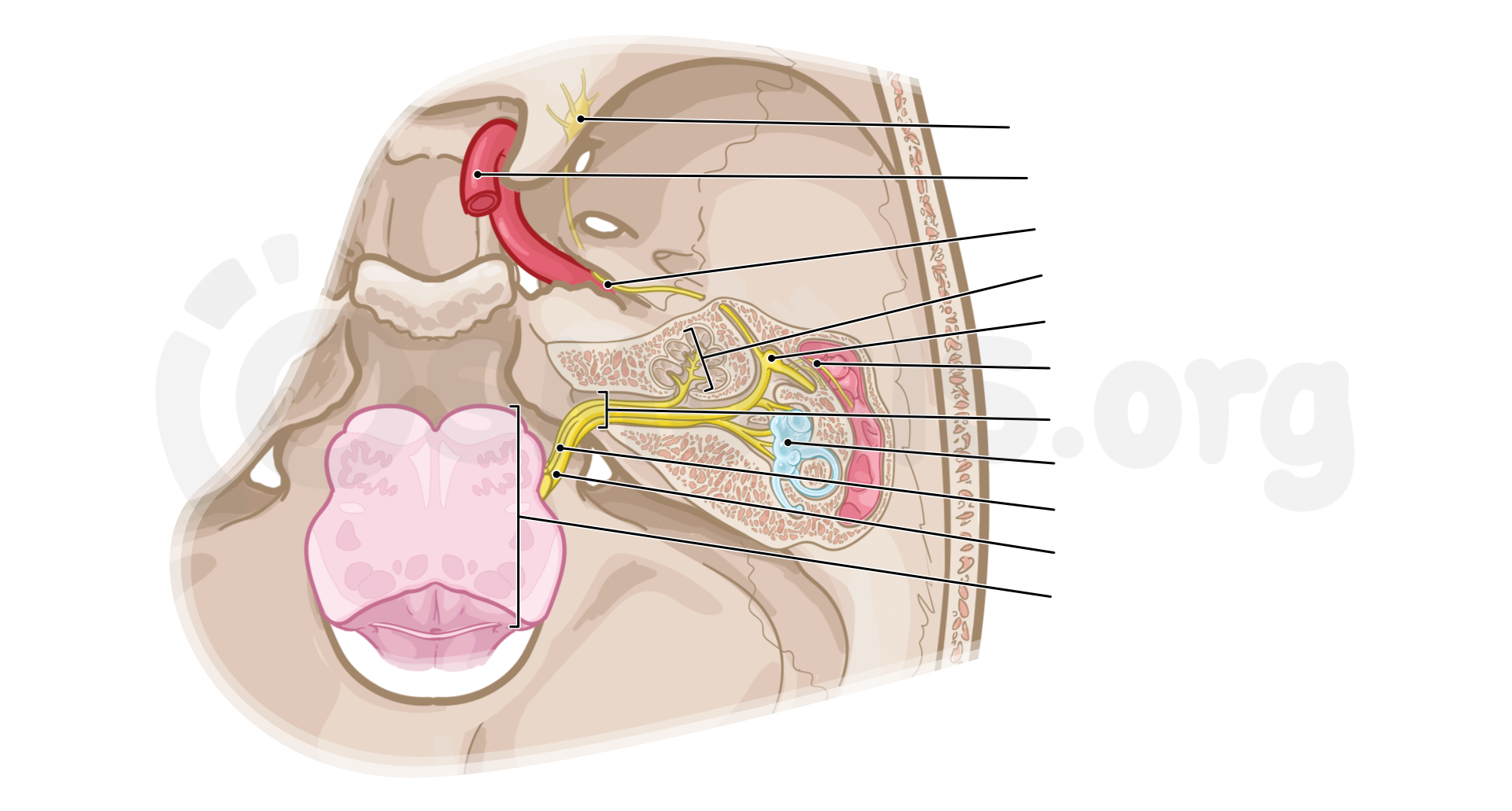 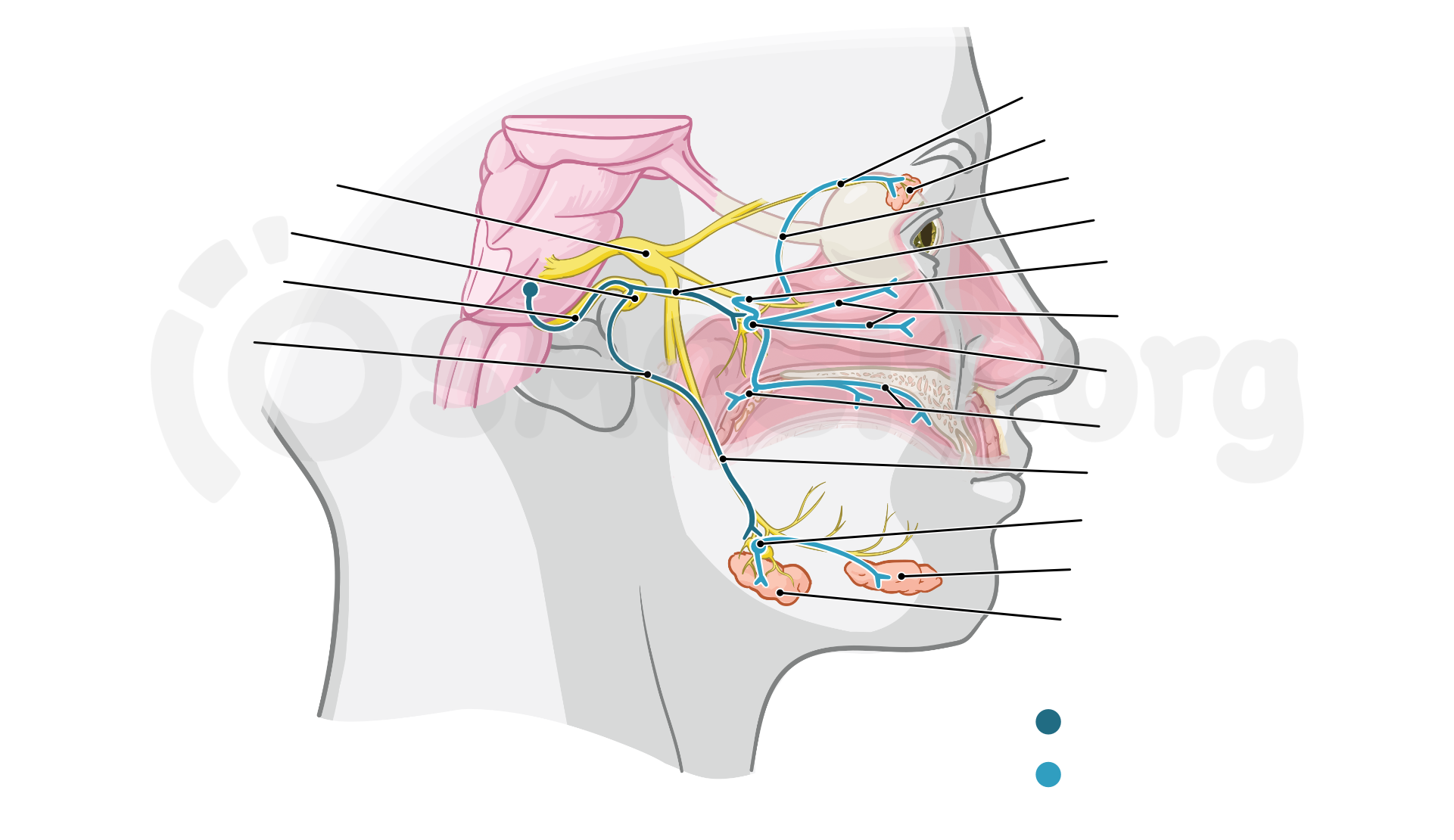 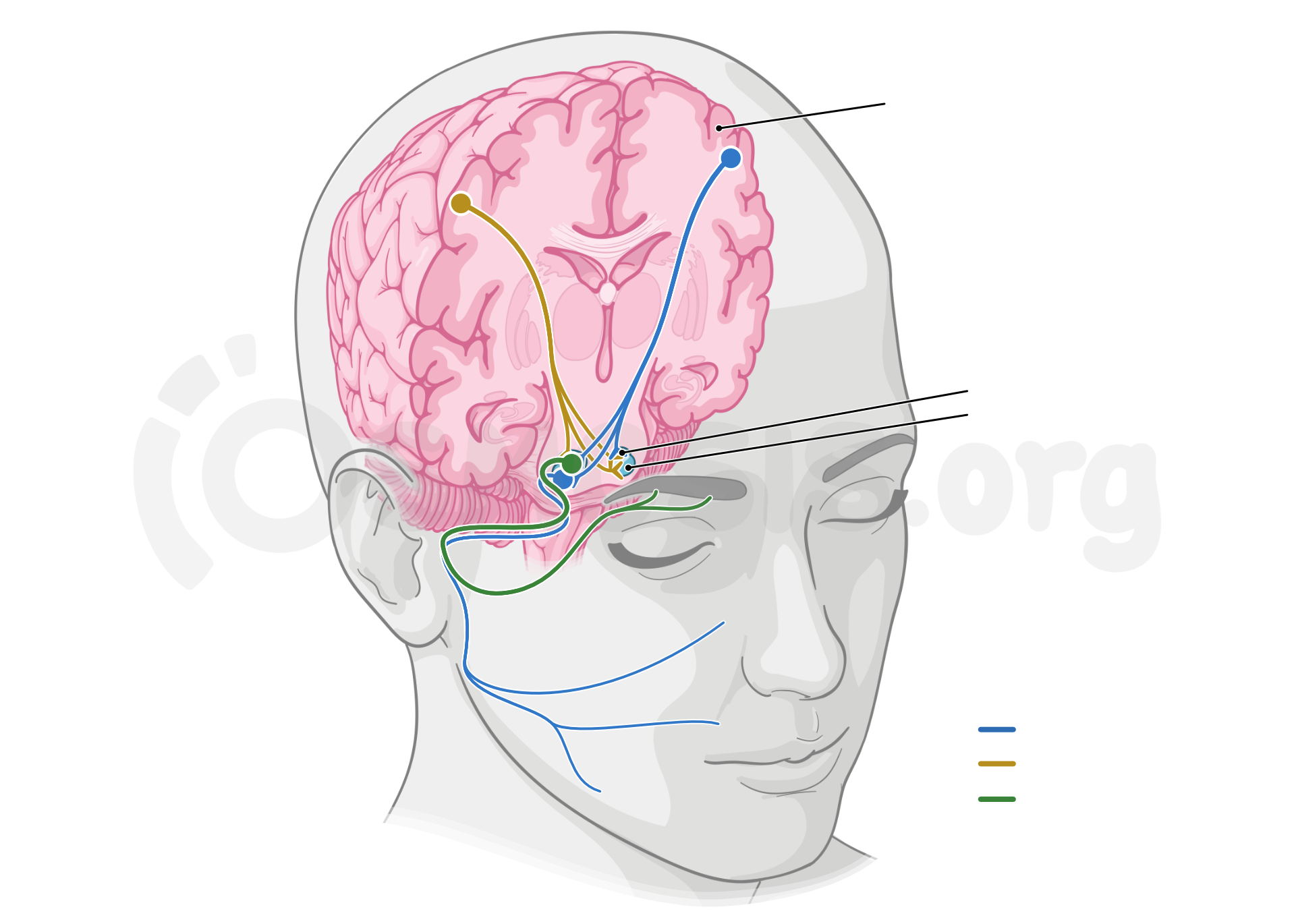 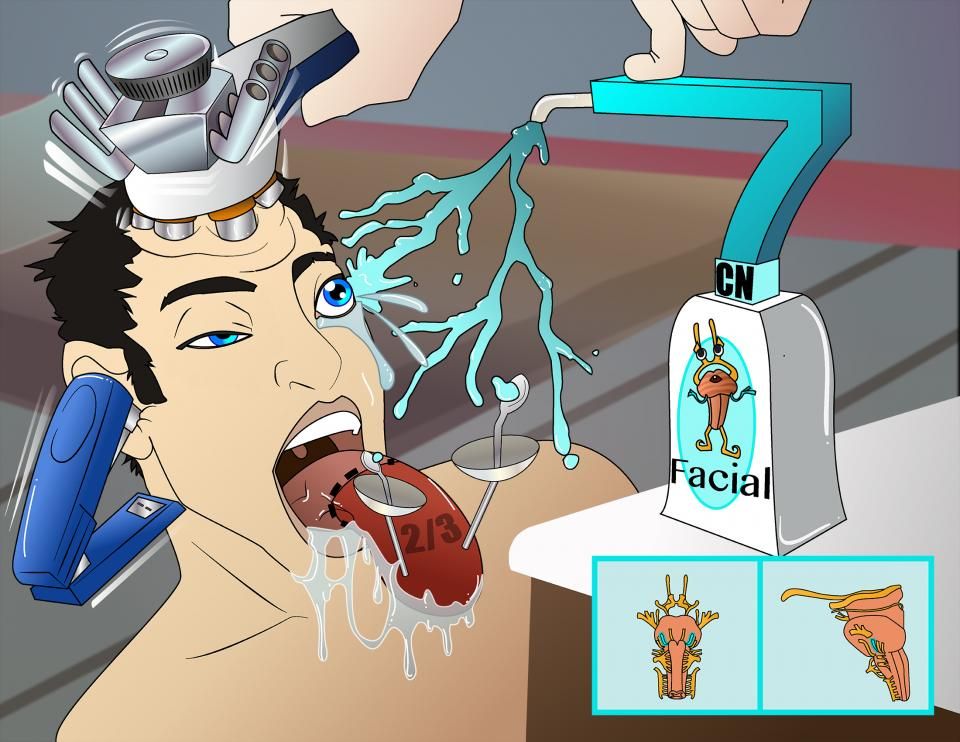 Humans can make thousands of expressions with their faces, and this is possible thanks to the 7th cranial nerve, also known as the facial nerve.

The facial nerve does much more than just control our facial expressions though, it also plays an important role in salivating, sensation for some parts of the skin, and it’s even involved in the perception of taste!

The facial nerve has many functions including somatic sensory, special sensory, branchial motor, and visceral or parasympathetic motor innervation.

Parasympathetic innervation travels with the facial nerve to glands such as the lacrimal glands, nasal glands, palatal mucosal, and submandibular and sublingual salivary glands.

Now, where did the facial nerve come from? The facial nerve actually originates from a structure that begins to appear when we are about the size of a poppy seed, known as the second pharyngeal arch.

Remember, the pharyngeal arches are 6 embryological structures, of which only 5 eventually develop into the muscles, arteries, bones and cartilage of the head and neck.

Many structures are derived from the second pharyngeal arch, such as the lesser horn of the hyoid bone, the styloid process, the stylohyoid ligament, and the stapes.

Importantly, the stylohyoid muscle, the posterior belly of the digastric muscle, the stapedius muscle and the muscles of facial expression are also derived from the second arch, which means they are all innervated by the facial nerve.

Now, the upper motor neuron of the branchial motor pathway for the facial nerve starts from the motor cortex, and its axons travel through the internal capsule to eventually reach the facial motor nucleus located in the ventrolateral part of the pons, where it synapses with the pathway’s lower motor neuron.

The lower motor neuron has axons that pass dorsally, or posteriorly, in order to get around the abducens nucleus in the pons.

Then, they continue their journey ventrally, or towards the front, to exit the pons through its ventral side. These axons form the motor component of the facial nerve, which provides innervation for the muscles of facial expression - like that confused expression we all make when hearing about upper and lower motor neurons for the first time.

Let’s look at the course of the facial nerve and its branches, which begin intracranially and eventually emerge from the cranium to continue extracranially.

So, let’s begin with the intracranial course! The facial nerve emerges from the junction of the pons and medulla, referred to as the pontomedullary junction, as two divisions: a large motor root as we mentioned before, and a smaller root called the nervus intermedius which carries taste, parasympathetic and somatic sensory fibers.

The two roots cross the posterior cranial fossa and then enter the petrous temporal bone via the internal acoustic meatus.

Almost immediately after entering the internal acoustic meatus, the nervus intermedius joins the motor root and together they take a sharp turn and enter the facial canal which is located along the medial wall of the tympanic cavity.

At this bend, there is an important structure known as the geniculate ganglion, which is where the cell bodies of the first order sensory fibers of the facial nerve are found.

Furthermore, instead of travelling through the facial canal, other fibers are given off forming the greater petrosal nerve which travels anteriorly to provide parasympathetic innervation to the nasal, palatine, pharyngeal mucous and lacrimal glands.

Finally, the facial nerve exits the facial canal through the stylomastoid foramen and begins its extracranial journey.

Once the facial nerve exits the stylomastoid foramen, it gives off the posterior auricular nerve which wraps around the posterior aspect of the ear and continues to provide motor innervation to the occipital belly of occipitofrontalis, stylohyoid, and posterior belly of the digastric muscle.

The sensory nerve endings from this site take the somatic sensory information through the geniculate ganglion where its cell bodies are, and the axons continue along the nervus intermedius of the facial nerve.

Within the parotid gland, the facial nerve wraps up its journey by splitting into five terminal branches: the temporal nerve, the zygomatic nerve, the buccal nerve, the marginal mandibular nerve and the cervical nerve, and these branches are responsible for innervating the muscles of facial expression.

A way to remember these branches is using the mnemonic “To Zanzibar By Motor Car!” Let’s take a quick break and try to identify all branches of the facial nerve.

This region receives innervation from upper motor neurons in both the right and left hemispheres of the brain, meaning it is under both contralateral and ipsilateral control.

The ventral region controls the muscles of the lower face, so it helps you smile. This region receives upper motor neuron innervation only from the opposite hemisphere, meaning it is under contralateral control. This correlates with the clinical consequences of an upper or lower motor neuron lesion.