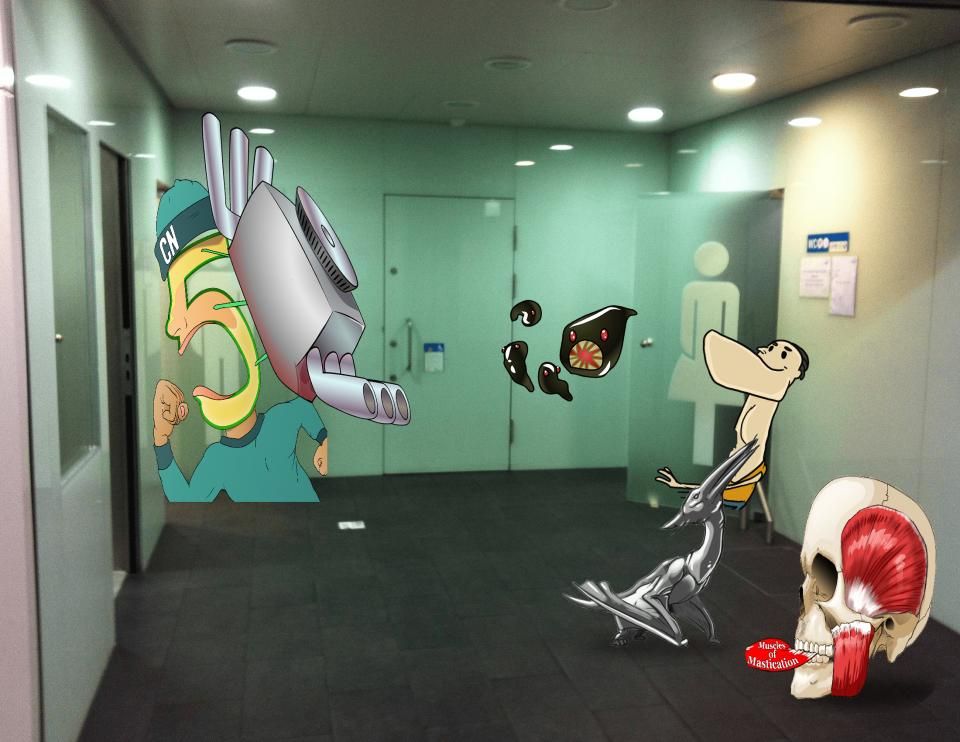 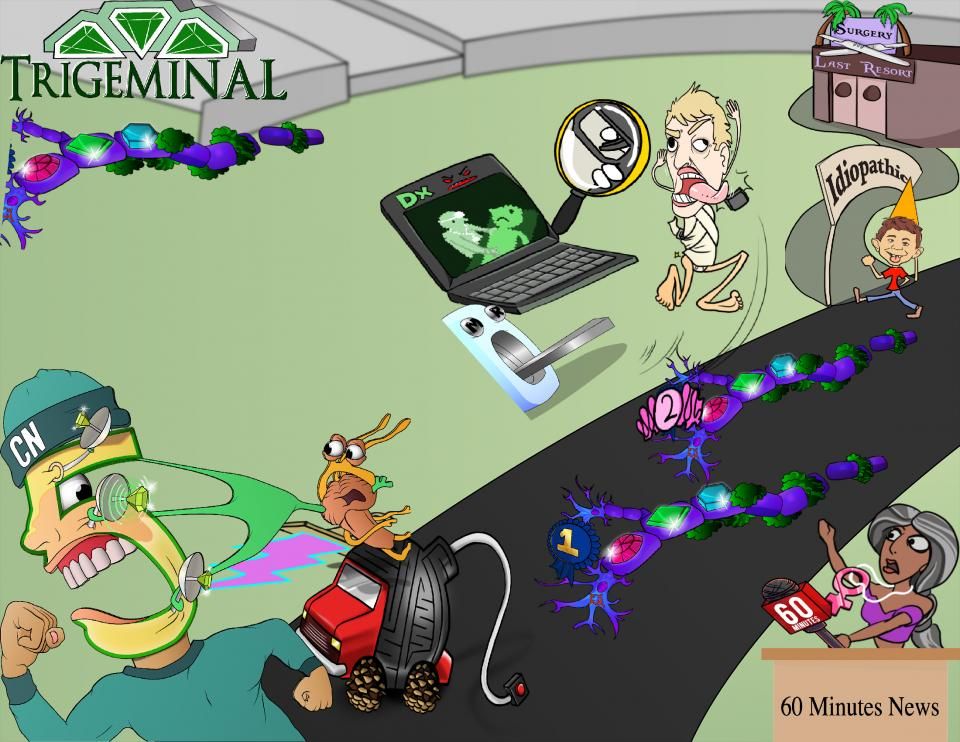 The trigeminal nerve is the fifth cranial nerve. It provides both sensory and motor functions, while also serving as a highway for parasympathetic innervation.

This is the nerve that allows you to feel wonderful things, like the kiss of your partner,

or a summer breeze on your face,

but also less pleasant things, like a dentist drilling into your teeth.

Luckily, understanding the anatomy and distribution of the trigeminal nerve can help us better diagnose and manage several conditions - and it even makes going to the dentist less painful!

Through its branches, the trigeminal nerve supplies sensory innervation to the skin of the entire face, the mucosa of sinuses, as well as the nasal, and oral cavities. It also carries the sensory fibers for taste which go on to travel with the chorda tympani branch of cranial nerve VII, or the facial nerve.

The trigeminal nerve also carries parasympathetic innervation to the ciliary body and sphincter pupillae, the lacrimal gland, the nasal glands, palatal salivary glands, and the parotid, submandibular, and sublingual glands., though these parasympathetic fibres originally arise from other cranial nerves.

Finally, the trigeminal nerve supplies motor innervation to the muscles of mastication. And if all that wasn’t enough, the trigeminal nerve is also involved in the corneal reflex, also known as the blink reflex, which causes involuntary blinking when the cornea is stimulated to protect the eye from foreign bodies, like a pesky grain of sand getting in your eye.

In this reflex, the trigeminal nerve is the sensory or afferent pathway, while the facial nerve serves as the motor or efferent pathway. Talk about a jack of all trades!

So with that in mind, you can see why trigeminal nerve injuries can cause a lot of problems. For starters, if the entire nerve is affected individuals might have decreased sensation, called hypoesthesia, or even complete loss of sensation, called anesthesia, of all areas supplied by the nerve.

Keep in mind that sometimes, only one or two of the divisions might be injured. In the case of a V1 injury for example, the corneal reflex would be absent. You could test for this by stimulating the cornea by lightly touching it with a wisp of cotton. Normally, this would cause involuntary blinking, but if the reflex is absent there will be no blinking.

Now let’s dive a bit deeper into the sensory function of the trigeminal nerve. Remember that the ophthalmic nerve transmits sensory fibers from the eyeball, the skin of the forehead and anterior scalp, the lining of the upper part of the nasal cavity and the air cells, the skin of the dorsal nose and its tip, and it even carries sensation from the meninges of the anterior cranial fossa.

The maxillary nerve transmits sensory fibers from the skin of the face between the palpebral fissure and the mouth, the lateral external nose, the nasal cavity and the sinuses, and from the maxillary teeth.

The mandibular nerve transmits sensory fibers for the skin over the mandible, the side of the cheek and temple, the oral cavity including gross sensation from the anterior two thirds of the tongue, parts of the external ear and tympanic membrane, and the temporomandibular joint.

The pain can last from a couple of seconds to a couple of minutes and can occur multiple times a day. It can be set off by chewing, talking, shaving, washing the face or teeth, hot or cold air, or just by touching an area of the face.

Great! Now let’s look at trigeminal herpes zoster, better known as shingles. This condition is caused by the varicella-zoster virus, the same virus that causes chickenpox. See, if someone has had chickenpox at some point in their life, the virus can remain dormant in the trigeminal ganglion. Later in life, the virus can reactivate and cause shingles in the distribution of any division of the trigeminal nerve on one side. Clinically, trigeminal shingles presents with pain in the affected area. Later, a rash with tiny blisters, called a vesicular rash, will appear.

This condition is most dangerous if it affects the ophthalmic nerve, or V1, because the virus can spread to the eye and cause a major complication called herpes zoster ophthalmicus. Symptoms of this complication include redness of the conjunctiva and sclera, and an inflamed swollen cornea. Corneal inflammation is called acute keratitis, and it’s the most common presentation of herpes zoster ophthalmicus. Unfortunately, acute keratitis can ultimately cause vision loss.

Sometimes this condition can also spread to other parts of the eye and cause uveitis, retinal necrosis, and optic neuritis which can all cause vision loss too.