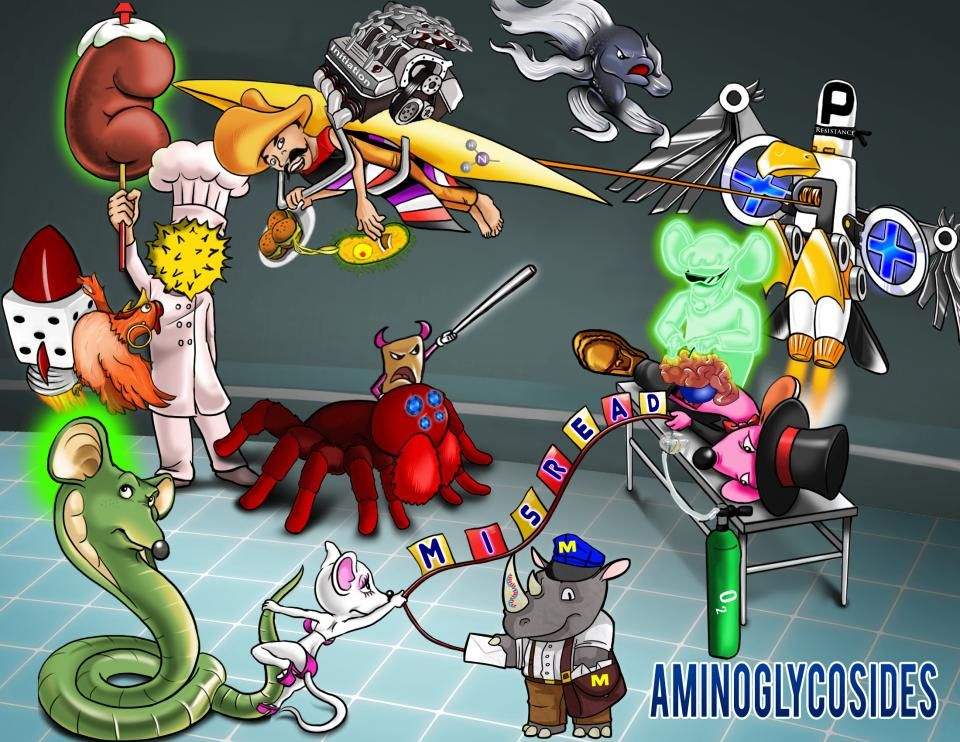 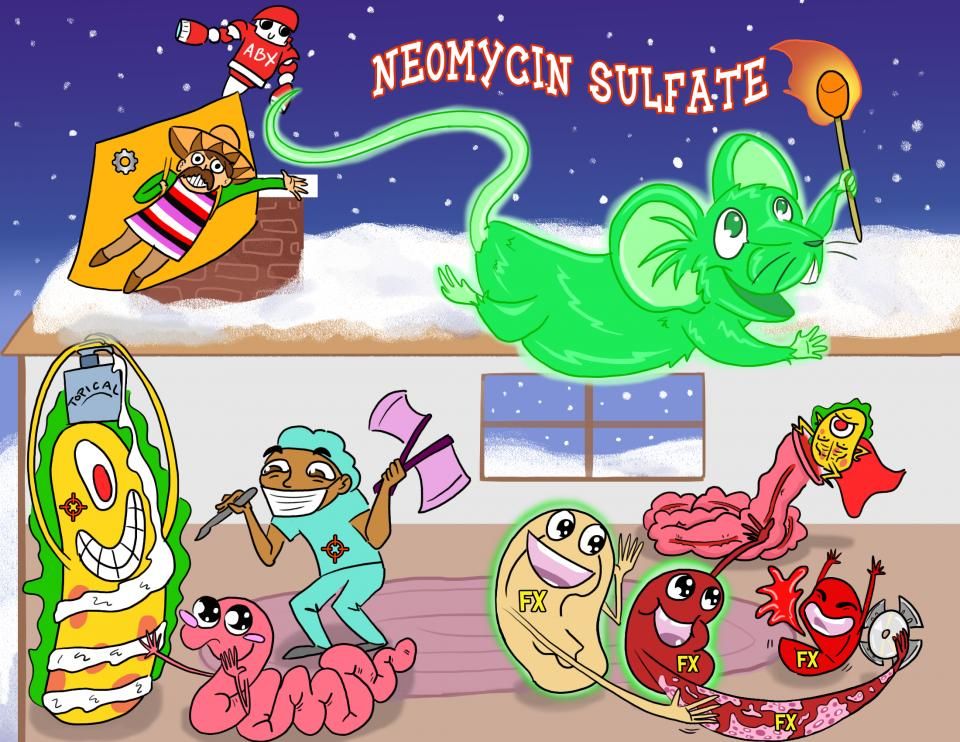 Aminoglycosides are a class of antibiotics used to treat severe systemic infections caused by aerobic, Gram negative bacteria, such as Escherichia coli, Klebsiella pneumoniae, Pseudomonas aeruginosa, and the Enterobacter species.

Additionally, aminoglycosides can be effective against certain Gram positive bacteria when used in combination with cell-wall inhibitors, like penicillins or cephalosporins.

Now, aminoglycoside antibiotics used to treat bacterial infections include streptomycin, amikacin, gentamicin, tobramycin, and neomycin. These medications are poorly absorbed in the gastrointestinal tract, so they are primarily administered intramuscularly or intravenously.

Neomycin can be given orally to treat hepatic encephalopathy and before colorectal surgeries to act directly in the intestinal bacterial flora and reduce the risk of infection after surgery.

Aminoglycosides are powerful bactericidal antibiotics that work by binding to the 30S subunit of the bacterial ribosome. As a result, these medications disrupt bacterial protein synthesis and ultimately kill the bacteria.

Since aminoglycosides need to enter the bacteria in order to be effective, they may be given alongside an antibiotic that inhibits bacterial cell wall synthesis, such as beta-lactams, to facilitate access of the aminoglycoside across the cell wall.

Regarding side effects, one thing to keep in mind is that aminoglycosides have a significant post-antibiotic effect, meaning that their bactericidal activity persists for a period of time even after the antibiotic is stopped.

In addition, although aminoglycosides are very effective antibiotics, they also have a high risk of toxicity, which limits their usefulness.

Aminoglycosides come with a boxed warning for serious risk of neurotoxicity, possibly leading to hearing loss, vertigo, ataxia, and loss of balance; as well as nephrotoxicity, which may progress to kidney failure.

Clients may also present with a skin rash, urticaria, photosensitivity, and alopecia. Often, clients can also experience gastrointestinal side effects, such as anorexia, nausea, vomiting, and diarrhea.

Aminoglycosides can also result in bone marrow suppression, which can put clients at higher risk for infections. Finally, aminoglycosides inhibit the release of acetylcholine from the motor neurons at the neuromuscular junction, so they may cause weakness and paralysis.

This effect is more common if aminoglycosides are given to clients who are also receiving anesthetics or neuromuscular-blocking agents, such as succinylcholine.

As far as contraindications go, aminoglycosides shouldn’t be used in clients with renal or hepatic disease, pre-existing hearing loss, and active infections that could be worsened by the effect of these antibiotics on normal defense mechanisms.

Some aminoglycosides also have a boxed warning against their use in clients with myasthenia gravis or parkinsonism, which could be exacerbated by a prolonged neuromuscular blockade.

Additionally, they have a boxed warning against their use during pregnancy, and they should be used with caution during breastfeeding and in neonates.

Finally, these medications should be used cautiously in elderly clients, as well as in those receiving loop diuretics or other neurotoxic or nephrotoxic medications, because the combination increases the risk of toxicity.

Aminoglycosides refer to a class of antibiotics that work by binding to the 30S subunit of the bacterial ribosome, thus inhibiting bacterial protein synthesis, and then death. Aminoglycosides are used to treat a variety of infections, including respiratory, urinary tract, gastrointestinal infections, meningitis, and sepsis. However, they can cause serious side effects, including ototoxicity (damage to the inner ear) and nephrotoxicity (damage to the kidneys).