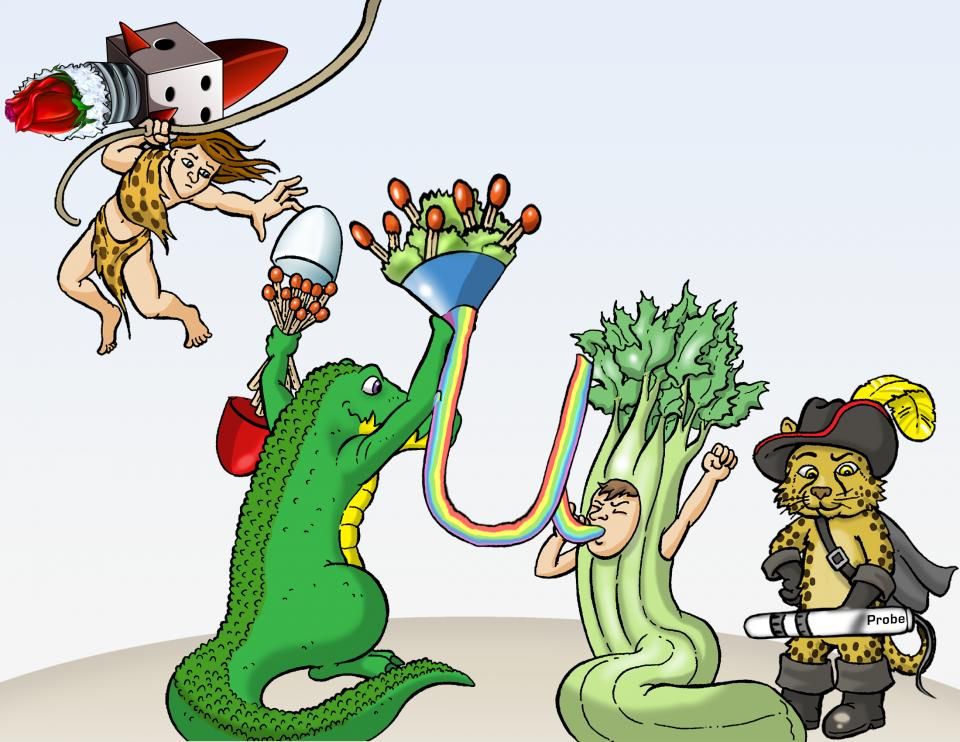 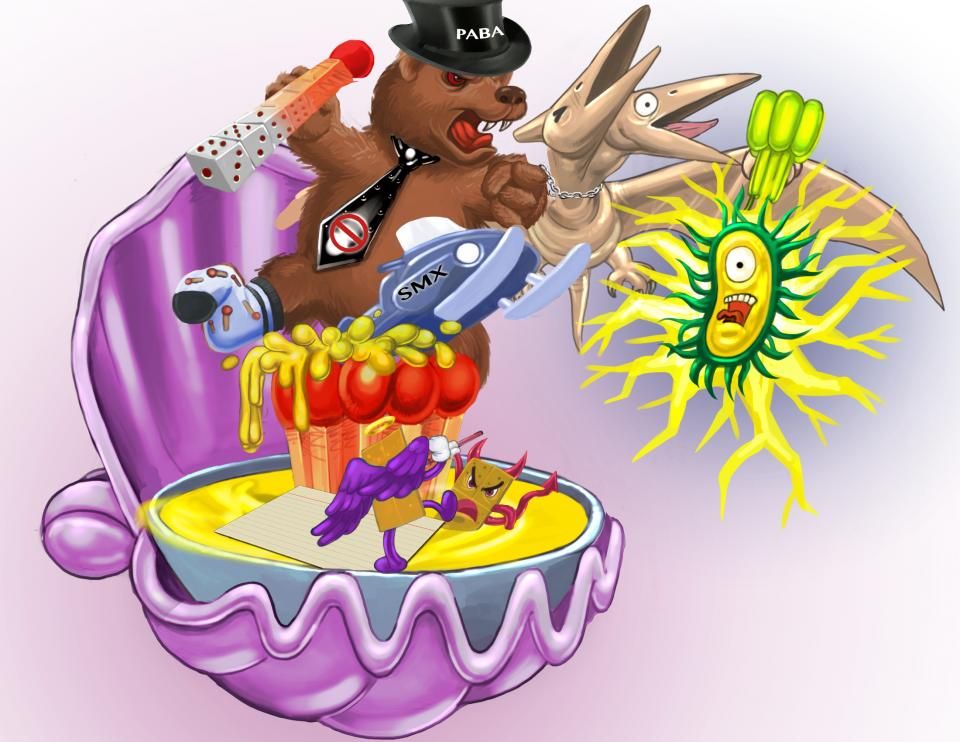 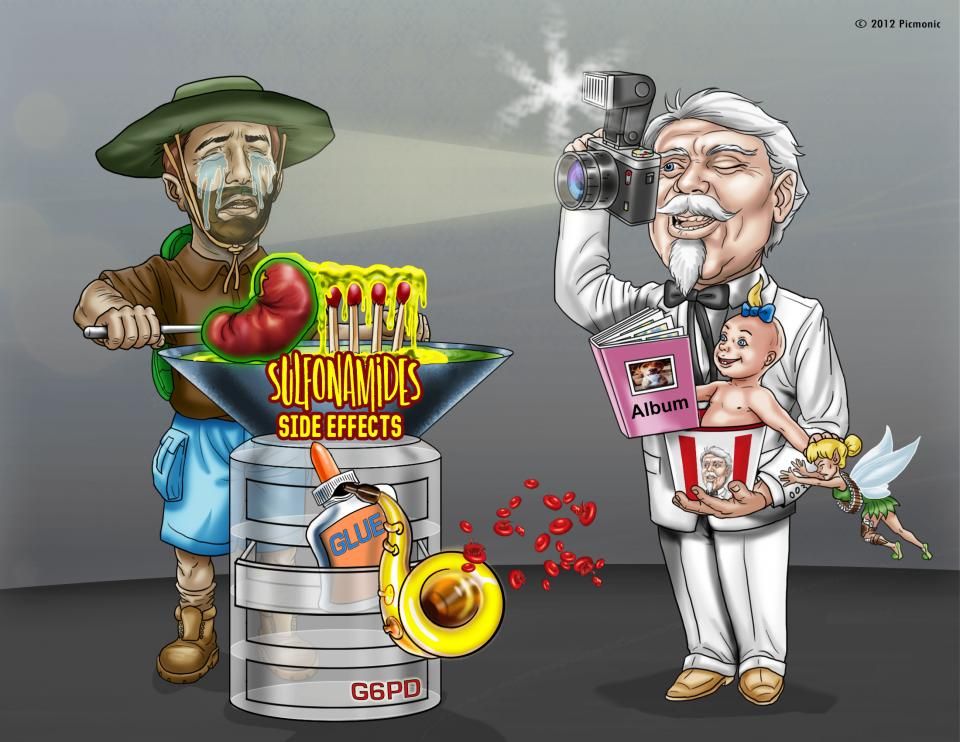 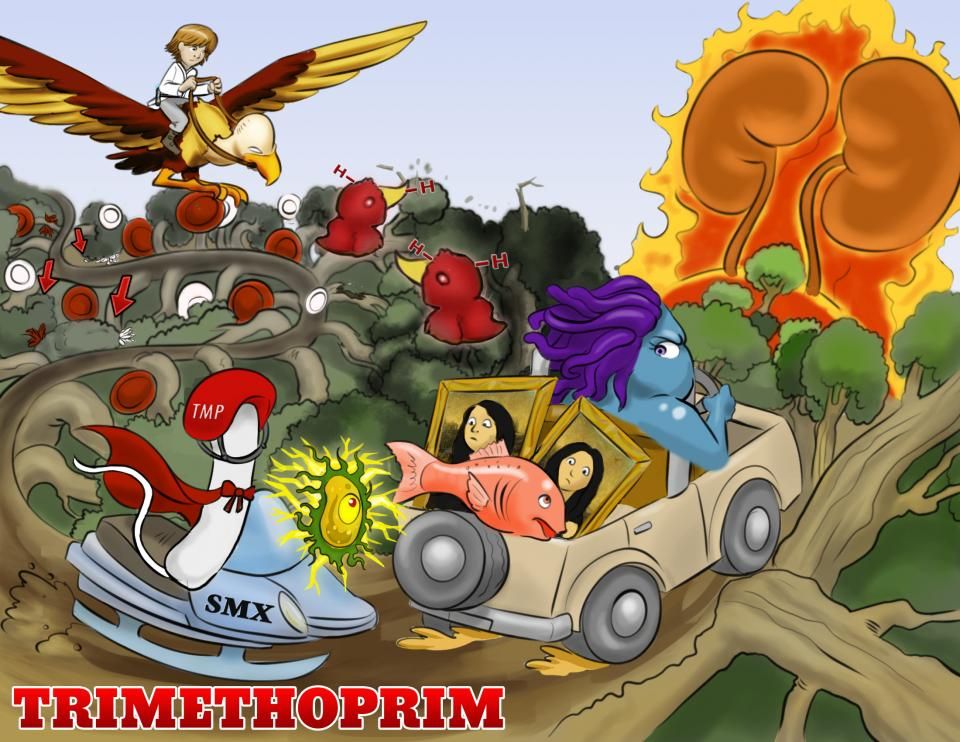 Trimethoprim and sulfonamides are antibiotics that are typically administered in combination as trimethoprim-sulfamethoxazole, or TMP-SMX for short.

It’s the first line therapy for the treatment and prevention of Pneumocystis jirovecii infections, which are caused by a yeast-like fungus that can affect immunocompromised people. Finally, it’s effective against Methicillin-Resistant Staphylococcus aureus, or MRSA.

Trimethoprim-sulfamethoxazole is most often given orally, and for serious infections and Pneumocystis jirovecii pneumonia, it can be administered intravenously.

Now, sulfonamides can also be used alone as sulfadiazine orally to treat infection by Toxoplasma gondii, or as silver sulfadiazine, which is administered topically in clients with second and third-degree burns to help prevent and treat wound sepsis.

Now, once administered, these medications act to inhibit the synthesis of folate, also known as folic acid or vitamin B9, which is necessary for the synthesis of DNA and RNA. As a result, they interfere with bacterial DNA and RNA synthesis, which ultimately kills the bacteria.

Typically, topical silver sulfadiazine is very well tolerated and doesn’t cause many side effects. The most common is agranulocytosis. Others include skin necrosis, erythema multiforme, skin discoloration, burning sensation, rashes, and interstitial nephritis.

On the flip side, the list of side effects for oral sulfadiazine, as well as trimethoprim-sulfamethoxazole, is larger. Luckily, the most common ones are mild and include gastrointestinal disturbances like nausea, vomiting, and abdominal pain.

Other side effects of trimethoprim-sulfamethoxazole include tinnitus, headaches, insomnia, depression, anxiety, or even hallucinations.

More serious side effects include seizures, aseptic meningitis, allergic myocarditis, and hepatotoxicity. They can also affect the kidneys and cause crystalluria as well as electrolyte imbalances, such as hyperkalemia, hyponatremia, while some clients may even develop renal failure or toxic nephrosis.

Trimethoprim-sulfamethoxazole can also cause hematological side effects that could be severe, including hemolytic anemia, thrombocytopenia, and agranulocytosis. Some clients may also develop a skin rash, dermatitis, urticaria, and photosensitivity.

As far as contraindications go, these medications shouldn’t be used during pregnancy and breastfeeding, as well as in infants during the first two months of life,

since these medications can displace bilirubin from its protein-binding sites in blood, which could lead to hyperbilirubinemia and kernicterus in the newborn. Precautions should be taken with elderly clients, as well as in those with hepatic or renal disease.

Besides this, trimethoprim-sulfamethoxazole is also contraindicated in clients with megaloblastic anemia and a creatinine clearance of less than 15mL/min. It should be used cautiously in clients with G6PD deficiency, asthma, or hypothyroidism.