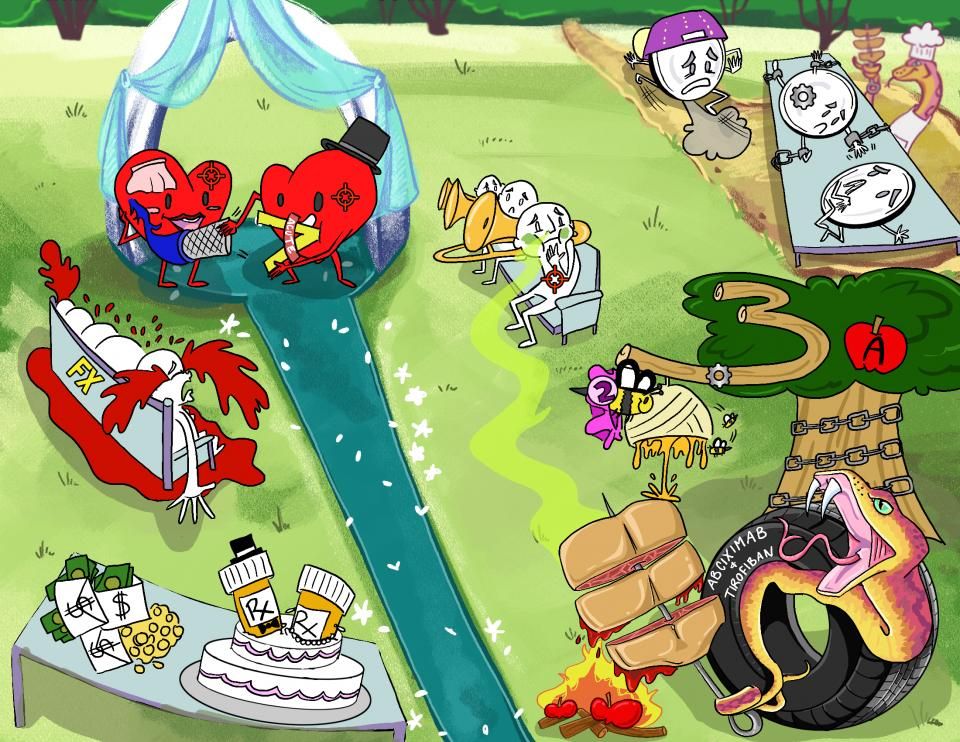 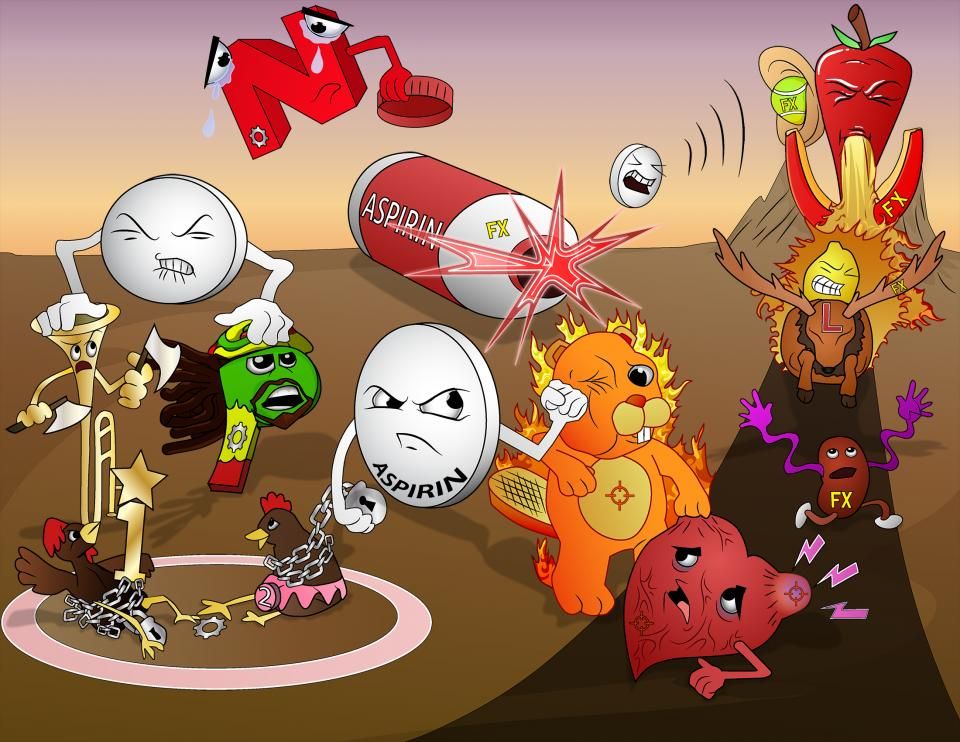 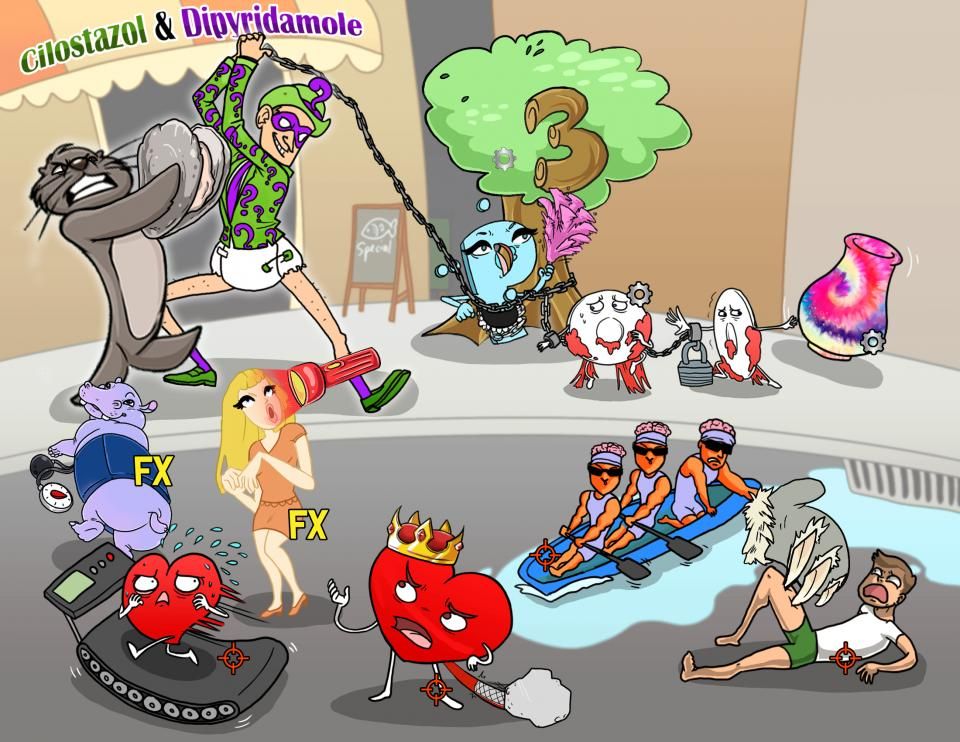 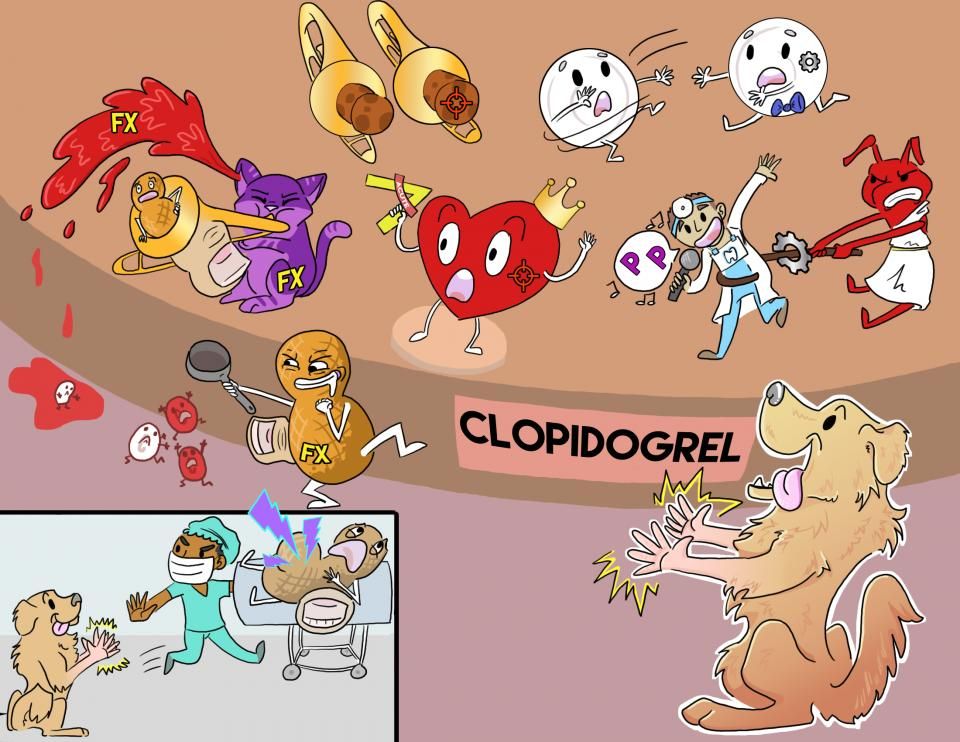 Antiplatelet agents are medications that are mainly used to treat and prevent thromboembolic events like ischemic stroke, transient ischemic attack, and coronary artery disease or myocardial infarction, as well as in clients who underwent cardiac valve replacement or coronary angioplasty, or those with peripheral artery disease.

Now, antiplatelet medications act by preventing the activation of platelets to form a blood clot. When platelets are activated, they start binding to each other.

In addition, they release various activating substances, such as thromboxane A2 and adenosine diphosphate or ADP, to activate other platelets and make them express a new surface receptor called glycoprotein IIb/IIIa or GPIIb/IIIa.

When platelets attach to the same fibrinogen protein, they are linked together. This allows platelets to rapidly aggregate at the site of injury and form a platelet plug, which is a primary clot that can help stop the bleeding.

Based on their mechanism of action, antiplatelet medications can be divided into four groups. These include NSAIDs like acetylsalicylic acid, often referred to as aspirin; ADP receptor antagonists like clopidogrel, prasugrel, and ticagrelor; phosphodiesterase inhibitors like dipyridamole and cilostazol; and glycoprotein IIb/IIIa inhibitors like abciximab, tirofiban, and eptifibatide.

Aspirin is given orally and works by irreversibly inhibiting the enzymes found within the platelets called cyclooxygenase or COX-1 and COX-2. These enzymes are involved in the production of molecules like thromboxane A2, as well as prostaglandins.

So, in the presence of aspirin, platelets don’t produce thromboxane A2, resulting in impaired platelet plug formation. Moreover, since aspirin binds to the COX enzymes irreversibly, its actions last for the entire lifespan of the platelets, which is typically about 7 to 10 days.

Next, ADP receptor antagonists include clopidogrel, prasugrel, and ticagrelor, which are taken orally, as well as cangrelor, which is administered intravenously.

These medications work by binding to a specific ADP receptor on the platelets called P2Y12, and prevent ADP from binding to it.

Without ADP, the platelets can’t express GPIIb/IIIa on their surface and thus, can’t bind to fibrinogen and aggregate. All ADP receptor antagonists, except for ticagrelor, act irreversibly.

Once administered, these medications act by reversibly inhibiting an enzyme within platelets called phosphodiesterase III, which normally breaks down a molecule called cyclic adenosine monophosphate, or cAMP.

As a result, cAMP increases inside a platelet, leading to a reduced sensitivity of the platelet to ADP, so it doesn’t activate.

These medications also inhibit the endothelial cells and red blood cells from taking up adenosine molecules circulating in the blood.

This leaves more adenosine molecules floating around the platelets, which bind to the A2 receptors on the platelet surface and signal to increase the platelet cAMP levels.

As a result, the increased levels of cGMP result in vasodilation. This makes cilostazol particularly useful in the treatment of coronary artery disease and peripheral artery disease.

Finally, glycoprotein IIb/IIIa inhibitors include abciximab, which is a monoclonal antibody; as well as tirofiban and eptifibatide, which are synthetic molecules.

These medications are given intravenously and work by reversibly inhibiting the glycoprotein IIb/IIIa receptors on platelets. As a result, the platelets can’t bind to fibrinogen and form a platelet plug.

Now, the major side effect of antiplatelet medications is undue bleeding, which can manifest as bruising, epistaxis, bleeding gums, gastrointestinal bleeding, and hematuria. Other common side effects include headaches, fatigue, nausea, and vomiting.

Regarding specific side effects, aspirin may lead to gastritis, gastric ulcers, and bleeding, which occur due to a decrease of protective prostaglandins in the gastric mucosa.

Aspirin can also cause hypersensitivity reactions at low doses, which can cause anaphylaxis, bronchoconstriction, dyspnea, and wheezing. In addition, since it contains salicylate, it is associated with ototoxicity, which may result in tinnitus and hearing loss.

Chronic use of aspirin can damage the kidneys and result in renal insufficiency, due to a decreased blood flow to the kidneys.

On the other hand, side effects associated with ADP receptor antagonists include dyspnea, cough, and back pain. In addition, prasugrel and ticagrelor have a boxed warning for serious and fatal bleeding.

Additionally, these medications can cause tachycardia and palpitations, as well as orthostatic hypotension, and cilostazol has a boxed warning for heart failure.

Finally, glycoprotein IIb/IIIa inhibitors can cause side effects like thrombocytopenia and serious bleeding, as well as anaphylaxis.