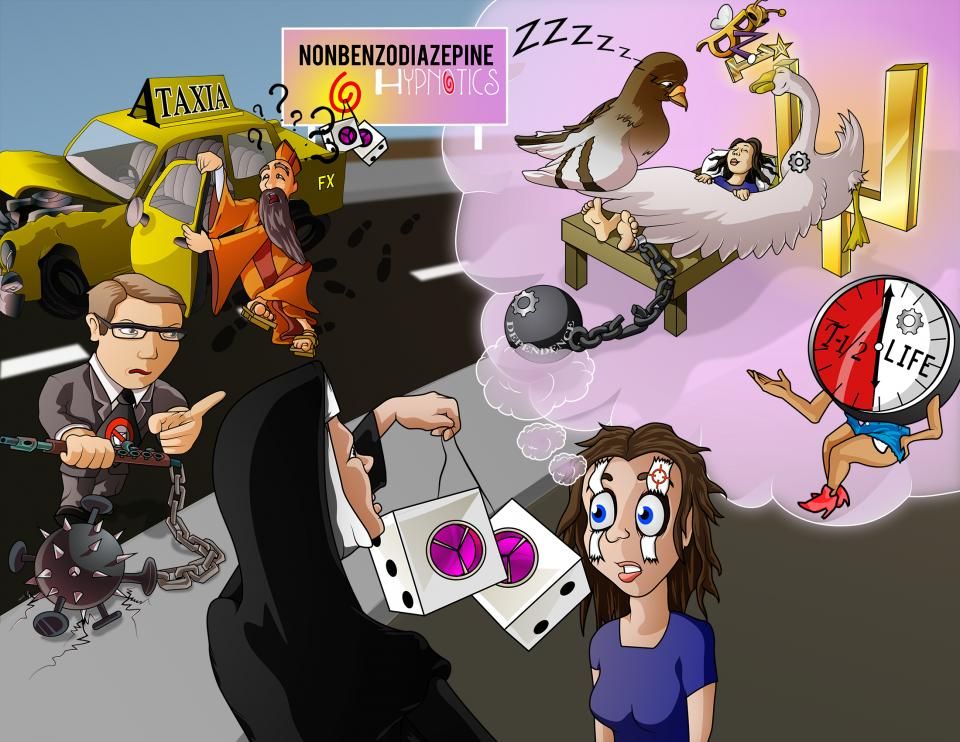 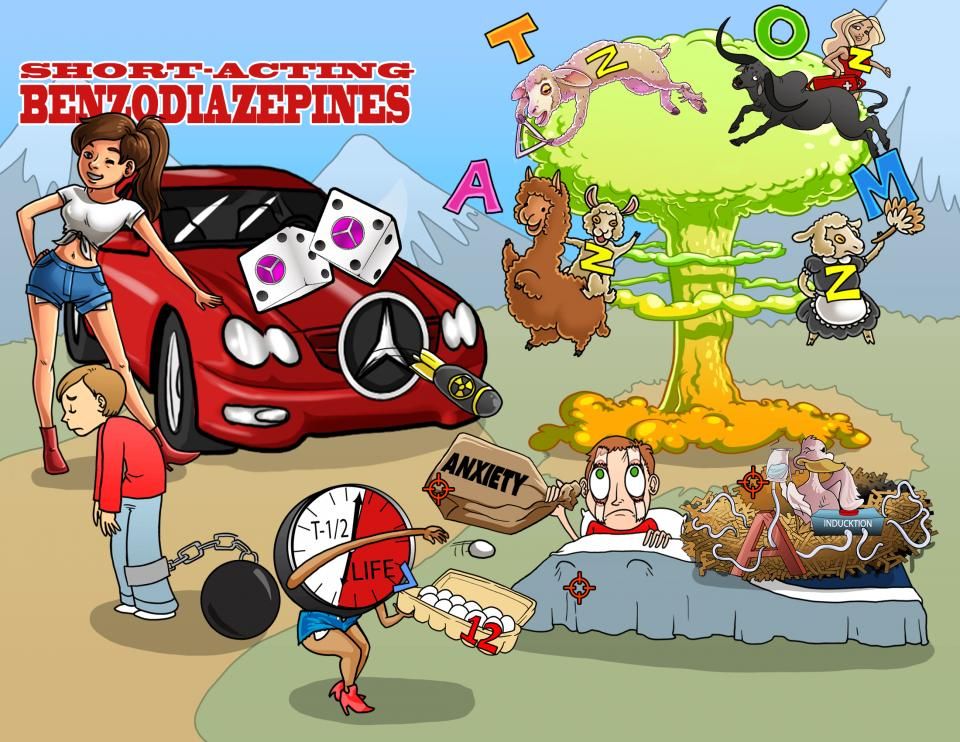 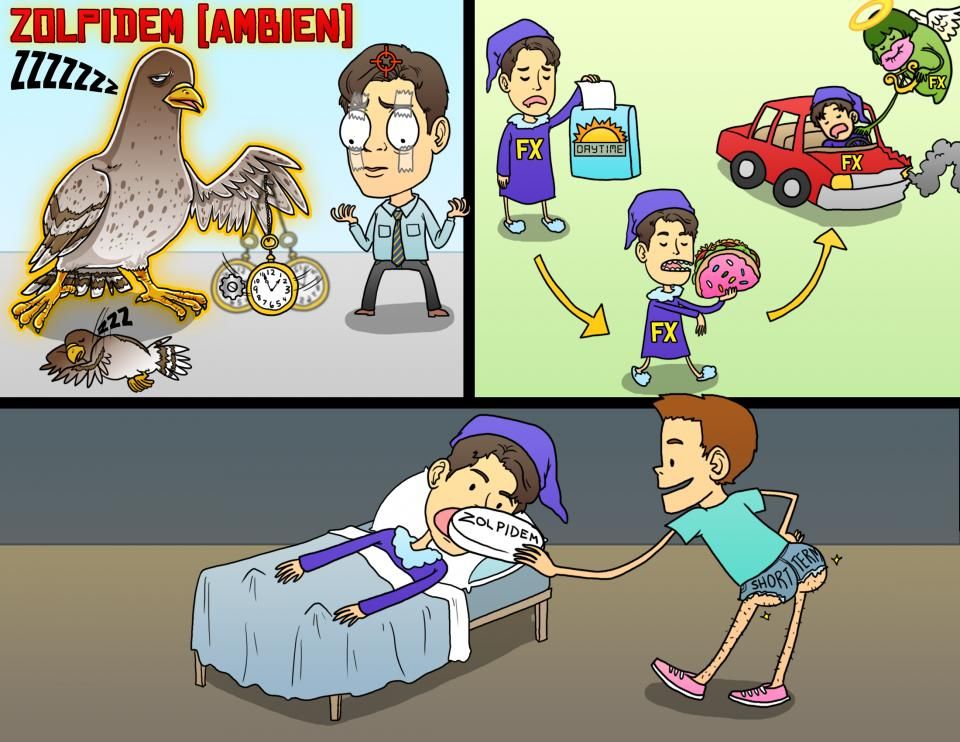 Anxiolytics and sedative-hypnotics are medications that act as central nervous system depressants that reduce tension and induce calm or sleep, and are primarily used to relieve anxiety, as well as insomnia.

It’s important to note that the preferred medications for the long-term management of anxiety are typically selective serotonin reuptake inhibitors, or SSRIs for short, due to their low abuse potential and dependence.

But, medications that can be used for the short-term management include benzodiazepines, barbiturates, and miscellaneous anxiolytics.

First, let’s start with benzodiazepines. These medications are usually taken orally, but some of them can also be administered intravenously, intramuscularly, subcutaneously, sublingually, or even rectally.

Now, based on the overall duration of action, benzodiazepines can be subdivided into three main groups.

In addition to treating anxiety and insomnia, benzodiazepines are also indicated for treatment for status epilepticus, where a person has ongoing or multiple seizures for over 5 minutes.

Now, benzodiazepines work by binding to GABAA receptors, increasing the frequency at which they open up to let chloride ions into the cell. The influx of negatively charged chloride ions makes the neuron less responsive to stimuli.

Now, benzodiazepines can cause side effects like headache, sedation, and dizziness; as well as blurred vision and dry mouth.

Also, despite being a central nervous system depressant, benzodiazepines can cause paradoxical stimulation in certain parts of the brain, leading to symptoms such as fast speech, excitement, and restlessness.

In rare cases, clients might experience urinary incontinence, constipation, or even develop leukopenia, which can lead to fever, malaise, and sore throat.

Finally, if used continuously over long periods of time, benzodiazepines can lead to tolerance, dependency, and abuse.

So, when the medication is discontinued, the client may experience withdrawal symptoms, which include anxiety, tremors, tachycardia, hypertension, agitation, delirium, and life-threatening seizures.

As far as contraindications go, benzodiazepines should be avoided in individuals with myasthenia gravis, since they can exacerbate myasthenic symptoms.

Other contraindications include severe liver impairment, and acute narrow-angle glaucoma, and must not be combined with other CNS depressants, such as alcohol.

Finally, benzodiazepines should be avoided during pregnancy, breastfeeding and in individuals diagnosed with sleep apnea.

Now, let’s switch our focus to barbiturates that can be used as anxiolytics or sedative-hypnotics, such as butabarbital, pentobarbital, and phenobarbital, which can be administered orally, intravenously, or intramuscularly.

Barbiturates also bind GABAA receptors, but in contrast to benzodiazepines, they increase the duration of their opening, thereby increasing the influx of chloride ions.

As a result, the neuron becomes less responsive to stimuli. Besides anxiety, barbiturates can also be used for preoperative sedation, anesthesia induction, convulsions, and to induce coma in life-threatening conditions, such as increased intracranial pressure.

Barbiturates can cause side effects like headache, somnolence, confusion, hallucinations, and vertigo, and CNS depression may even lead to coma or death.

Some clients can experience bradycardia, hypotension, and syncope; while others might experience respiratory depression and even apnea.

Common gastrointestinal problems include nausea, vomiting, and constipation; while important musculoskeletal side effects include asthenia, or lack of energy and physical weakness; and ataxia, which refers to a lack of coordination and muscle control.

Just like benzodiazepines, barbiturates can also cause paradoxical stimulation, as well as tolerance and dependence, which can be followed by withdrawal symptoms.

Important contraindications include concomitant administration of barbiturates with other CNS depressants, such as alcohol and benzodiazepines; as well as hypotension; laryngospasm, and bronchospasm.

Finally, we have miscellaneous anxiolytics, which include nonbenzodiazepine sedative-hypnotics and buspirone.

First, let’s focus on nonbenzodiazepines: zolpidem, zaleplon, and eszopiclone, which are often referred to as ZZZ medications.

These medications are taken orally and they are called nonbenzodiazepines because they have a different chemical structure to the benzodiazepines, but the same mechanism of action.

The most common side effects associated with nonbenzodiazepines include headache, hot flashes, anxiety, nausea, and vomiting. Also, some clients might present with ataxia and erectile dysfunction.

Additionally, nonbenzodiazepines have a boxed warning about abnormal sleep behaviors like sleep-walking or engaging in other activities while not fully awake.