A 30-year-old woman with HIV comes to the clinic due to the recent appearance of skin nodules and progressive fatigue and anorexia for the past 2 months. She recently moved to Ohio and started working in a pet store. She is currently not taking antiretroviral therapy, and her recent CD4 count one month ago was 80 cells/mm3. Her temperature is 38.0°C (100.4°F), pulse is 80/min, and blood pressure is 125/85 mmHg. Physical examination shows multiple small red-purple papules, some of which are pedunculated and some bleed. Histopathology of one of the lesions shows vascular proliferation with some clusters of neutrophils and lymphocytes. Which of the following is the most likely pathogen responsible for this patient’s presentation? 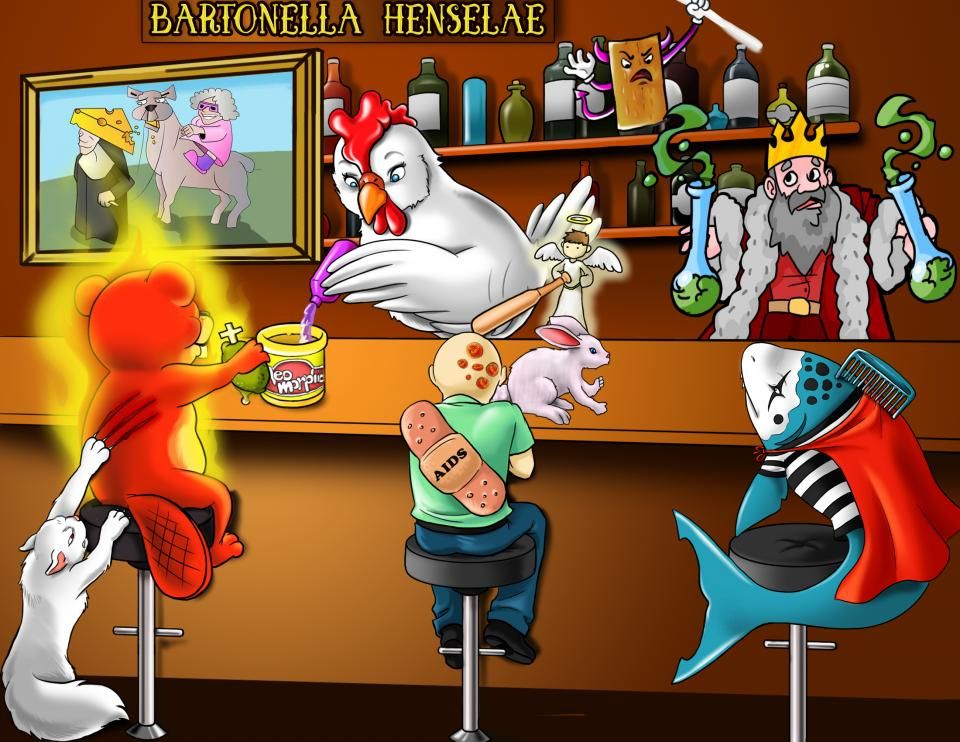 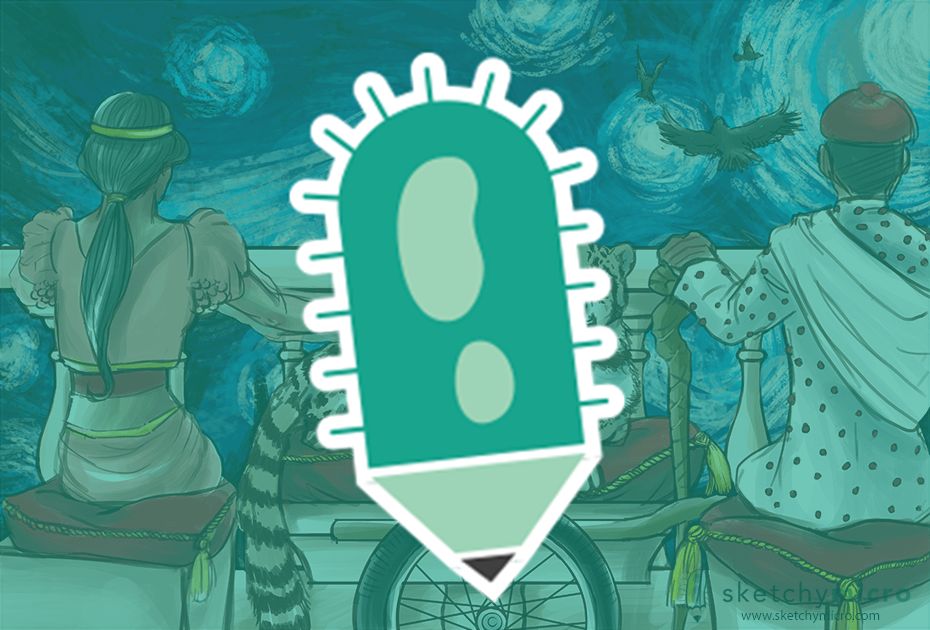 Bartonella henselae is a zoonotic bacteria which may cause Cat-scratch disease, or CSD, in humans.

Zoonotic bacteria refers to any bacteria which can be transmitted between animals and people.

Now, Bartonella henselae spreads between cats with the help of a cat flea, called Ctenocephalides felis, which feeds on the blood of an infected cat. Then, it drops its feces, which contain Bartonella henselae, on the cat’s body.

Finally, when the cat grooms or scratches, Bartonella henselae gets on its teeth and claws, and the cat may infect a human by scratching or biting - hence the name, “cat scratch disease”, or “cat scratch fever”.

There’s also bacillary angiomatosis, which is a severe form of cat scratch disease, that develops primarily in immunocompromised individuals.

Now, Bartonella henselae is a gram-negative bacillus, in other words, it's a rod-shaped bacteria that stains red or pink with Gram staining.

This is largely due to the fact that Bartonella henselae has a thin peptidoglycan wall that doesn’t retain crystal violet dye during Gram staining.

Sometimes, though, it doesn’t readily gram stain, so the silver nitrate-based Warthin-Starry stain is used for direct visualization.

Bartonella henselae is a facultative intracellular bacteria, which means that it's adapted to live inside cells to avoid the immune system.

Specifically, it hides inside endothelial cells lining up the interior surface of the blood vessels and lymph vessels.

In humans, the response to infection depends on the immune system.

Immunocompetent individuals develop a simple form of the cat-scratch disease.

The most characteristic symptom is the swelling of a single lymph node or a cluster of lymph nodes, usually in the armpits, which are extremely painful to the touch.

This is known as regional lymphadenopathy, and it’s a consequence of Bartonella henselae triggering a never ending T-cell response, which creates an area of inflammation known as granulomas in the lymphoid tissue.

Other symptoms include fever, fatigue, abdominal aches and loss of appetite.

Additional symptoms may appear when the bacteria spread to the bloodstream, and from there, to different organs, causing complications.

For example, if it reaches the heart, it may cause endocarditis, and signs include prolonged fever, and new heart murmurs on physical examination.

Alternatively, if bacteria infect the central nervous system, there may be confusion, disorientation, and seizures.

Immunocompromised individuals, on the other hand, like those that are HIV-positive, tend to develop the severe form of cat scratch disease, called bacillary angiomatosis.