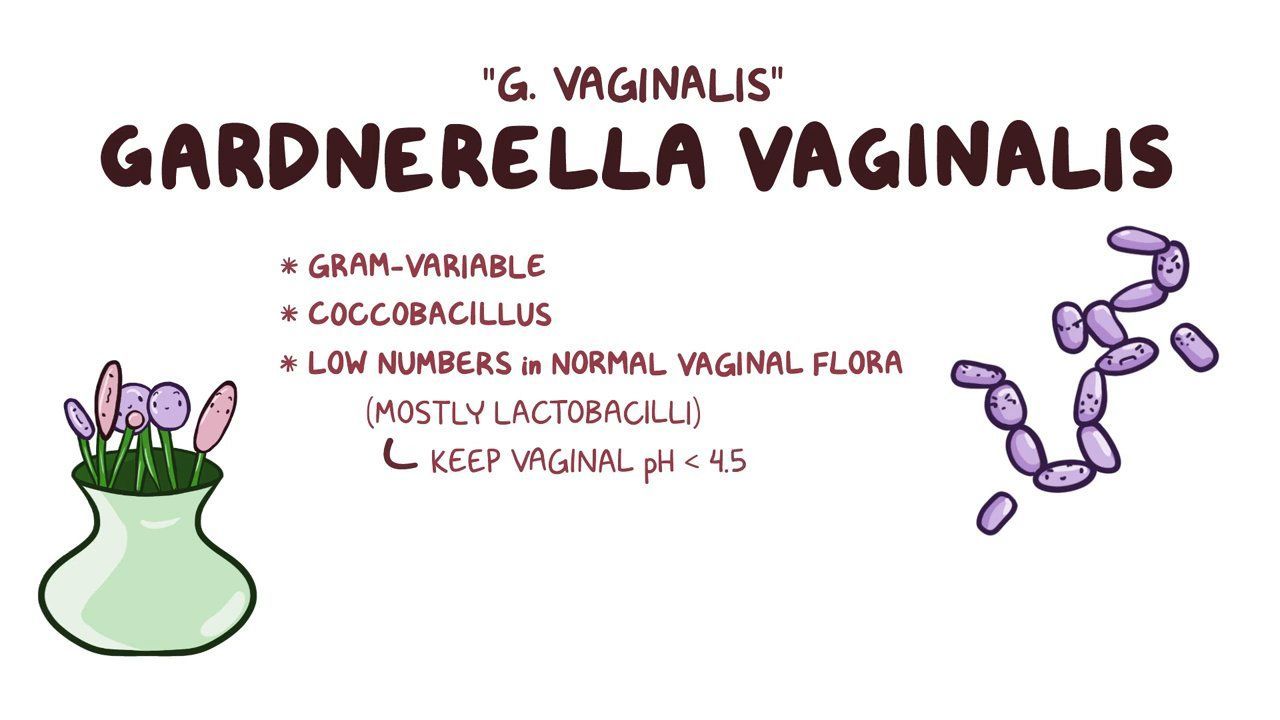 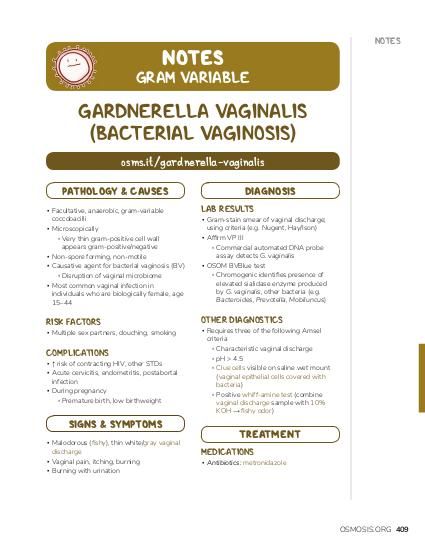 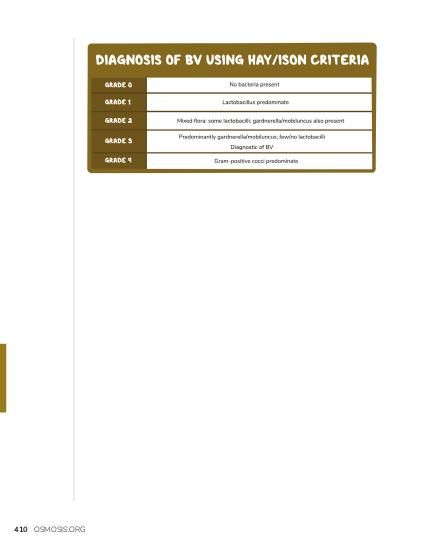 A 23-year-old woman comes to the clinic because of a change in vaginal discharge. Over the past week she has noticed a foul smelling discharge, particularly after intercourse. She denies any pain, itching or irregular bleeding. She has an intrauterine contraceptive device that was inserted 2 years ago. Vital signs are normal. Physical examination shows a foul-smelling, thin, whitish-gray vaginal discharge. There is no adnexal or cervical motion tenderness on bimanual examination. The pH of the vaginal fluid is determined to be 5.0. A drop of potassium hydroxide (KOH) is added to the slide with vaginal discharge and results in a “fishy” odor. A wet mount reveals epithelial cells with adherent bacteria but no polymorphonuclear cells. Which of the following is the most likely diagnosis? 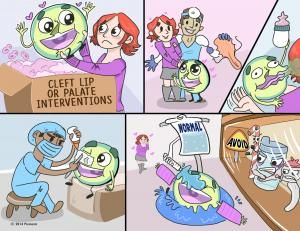 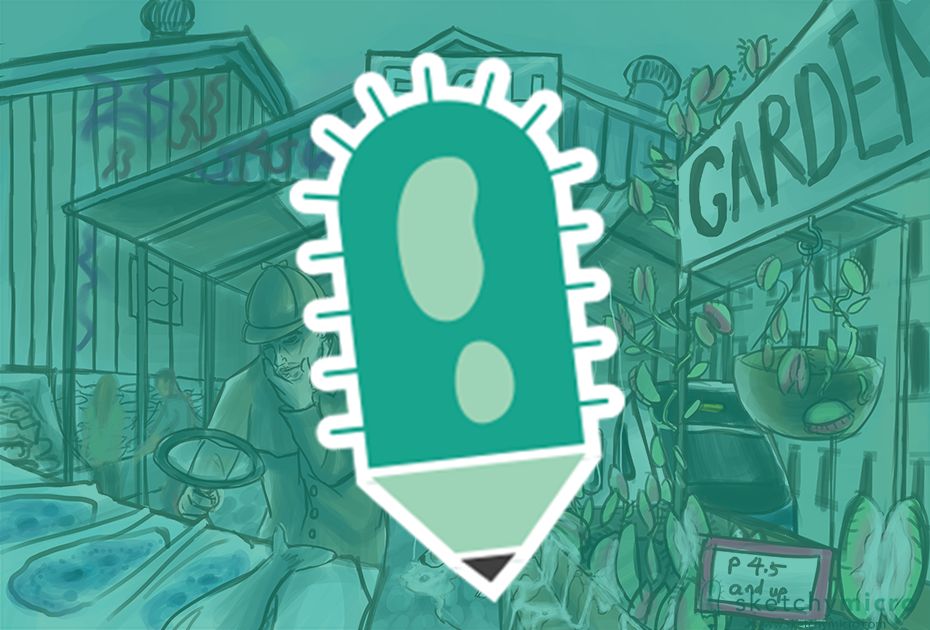 Gardnerella vaginalis, or G. Vaginalis for short, is a gram-variable coccobacillus present in low numbers in normal vaginal flora.

Normally, the vaginal flora is made up mostly of Lactobacilli, which keep vaginal pH below 4.5.

When the number of Lactobacilli decreases, that results in an imbalance of vaginal flora which increases the vaginal pH.

This allows G. vaginalis to proliferate, causing Bacterial Vaginosis, or BV which is the most common vaginal infection in females of reproductive age.

Now, G. vaginalis is gram-variable, which means it can stain either positive or negative with Gram-staining.

Ok, so normally, whether a bacteria is Gram-positive or Gram-negative is determined by the amount of peptidoglycan in their cell wall.

Bacteria with a thick peptidoglycan wall take in the purple dye used during Gram staining, so they’re Gram-positive.

Bacteria with a thin peptidoglycan wall can’t retain the purple dye, and instead stain pink with the Safranin dye used during Gram-staining.

So, Gram-variable bacteria, like G. vaginalis, first appear Gram-positive and then, as the culture ages, they gradually lose the peptidoglycan in their wall, and once their wall is too thin to retain purple color, they become Gram-negative.

Finally, G. vaginalis is non-spore forming, non-motile and facultative anaerobic which means it can survive in both aerobic and anaerobic environments.

Now, when vaginal pH increases, G. vaginalis can use a number of virulence factors to cause disease.

What is more, along with G. vaginalis, a number of other anaerobic bacteria species can proliferate, like Mobiluncus, Bacteroides or Prevotella which are also present in low numbers in normal vaginal flora - resulting in a mixed infection.

Also, sialidases can cleave the sialic acid residues that keep the vaginal epithelial cells in place, so this makes easier for cells to detach from one another, causing desquamation of the epithelium.

Then, G. vaginalis produces proteolytic carboxylase enzymes which will break down vaginal peptides into volatile amines, which have an unpleasant smell.

Once they colonize the epithelium, the bacteria multiply and form a bacterial biofilm.

A biofilm is basically a layer of goop-like material made of exopolysaccharides or eps, within which bacteria live and reproduce.

Left untreated, the bacterial infection can spread to the cervix, causing cervicitis, and from there, make its way to the uterus, causing endometritis.

More specifically, these factors decrease the number of Lactobacilli which normally predominate in the vagina.