An 8-month-old girl is brought to the emergency department with a seizure-like episode. The parents state the patient started contracting her upper and lower extremities for 30 seconds. Her mother has noticed she has been having difficulty feeding over the past several weeks due to an inability to suckle. Her parents state she was able to sit up on her own without support until a month ago, when they noticed that she could no longer sit up or roll over. Her birth was unremarkable. Temperature is 36.4°C (97.5°F), pulse is 135/min and blood pressure is 94/84.  Motor examination reveals hypotonia in all 4 limbs, as well as increased intensity of deep tendon reflexes in all extremities. Abdominal examination is unremarkable. Bilateral fundoscopic examination reveals a bright reddish area at the center of macula surrounded by retinal opacification. Which of the following is the most likely diagnosis in this patient? 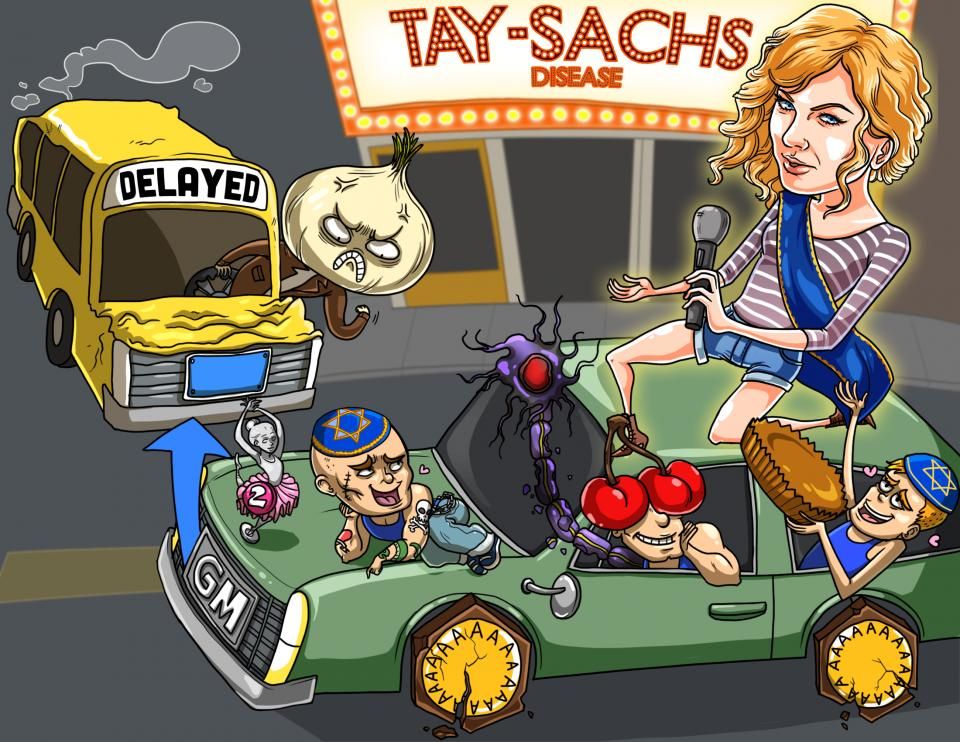 Summary
Tay–Sachs disease is a rare autosomal recessive genetic lysosomal storage disorder caused by deficiency of the hexosaminidase A enzyme, which leads to accumulation of the GM2-ganglioside. The disease is characterized by progressive neurodegeneration, a cherry-red spot on the macula and onion-skin lysosomes on histology.
Feedback