Assessments
Anatomy of the eye 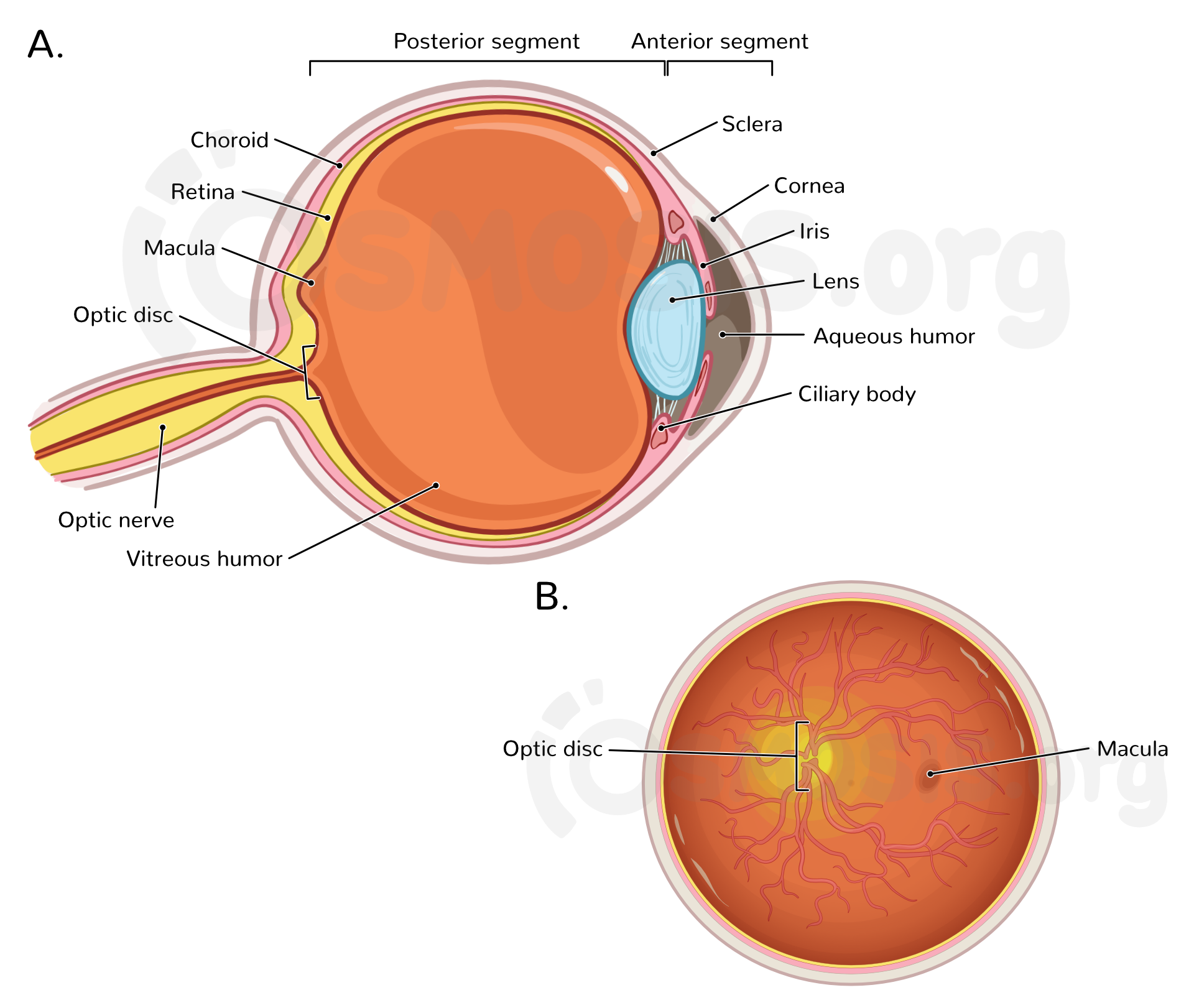 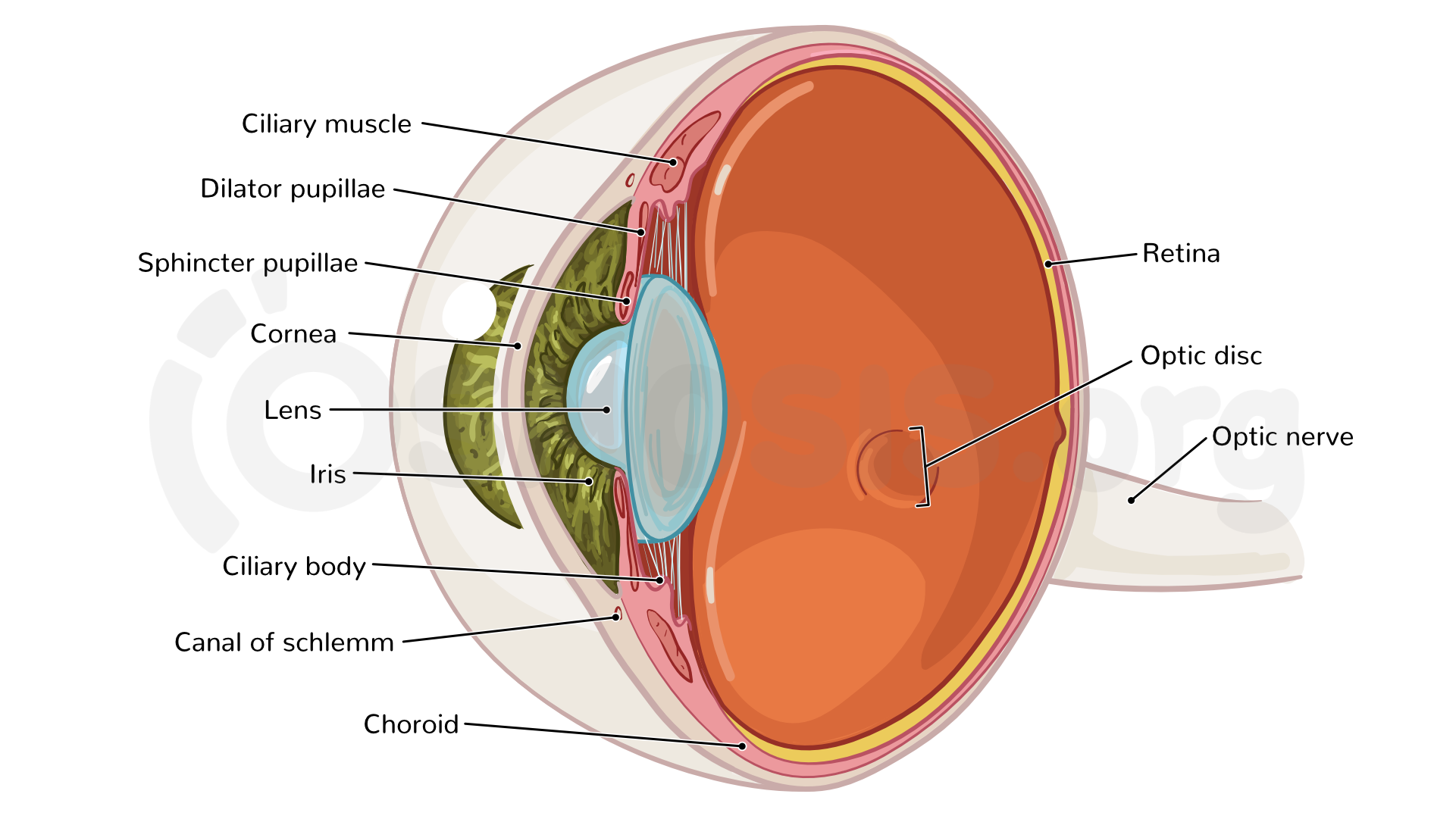 Figure 2: Anatomy of the lens and ciliary body, anterolateral view. 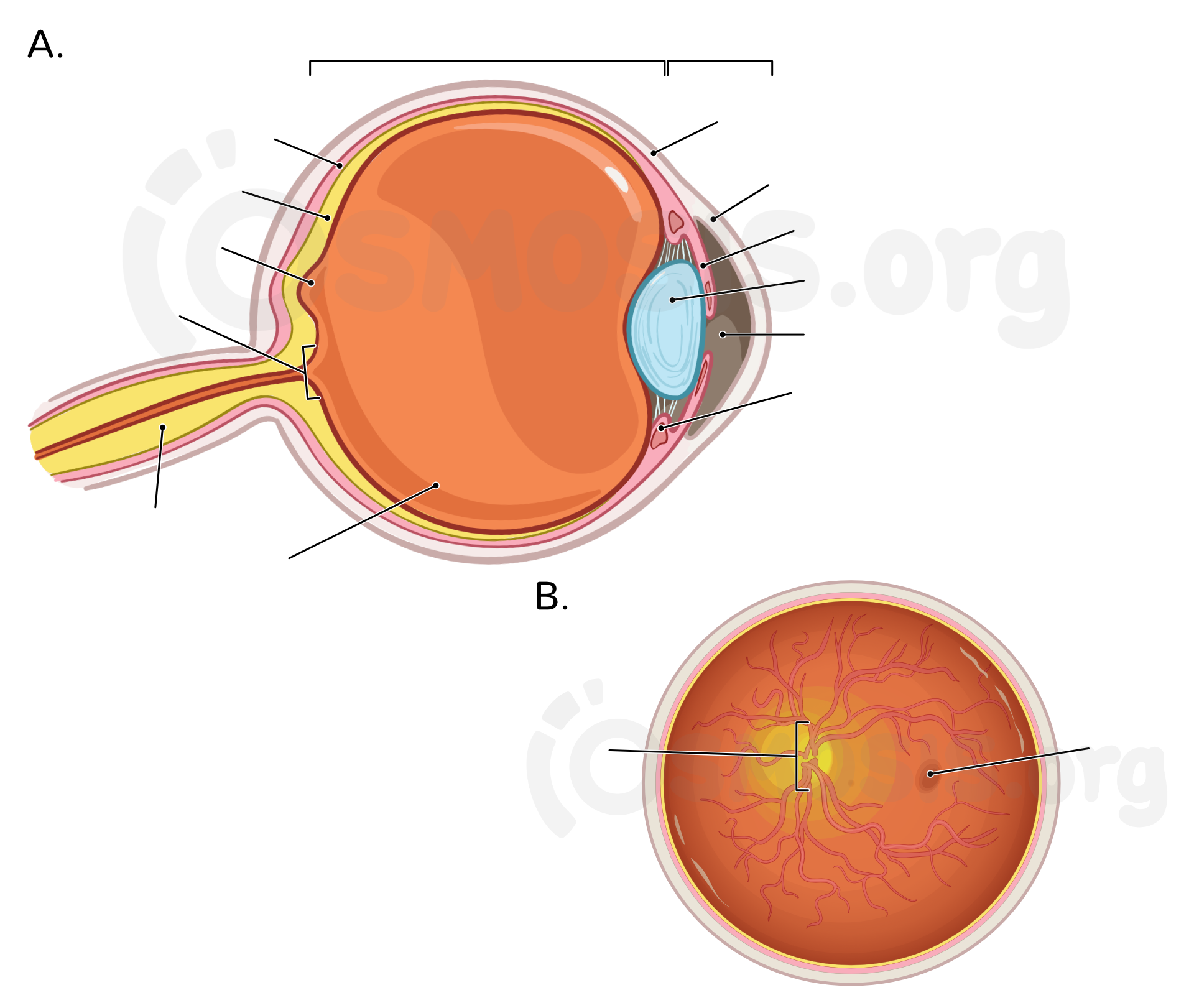 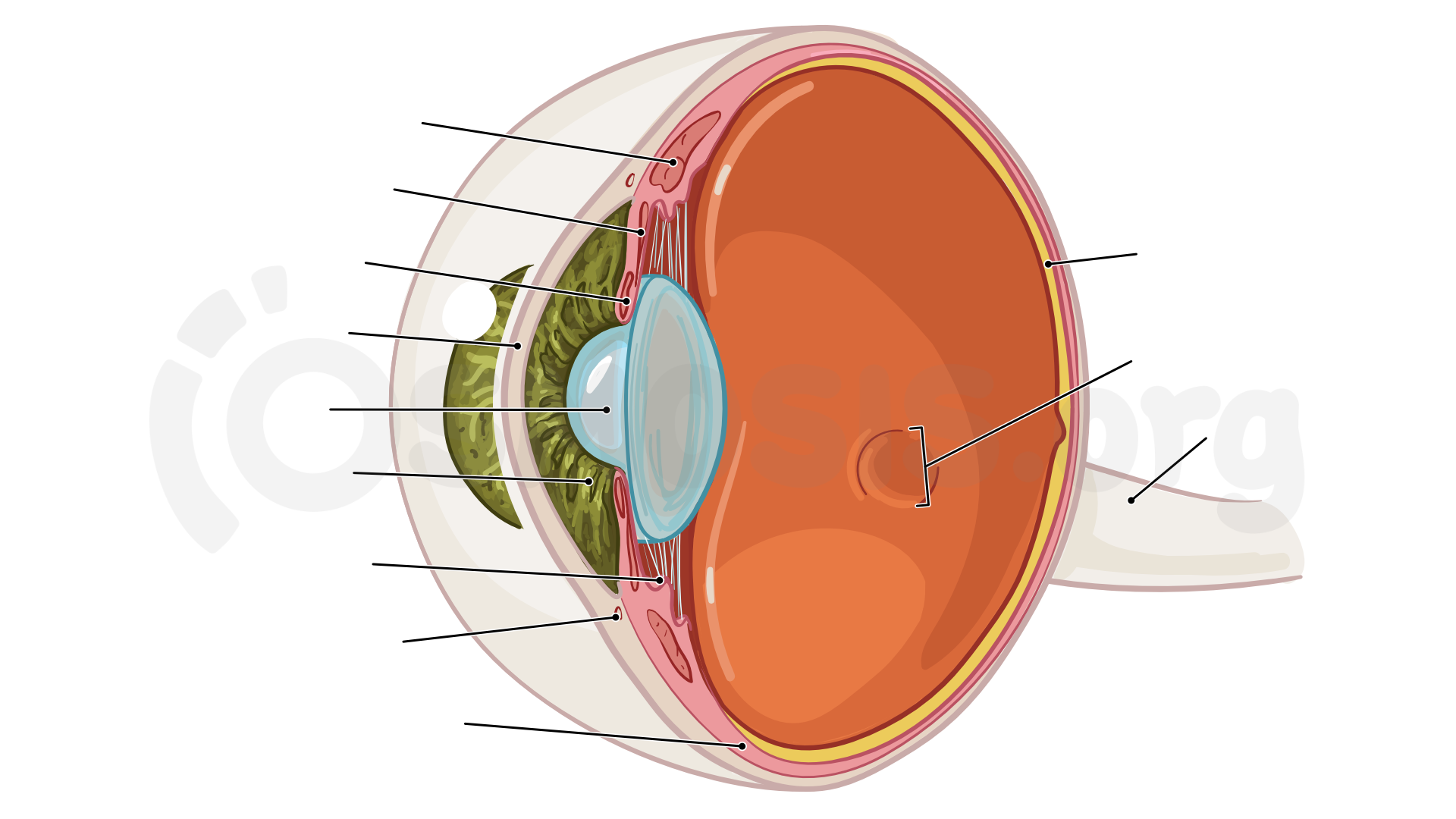 A patient is being evaluated for a suspected brain tumor. They state that they can see objects clearly when they are far away, but they are unable to focus on objects that are close to them. What nerve is most likely affected, resulting in this patient’s difficulty with accommodation?

To be able to see everything that surrounds us, including this video, we can count on two very special sense organs: the eyes. The eyes can be easily injured, so each of them is protected by a hard bony structure called the orbit. The orbits also protect the muscles, vessels and nerves of the eyes. And between each eye and the orbit protecting it, there’s a soft cushion of fat to prevent any friction or damage to the eyes. Additional protection is ensured by the lacrimal apparatus, which secretes tears to lubricate the eyes, and the eyelids, which close and open as needed.

Okay, now, if you look at a sagittal cut of the eyeball, you’ll see it’s shaped like two spheres fused, a bigger posterior one and a smaller anterior one, both with liquid inside. To keep this shape, the eyeball needs a solid structure: the fibrous layer, which is made of dense connective tissue and forms the skeleton of the eyeball. This layer has two parts: the one that makes the outer layer of the smaller sphere, called the cornea; and the one that makes the outer layer of the bigger sphere, called the sclera. The cornea is transparent and located at the anterior end of the eyeball. It allows light to pass through to the interior of the eyeball. Have you ever needed to use eye drops? Were you able to do that without instinctively closing your eyes once the drop touches your eye? The involuntary blinking is actually because of the corneal reflex! See, when something touches or irritates the cornea, it is  sensed by the ophthalmic nerve, a branch of cranial nerve V.  This sensory signal then reaches the brain stem, and signals the facial nerve, cranial nerve VII, to contract the orbicularis oculi to close our eyes. Now, the sclera is opaque and makes the white shell of the eyes. It occupies the majority of the posterior  eyeball and serves for attachment of the extrinsic muscles of the eye. Also, the sclera is pierced by the optic nerve at the posterior end of the eyeball. The place where the cornea and the sclera meet, is called the corneoscleral junction.

So, the bigger posterior sphere is made of another two layers of tissue: the vascular layer that provides blood supply, located beneath the sclera; and the internal layer called the retina, that contains the photoreceptors and supporting cells.

The vascular layer, in turn, is made of three parts. From posterior to anterior, these are: the choroid, the ciliary body, and the iris. The choroid is made of two layers of blood vessels that provide blood supply to both the loosely attached sclera above, and the firmly attached retina beneath. The ciliary body is a thickening of the vascular layer, made of blood vessels and smooth muscle, and attaches the choroid layer to the circumference of the iris. The internal surface of the ciliary body has projections called ciliary processes, that serve as  attachments for  the suspensory ligament of the lens which keeps the lens in place, while also secreting aqueous humor that fills the anterior chamber or “smaller sphere”  of the eyeball. Finally, there’s the iris, which is only responsible for the beautiful diversity of eye colors. Okay… that’s a big fat lie. The iris is far more important than that, as it lies on the anterior surface of the lens and regulates the amount of light that passes through the pupil, a small opening in its center.

Just beneath the vascular layer, there’s the inner layer, called the retina, where the beautiful journey of the visual pathway begins. The retina has two different parts: the optic part right below the choroid layer, where the light impacts and is sensed by the photoreceptors; and the non-visual retina, found underneath  and covering the ciliary body and the posterior iris. Now, the optic part can be clinically analyzed in order to detect abnormalities that could be affecting the vision. This can be done by looking through an instrument called ophthalmoscope at the fundus of the eyeball, formally known as the ocular fundus, which is defined as the internal aspect of the posterior part of the eyeball where light enters and is focused. The retina of the fundus contains the optic disc, which is a circular area that corresponds  to the exit of the optic nerve and the central retinal vein from the posterior eyeball, and the entrance of the central retinal artery, a branch of the ophthalmic artery which supplies the retina. This circular area contains no photoreceptors, so it’s a veritable ‘blind spot’ in our vision. On a fundoscopic examination, you can also see the retinal arterioles and venules diverging from the optic disc, and to differentiate the two, remember that the arterioles are narrower. Another important area of the fundus is the macula of the retina, lateral to the optic disc, which contains only photoreceptor cones. This area is important because it specializes in acuity of vision - so without it, everything would be blurry. Actually, the most acute vision is sensed at the central area of the macula, called the fovea centralis, which is more depressed than the rest of the retina.