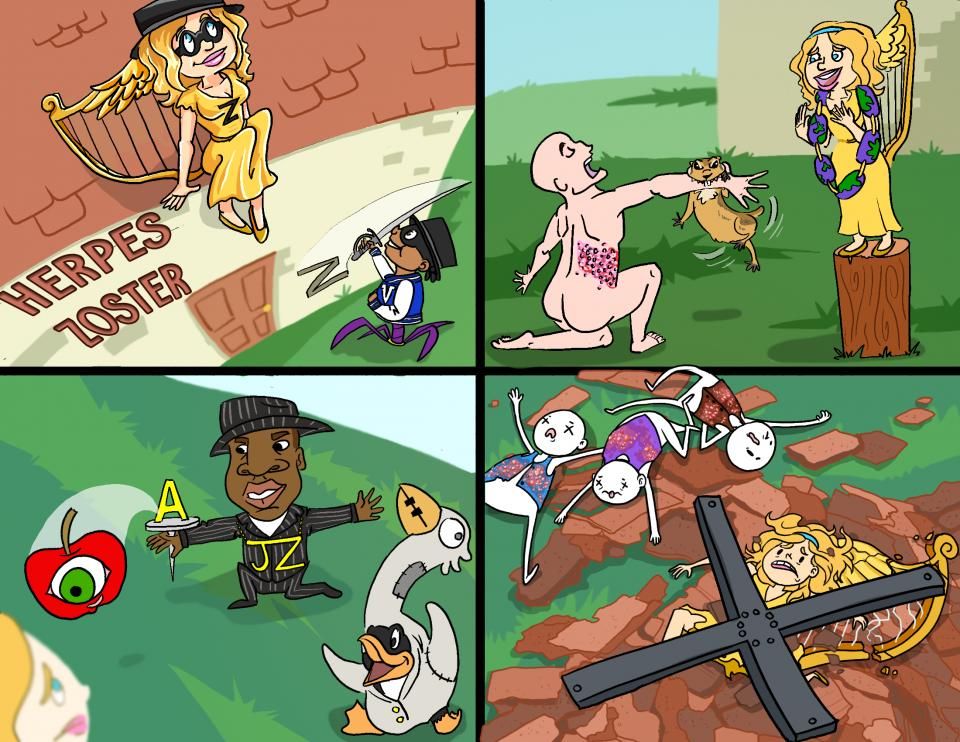 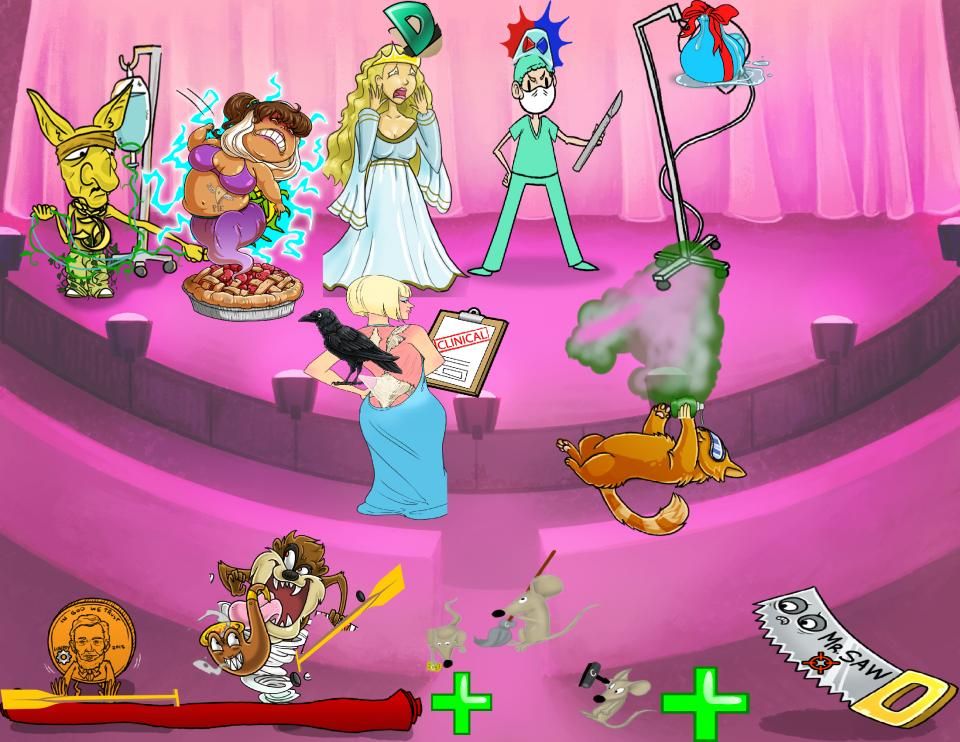 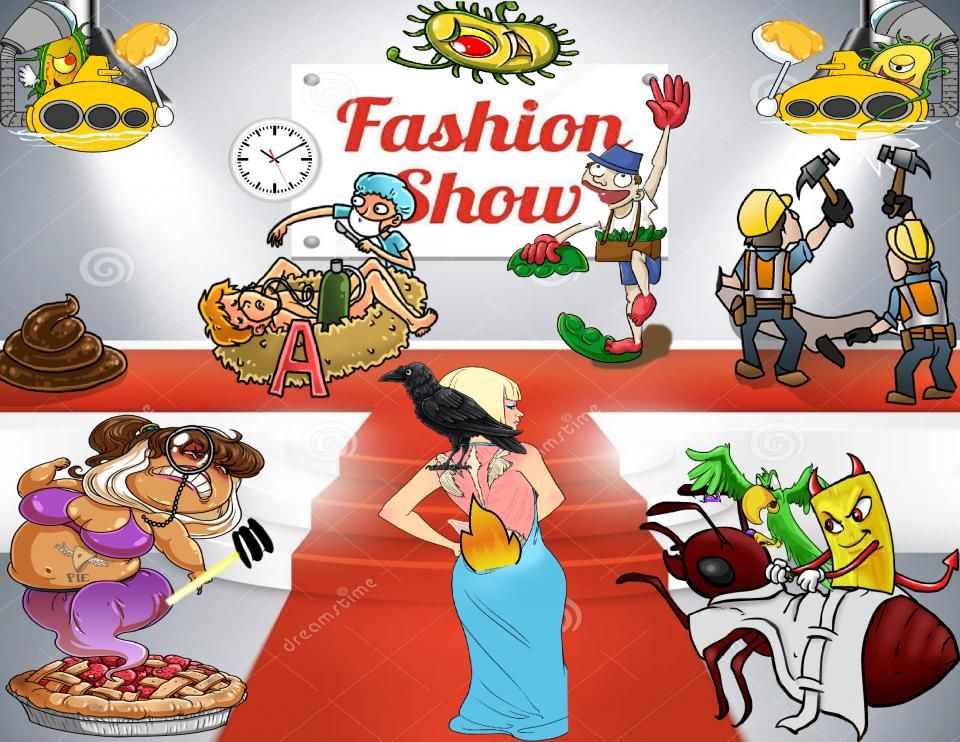 At the clinic, 10-year-old Quentin is brought by his parents after an episode of dark-colored urine. Upon examination, his blood pressure is high and you notice that the area around his ankles appears swollen. His parents also mention that last week, Quentin developed multiple vesicles with a honey-colored crusting around his nose and mouth. You decide to perform a urinalysis test, which reveals there’s blood in the urine with red blood cell casts, as well as higher than normal levels of protein.

Later on that same day, 70-year-old Claudio presents to the emergency department complaining of severe pain in his genital area that started about a week ago. On examination, you notice severe scrotal swelling, a purplish rash, and palpable crepitus in the perineal area. Claudio also appears lethargic, and has a fever and low blood pressure. Upon further questioning, Claudio mentions that he had surgery for varicocele about two weeks ago. Past medical history reveals that in his 40s, Claudio was diagnosed with diabetes mellitus, which he has not been controlling properly. You decide to order a swab culture, which comes back positive for anaerobic bacteria and Streptococcus pyogenes.

Based on the initial presentation, both Quentin and Claudio seem to have some form of skin infection.

Let’s begin with bacterial skin infections. These include impetigo, which is an infection of the superficial layers of the epidermis. It is highly contagious, and most commonly affects newborns or children. Now, impetigo can be classified as bullous or non-bullous.

Non-bullous impetigo is usually caused by Staphylococcus aureus or Streptococcus pyogenes. In non-bullous impetigo, lesions usually appear as vesicles or pustules with a characteristic honey-colored, or golden, crusting around an erythematous, moist base. This can actually be a very important clue in a test question! Remember that these lesions typically appear in the face or limbs, and they often develop on skin that was previously damaged by things like insect bites, minor trauma, eczema, or abrasions, and they usually heal without scarring. In addition, affected individuals may present with enlargement of the regional lymph nodes.

Another very high yield concept is that cases of impetigo caused by Streptococcus pyogenes, if left untreated or treated inadequately, can lead to post-streptococcal glomerulonephritis. This is caused by a type III hypersensitivity reaction, where there is complement activation and immune complex deposition on the glomerular basement. In a test question, look for an individual that has an episode of non-bullous impetigo caused by Streptococcus pyogenes, and a few days later presents with signs and symptoms of glomerulonephritis, such as oliguria, hematuria, dark-colored, or coca-cola, urine, proteinuria, RBC casts, hypertension, and edema from fluid retention, often causing swelling around the face or ankles.

On the other hand, bullous impetigo is caused by toxin-producing Staphylococcus aureus, and is characterized by painful, flaccid, fluid-filled vesicles and blisters or bullae. These are typically multiple and develop around the nose, and mouth, but can spread rapidly to the trunk, buttocks, or body folds. Now, these bullae rupture easily, leaving a rim of dry skin that surrounds a shallow wet erosion. What might help you set these lesions apart from non-bullous impetigo is that they develop on intact skin and there’s usually no surrounding erythema and regional lymphadenopathy. It’s also important to keep in mind that these lesions are often accompanied by systemic symptoms like fever, chills, and malaise.

Moving onto erysipelas, this is an infection of the upper dermis that commonly extends to the superficial lymphatic vessels of the underlying connective tissue. For your exams, you have to know that the cause is usually Streptococcus pyogenes. Now, erysipelas typically presents as a swollen, red, and tender skin area, most commonly on the face or the lower limbs. Now, what’s super high yield is that the lesions are sharply defined and well-demarcated, with slightly elevated borders and reddish streaks of lymphangitis. In more severe cases, there can also be vesicles or bullae. In addition, some individuals may experience systemic symptoms like fever and chills.

Next is cellulitis, which is an infection of the deeper dermis and subcutaneous tissues, and it’s usually caused by Streptococcus pyogenes or Staphylococcus aureus. Cellulitis typically starts from a cut or break in the skin, often from a recent trauma or another infection. Now, cellulitis typically presents as a swollen, red, and tender skin area that’s warm to the touch, most commonly in the limbs. What’s important to know is that, unlike erysipelas, with cellulitis, the lesion is poorly demarcated, and has hardly noticeable margins, because the infectious process is deep underneath the skin. Some individuals may also present with lymphadenopathy and systemic symptoms like fever and chills.

Moving on, skin abscesses are walled-off collections of pus that develop within the deeper skin layers. For the exams, remember that they are almost always caused by Staphylococcus aureus, even the methicillin-resistant strain MRSA. Now, skin abscesses typically present as a swollen, red, and tender nodule that’s warm to the touch, and if there is a break in the skin, pus can be visually observed. Some individuals may also present with systemic symptoms like fever and chills.

Next there’s necrotizing fasciitis, also known as “flesh-eating disease”. This is a severe, life-threatening infection of the deeper soft tissues, resulting in the destruction of the subcutaneous fat and underlying skeletal muscle fascia, hence the word “fasciitis.” For your exams, remember that necrotizing fasciitis can be polymicrobial, and is often caused by Streptococcus pyogenes and Staphylococcus aureus, as well as anaerobic bacteria like Clostridium perfringens.

Risk factors include diabetes, peripheral vascular disease, along with a history of recent surgery or trauma at the site of the infection. Now, the most common site of infection is the trunk and limbs, but when necrotizing fasciitis involves the perineum or scrotum, it is also known as Fournier’s gangrene. And that’s a high yield fact!

Clinical presentation of necrotizing fasciitis includes severe pain, erythema, and swelling of the affected area. The overlying skin can be tense or indurated, or might develop red or violet-colored patches. Another telltale sign upon palpation is crepitus, which is a crackling sound of bubbles beneath the skin that are caused by bacterial production of methane and carbon dioxide.

A characteristic of necrotizing fasciitis is that it progresses rapidly, so over the course of a few days, the skin can break down, giving rise to bullae or ulcers. This may quickly progress to gangrene, or death of the tissues, which manifests as a hard, dry texture, often with a clear demarcation between viable and black, necrotic tissue.