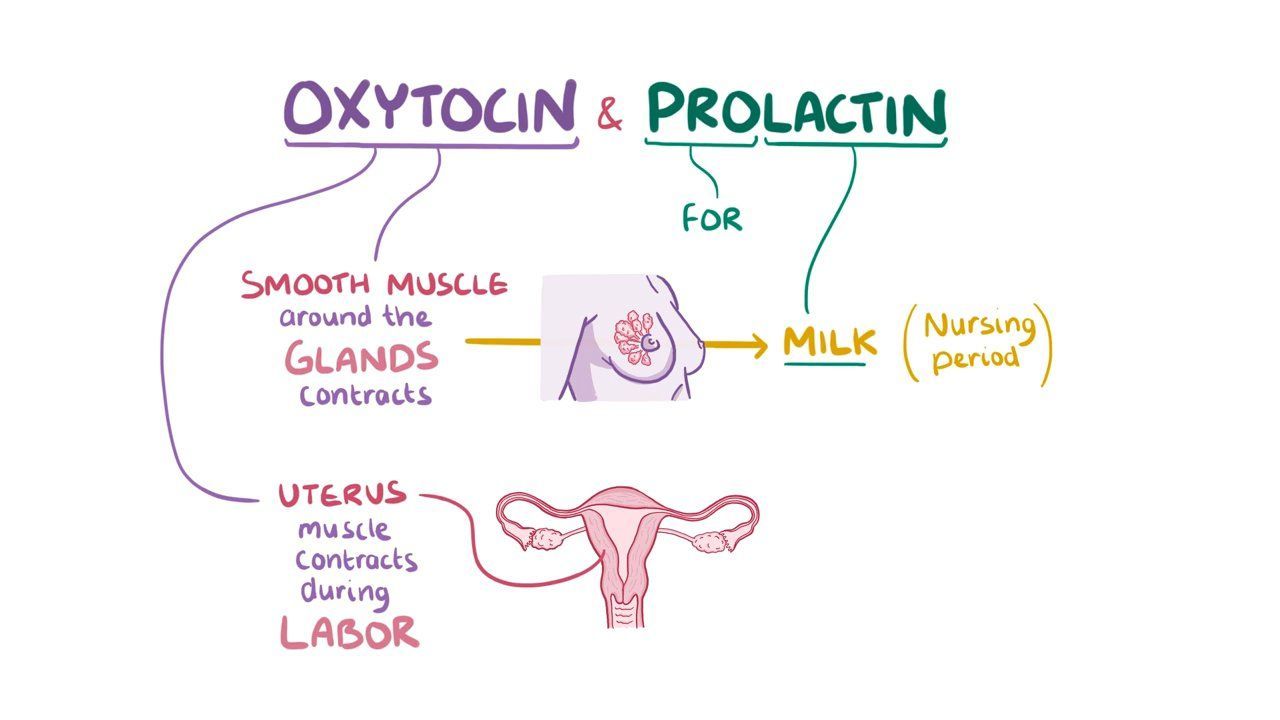 Breastfeeding triggers the hypothalamus to cause release from the posterior pituitary, which triggers milk release. 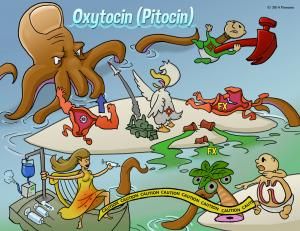 Oxytocin and prolactin are two hormones that are mostly involved in the production and release of milk from the breasts during the nursing period. Prolactin - pro meaning “for” and “lactin” referring to milk - it stimulates the production of milk.

Oxytocin, on the other hand, makes the smooth muscle cells around the glands in the breasts contract so that they release the milk.

Oxytocin also helps the muscle in the uterus contract during labor. Both of these hormones are synthesized all the way up in the brain, by two interconnected structures – the hypothalamus and the pituitary gland.

So, basically, the hypothalamus is a part of the brain made up of several nuclei – or clusters of neurons.

Two of these nuclei, the paraventricular and supraoptic nuclei, contain neurons that secrete oxytocin, as well as other hormones like vasopressin, or antidiuretic hormone, which is involved in regulating the amount of water in our body.

When oxytocin is produced, it travels down the axons of these neurons, and reaches the posterior lobe of the pituitary gland.

Down the length of these axons, there are small dilations called Herring bodies – which store the oxytocin until it’s released in the blood.

Outside of pregnancy, oxytocin levels are low, but production increases just a bit during an orgasm - so here’s the reason for that lovely “afterglow”.

Prolactin, on the other hand, is synthesized by special cells called lactotrophs, which are in the anterior lobe of the pituitary.

In women that are not pregnant or breastfeeding, and in men, prolactin levels are usually kept in check by the hypothalamus in two ways.

The first way is the most important, and it’s when the hypothalamus secretes a constant stream of dopamine - which is also called prolactin inhibiting factor.

Dopamine binds to specific receptors on the lactotrophs and inhibits the release of prolactin.

Both oxytocin and prolactin bind to receptors on cells in the breasts - so let’s take a closer look at them.

Each breast is made up of 15 to 20 lobules, and each lobule consists of clusters of hollow alveoli lined by a single layer of milk-secreting epithelial cells.

Each lobule continues with a lactiferous duct, which is also lined with contractile myoepithelial cells, and it opens at the nipple.

During pregnancy, oxytocin and prolactin, along with the estrogen and progesterone produced by the placenta, stimulate the growth of the milk-producing alveoli.

In turn, this makes the breasts themselves grow and prepare for lactation.