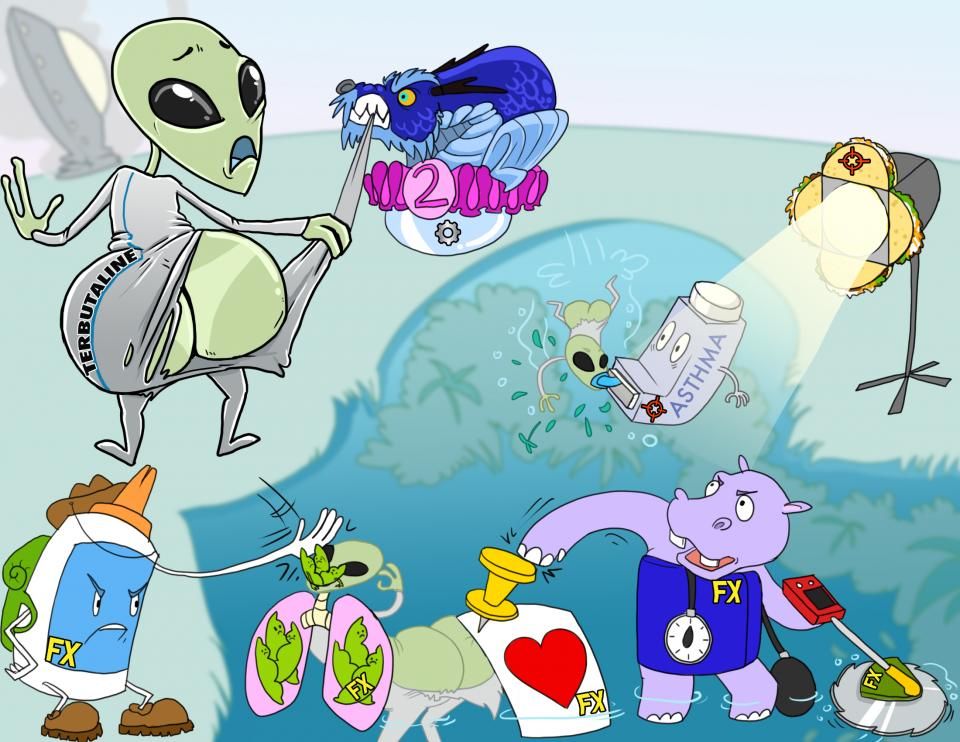 Tocolytics are a group of medications that suppress uterine contractions. For that reason, tocolytics are typically used to prolong pregnancy and delay birth after preterm labor starts before 34 weeks of gestation. Delaying labor is usually done to transfer the client to a higher health care facility if needed, or to administer medications that improve fetal outcomes, such as corticosteroids, which promote fetal lung maturation.

When tocolytics are administered, they cause smooth muscle relaxation in the uterus via various mechanisms. Both magnesium sulfate and calcium channel blockers like nifedipine block calcium channels, which inhibits the entry of calcium ions into uterine smooth muscles and thus decreases their contractility. In addition to its tocolytic effect, magnesium sulfate also has a neuroprotective effect on the preterm brain, which is more susceptible to injury. On the other hand, beta2-agonists bind to beta2-receptors located on the surface of smooth muscle cells, ultimately leading to a decrease in the level of intracellular calcium and decreasing their contractility. Finally, NSAIDs inhibit the enzyme cyclooxygenase, which normally helps to produce prostaglandins. As a result, there’s a decrease in prostaglandin levels, which ultimately results in relaxation of the uterine smooth muscle.

For beta2-agonists, side effects result from the excessive stimulation of beta2-receptors elsewhere in the body. In the heart, beta2-agonists can cause tachycardia, arrhythmias, and palpitations, whereas in vascular smooth muscles, they can lead to hypotension. Other side effects include tremors, nervousness, hyperglycemia, hypokalemia, and the development of pulmonary edema. In addition, beta2-agonists can cross the placenta to the fetus, so another side effect is fetal tachycardia. Terbutaline should not be administered if the client has known cardiac disease or poorly controlled diabetes mellitus.

Finally, side effects of NSAIDs can result from the decreased levels of prostaglandins, making the gastric mucosa more susceptible to injury by gastric acid, which can lead to gastritis and gastroesophageal reflux. Now, in regard to the fetus, NSAIDs can affect the fetal kidneys, and that decreases the fetal production of urine, which is the main component of the amniotic fluid that surrounds and cushions the fetus. This ultimately results in oligohydramnios, or low amniotic fluid. NSAIDs can also cause a premature closure of the ductus arteriosus, which is a small vessel that normally connects the fetal aorta to the pulmonary artery. This allows redirection of blood coming from the heart away from the non-functioning fetal lungs. Premature closure of the ductus arteriosus causes the blood to go directly to the fetal lungs, overwhelming them and resulting in pulmonary hypertension and heart failure.

Now, tocolytics are generally contraindicated if pregnancy continuation poses a risk on the client’s life, as in severe preeclampsia, eclampsia, intrauterine infection, and active vaginal bleeding. Tocolytics are also contraindicated before the 20th week and after the 34th week of gestation, as well as in clients with premature rupture of the membranes. Finally, fetal contraindications to tocolytics include abnormal fetal heart rate pattern, a lethal fetal anomaly like anencephaly, or intrauterine fetal death.