An investigator is studying the transcription of DNA in a mouse model.  Which of the following best describes the mRNA sequence if the DNA template strand reads 3'-ATGCATGTCA-5'? 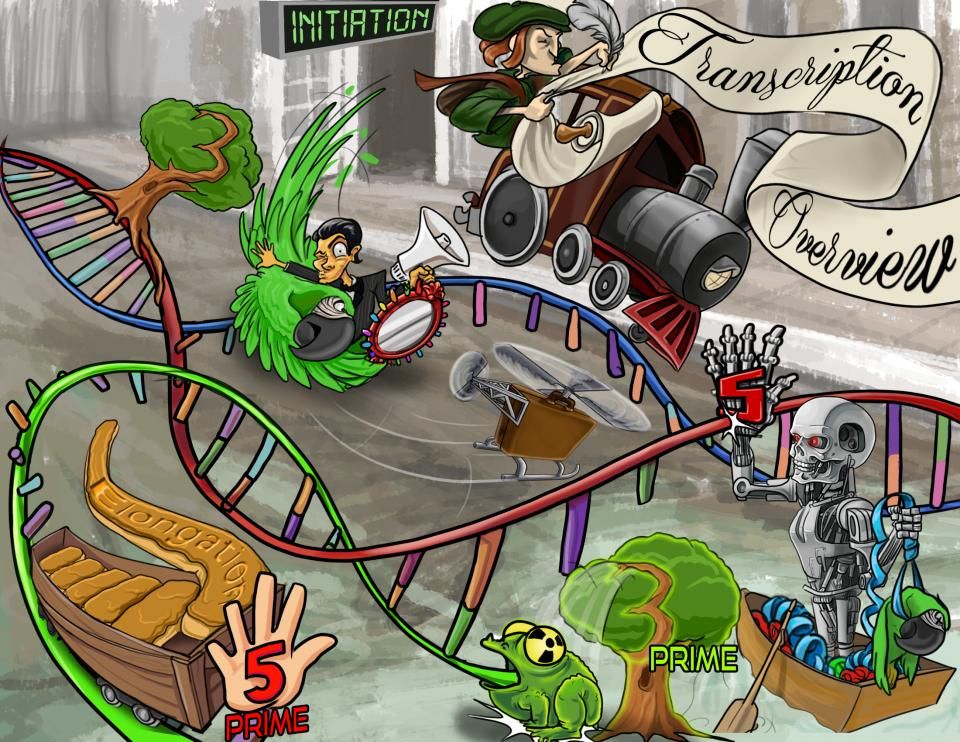 Now, DNA has two strands, which wrap one around the other to form the characteristic “double helix”.

Each single strand of DNA is composed of four types of nucleotides - which are the individual “letters” or “building blocks” of DNA.

Nucleotides of DNA are made out of a sugar - deoxyribose, a phosphate, and one of the four nucleobases - adenine, cytosine, guanine, and thymine - or, commonly, A, C, G, T for short.

The coding strand has a coding sequence of nucleotides that serves as a master blueprint for our protein.

It’s a what-you-see-is-what-you-get kind of thing.

The template strand, on the other hand, has a sequence of nucleotides that is complementary to the sequence on the coding strand.

A bit like two snakes coiled up together but facing different directions.

*Disclaimer: no cats were harmed in the making of this strand.

Now, transcription starts with the unpacking of DNA from chromatin and de-helicization - meaning that the double helix unwinds a bit so that individual genes are exposed.

The starting point of a gene is determined by a promoter region, which is a repetitive non-coding sequence of nucleotides - for example, T A T A T A T A sequence is one very famous promoter, called the TATA box - that marks where to begin transcribing.

A few dozen proteins and enzymes come together to form what’s called a pre-initiation complex around the promoter, also featuring an enzyme called RNA polymerase.

Then, a process called elongation occurs, which is where RNA polymerase unzips the two strands by shearing the hydrogen bonds between the complementary nucleotides for the length of around 14 base pairs.

This open area is within the RNA polymerase, and is called the transcription bubble.

First off, it uses a slightly different set of nucleotides, where the T is replaced by uracil, or U.

The U will normally pair with A, as T would.

Also, mRNA runs in the opposite direction compared to the template strand - so from 5’ end to 3’ end.

Summary
Transcription is the first step of gene expression, in which a particular segment of DNA is copied into RNA, particularly mRNA, by the enzyme RNA polymerase. During transcription, a DNA sequence is read by an RNA polymerase, which produces a complementary, antiparallel RNA strand called a primary transcript. The major steps of transcription include initiation, elongation, and termination.
Feedback