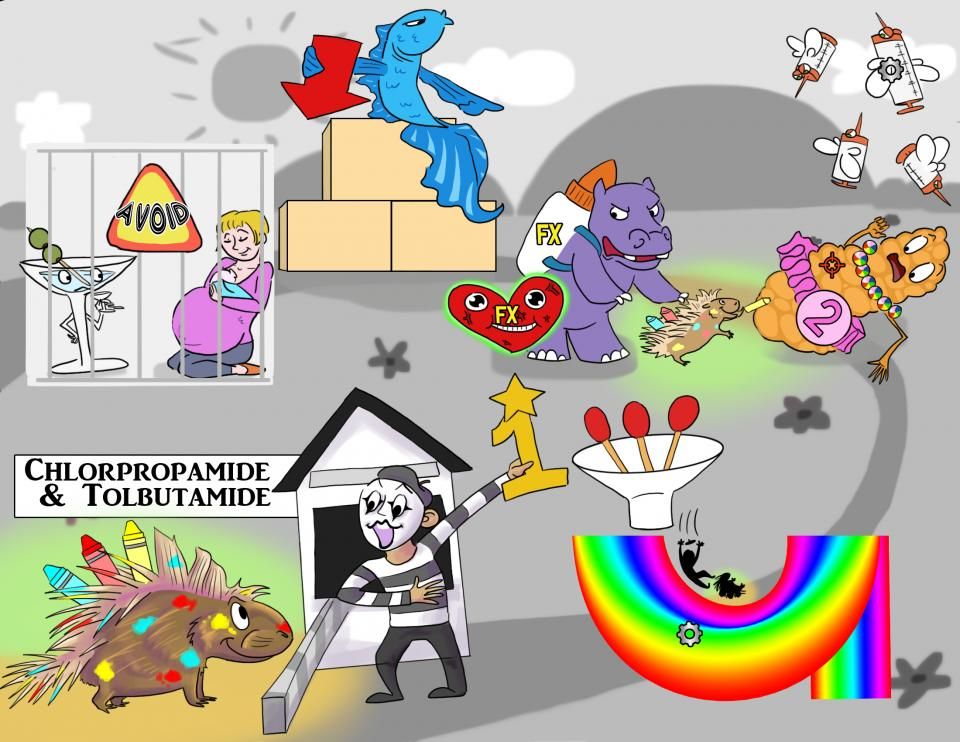 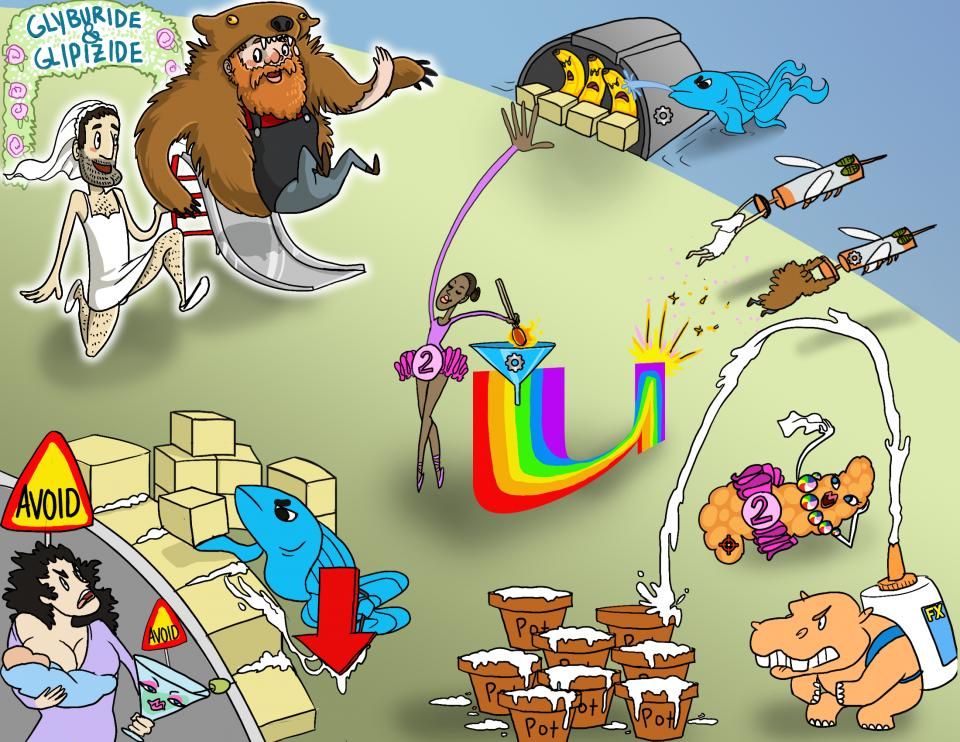 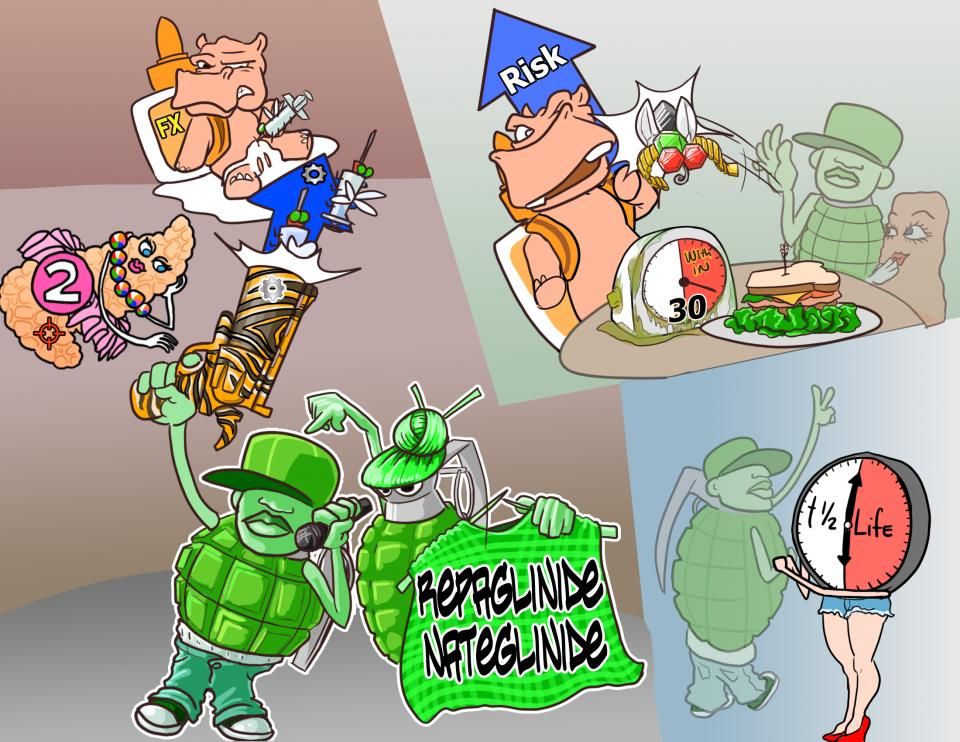 Sulfonylureas and meglitinides are medications used to treat type 2 diabetes mellitus. Type 2 diabetes is characterized by insulin resistance, which is when tissue cells have trouble responding to insulin in order to use glucose from the blood.

Now, sulfonylureas can be classified into first and second generation, and are easy to recognize because they all have the suffix -ide.

On the other hand, meglitinides have the suffix -glinide, and the most commonly used ones include repaglinide and nateglinide.

Okay, now both sulfonylureas and meglitinides are given orally and once administered, they both act on the pancreas by inhibiting ATP-sensitive potassium channels on the membrane of pancreatic beta cells.

As a result, these medications initiate a cascade of events that stimulate the pancreatic beta cells to secrete more insulin, ultimately leading to a decrease in blood glucose levels.

Unfortunately, both classes of medications can lead to side effects like hypoglycemia, as well as headaches, dizziness, fatigue. Additionally, clients report weight gain and gastrointestinal disturbances, such as nausea and vomiting.

Some clients may also experience back pain or arthralgias, and can develop a skin rash, pruritus, and even allergic or anaphylactic reactions.

Finally, second generation sulfonylureas can cause hepatotoxicity; as well as hematologic side effects, such as anemia, leukopenia and thrombocytopenia.

As far as contraindications go, both sulfonylureas and meglitinides should not be used in clients with type 1 diabetes mellitus, or those experiencing diabetic ketoacidosis or DKA.

In addition, some of these medications should be used with caution during pregnancy and breastfeeding, as well as in children or elderly clients. Final precautions for these medications include thyroid, cardiac, hepatic, or renal disease.