A 34-year-old woman with history of systemic lupus erythematosus (SLE) comes to the office because she noticed blood in her urine two weeks ago and once again four days ago. She has also noticed a decrease in urinary frequency over the past two weeks. She denies fever, chills, dysuria, or suprapubic pain. A urinalysis shows 3+ protein and the presence of erythrocytes and fatty casts. Serological testing shows the values below:

A renal biopsy is collected and shows hypercellular, inflamed glomeruli on light microscopy. Immunofluorescence (IF) staining shows the presence of granular mesangial deposits. Periodic acid-Schiff (PAS) staining shows the presence of a double layer of glomerular basement membrane (GBM). Electron microscopy shows deposits located between the endothelium and the GBM. Which of the following is the most likely diagnosis? 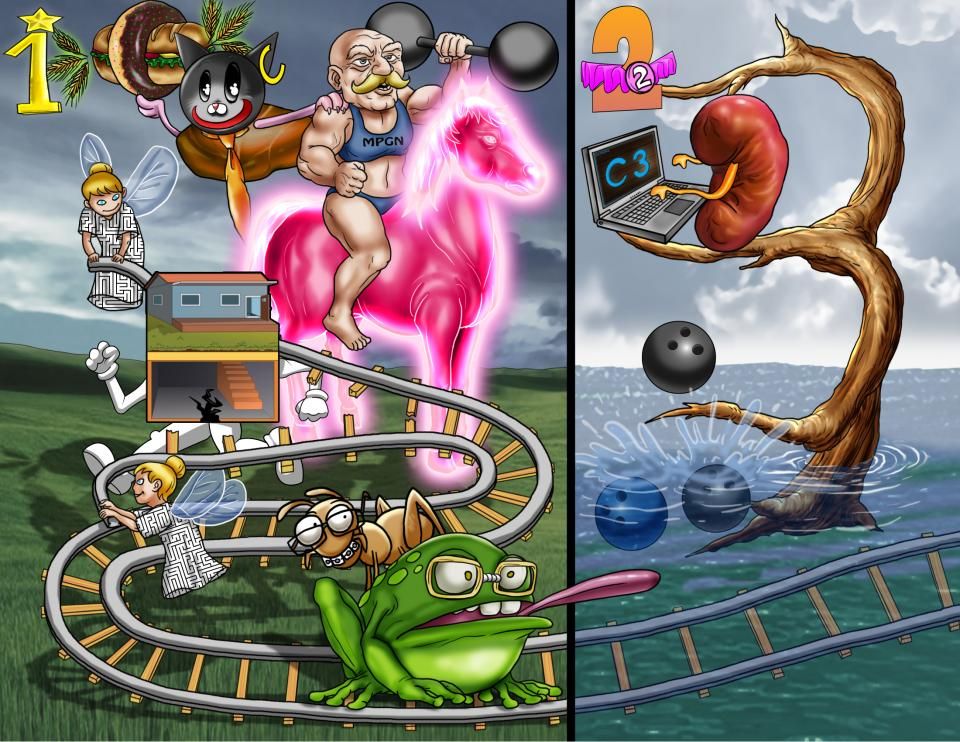 Membranoproliferative glomerulonephritis, or MPGN, is a kidney disease triggered by immune deposits which end up in the walls of the glomerulus, which are the tufts of capillaries where blood is filtered.

These deposits lead to inflammation and result in structural changes to the glomerulus, that cause a decrease in kidney function, which commonly presents as a nephrotic syndrome.

Okay so membranoproliferative glomerulonephritis is a type of nephrotic syndrome, got it. But how exactly do these glomeruli start letting plasma proteins like albumin through? Well, with MPGN, there are actually three types, so let’s go through one by one.

Type I MPGN is the most common form, and it usually starts one of two ways. The first way involves circulating immune complexes, made up of antigens and antibodies, that might form, for example, because of antigen release from a chronic infection like hepatitis B or hepatitis C which gets bound by antibody in the blood.

Over time, many of these immune complexes might find their way to the glomerulus, and they cause an activation of the classical complement pathway, leading to complement protein deposition right along side the immune complex deposits.

On the flip side, since C3 convertase usually only exists for a short time, there could also be inappropriate activation if there is an IgG antibody that actually binds to C3 convertase, which makes the C3 convertase more stable, causing it to exist for longer periods of time, which means it keeps on converting C3 to C3a and C3b. This special IgG autoantibody is called “nephritic factor” (or C3NeF), and is responsible for some of the cases of type 1 MPGN. Since in this situation there’s inappropriate activation of complement, there are no immune complex deposits with the complement deposits.

Either way, the actual mutation or autoantibody triggering all this trouble isn’t always known, but what is known, is that the immune complexes and/or complement deposits end up in the subendothelium, meaning between the endothelial layer and the basement membrane of the glomerular capillaries.