is a class III antiarrhythmic that has class I, II, III and IV effects and alters the lipid membrane.

A 75-year-old male with a heart condition decides to go golfing one hot Sunday at noon. He forgets his visor at home, but assumes he will be okay without it for a little while. He plays 18 holes and then returns to the clubhouse for a sandwich. While eating his sandwich, he notices that his face and the back of his neck are prickling and burning. In the mirror, he sees that they are also red.

Which of the following describes the drug that may have caused this reaction? 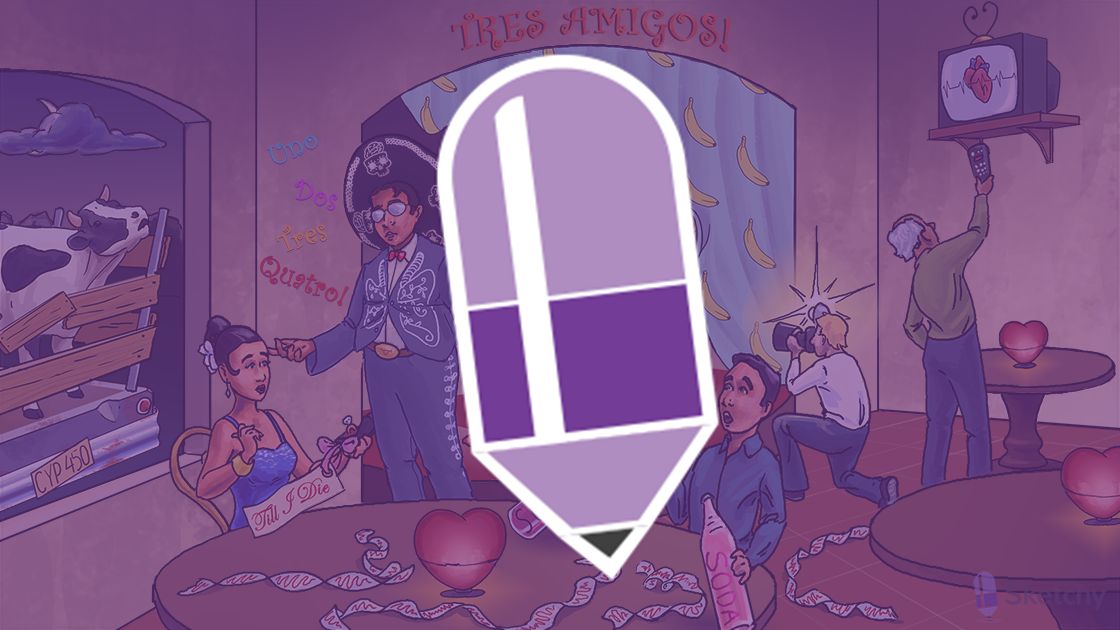 Normally, an electrical signal starts at the sinoatrial or SA node in the right atrium, then propagates out through both atria, making them contract.

When the signal doesn’t follow this pathway, we get abnormal heartbeats called an arrhythmia, and there are two main causes - abnormal automaticity and abnormal reentry.

Alternatively, there might be an accessory, or extra pathway between the atria and the ventricles, like the bundle of Kent in Wolff-Parkinson-White syndrome.

Here, the signal might move back up the accessory pathway, since oftentimes it’s bidirectional, meaning the signal can go from atrium to ventricle as well as from ventricle to atrium.

This creates a reentry circuit that causes extra contractions that occur in between the signals coming from the SA node.

Now let’s focus on a single action potential in a myocyte - it can be broken into five phases.

Here’s a graph of the membrane potential vs. time. In phase 4, which is the resting phase, the myocyte’s membrane slowly depolarizes. This is caused by the leakage of some ions - mainly calcium ions - through the gap junctions, which are openings between two neighboring cells, and that makes the membrane depolarize to the threshold potential, which marks the start of phase 0.

Phase 0 is the depolarization phase where voltage gated sodium channels open up when they reach the threshold potential, and they allow sodium to rush into the cell, creating an inward current. This rapid influx of sodium causes the myocyte’s membrane potential to become more positive.

After the membrane has depolarized, we enter Phase 1, initial repolarization. At this point the sodium channels close and the voltage-gated potassium channels open up, allowing positive potassium ions to leave the cell. This is called the outward current and the membrane potential starts to fall, and this creates a little notch on our graph.

During phase 3, or repolarization, the calcium channels close, but the potassium channels remain open, resulting in a net outward positive current. At the same time, ion pumps start to pump calcium ions back out of the cell and that causes the heart to relax.

Now, class III antiarrhythmics bind and inhibit potassium (K+) channels, which are responsible for repolarization during phase 3 of the action potential in cardiomyocytes. These channels are also called cardiac delayed rectifier potassium channels, or IKr.

So, when they’re blocked, there’s less potassium leaving the cell, which leads to a slower rate of repolarization.

Ultimately, this results in the prolonged duration of action potentials and effective refractory periods, which is the period of time that the cell is unexcitable by new stimulus. On the ECG, this shows up as a longer Q-T interval.

So, longer repolarization prevents the fast conduction of the action potential throughout the heart, which eventually leads to a slower heart rate!

But, since class III antiarrhythmics prolong the QT interval, they can trigger a type of arrhythmia called torsade de pointes, which means “the twisting of points,” because the QRS complexes seem to twist around the isoelectric line.

Common medications in this class include amiodarone, dronedarone, sotalol, ibutilide, and dofetilide.