As a French-Lebanese medical student living in Lebanon, I describe the unbearable tragedy that hit Lebanon’s capital Beirut on August 4, 2020. An unforgettable day that will forever haunt our memories…

I was studying at home with two friends of mine. As we were about to finish the last chapter of the last exam of the year, the house started dancing, swaying alternatively in both directions. But far from being a happy dance, it was a tragic one. Initially convinced that it was an earthquake, my friends and I went into survival mode and started looking for the best place to hide. It wasn’t until it stopped that we finally understood what had just happened.

A colossal explosion had just shaken the whole country. What? Where? How? Why?

After making sure that my family was safe, we turned on the news hoping to shed some light on the unfathomable. The whole country was as stunned as we were. Eventually, we found out that the burst happened at the port, and several hypotheses began to circulate.

Since we are located further from the capital, my house’s windows did not break. My family and friends were, thankfully, fine. Not being an intern yet, I was not requested to go to the hospital to help. At that point, I was still not aware of the magnitude of the damage.

Throughout the 24 hours that followed, I progressively started realizing what had taken this already-on-the-brink-of-collapse country by surprise. Atrocious would be an understatement. That explosion was indescribably terrible, in all sense of terms, for everything, for everyone.

By now, I’ve heard a lot of testimonies. Through the survivor’s eyes, the atrocity of what they lived through during that doomed August night.

The capital looked straight out of a dystopian novel. Buildings are completely destroyed, not a single window still in place. Thousands of bodies were harmed, bloodied, and injured. Amidst the confusion, people were desperately trying to make it to an already jammed hospital. For them, for a family member, for a friend, for a neighbor, or for a random stranger that they stumbled upon. Other people, terror-stricken, were looking for someone beneath the rubble, crying for help. 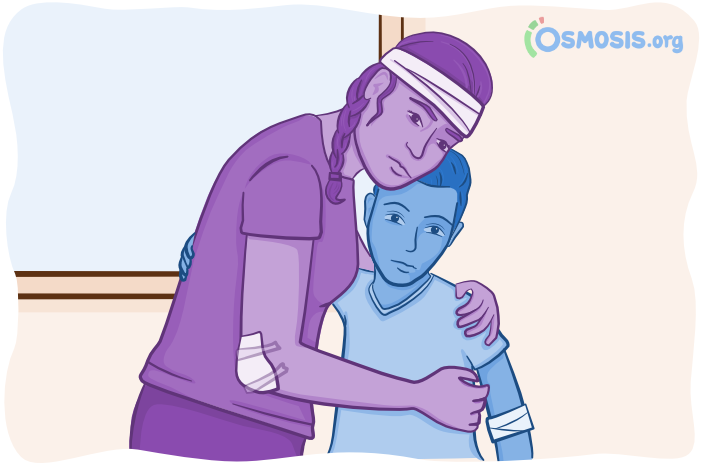 At that time, the phone lines were so busy that it made calling almost impossible. When you have to call family and friends to make sure they are alive, that’s when you understand how terrible this thing is. And while my calls were thankfully answered, some weren’t for other people. Forever.

I quote some adults that lived through war: “It is far worse than the war; we never saw that back then.” A Red Cross volunteer that I know told me he was “speechless” and had never seen that in 7 years of experience. Seemingly closer to a nuclear apocalypse than to any other situation, even the most rigid hearts wouldn’t know how to deal with the scene. They had to force their way through the corpses and the limbs and the pools of blood and the cries and the screams and the rubble and the dust and the ruins and the wreckage and the disabled people screaming for help.

At the hospitals, it was as bad as it gets. The emergency department was an overcrowded mess: patients lying on the floor or the tables, corpses covered in white sheets, people crying and screaming, blood spraying everywhere. Not a single square meter was spared. Every intern, every resident, every doctor, every nurse, every surgeon, every health care professional, was called for help. The crisis had to be dealt with, and everyone was lending a helping hand.

What allowed me to regain faith in humanity is the Lebanese people’s response to the tragedy.

In the hour following the blast, people were already offering shelter to the now homeless. Hotels opened its doors for families. Instagram pages were created for the missing people. The next day, everyone was on the streets, a mask on and a broomstick in hand, sweeping the debris. Numerous boxes of food, clothes, toilet essentials, and medications were already being distributed to victims. Medical workers, psychiatrists, therapists offered medical help and psychological support. Engineers and architects were on the field in hope of reconstructing our beloved capital. Celebrities and other loving people around the world were donating money. Every civilian was mobilized, through their own will or through NGOs. 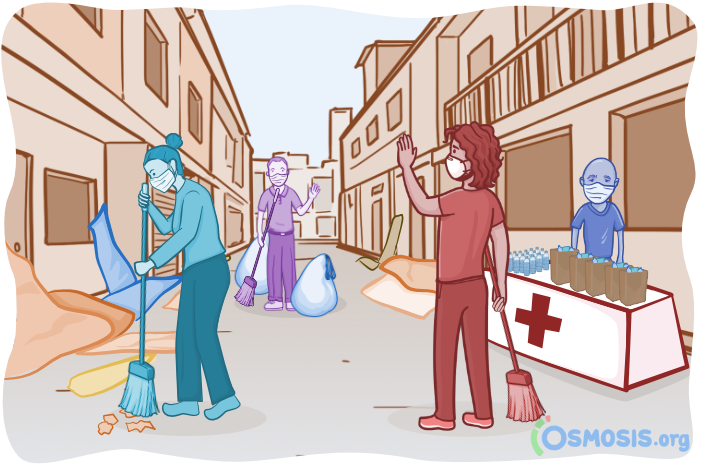 The next day I joined a group of friends, and we went to the streets of Gemmayze and Mar Mikhael that were heavily affected. We found comfort at the sight of the thousands of people doing their best to be of any use. While some of us were dusting, sweeping, collecting, lifting, carrying, and distributing food, water, and first aid kits. It was hot, it was dirty, and COVID-19 remained a threat. But no one cared. At that time, absolutely nothing could prevent anyone from helping.

My best friend’s house was completely demolished, and we spent the day helping him and his family clean up the mess. They were in desperate hope of finding any souvenirs, any objects, any personal belonging, that would still be—by miracle, intact.

The least I can say is that a situation like the Beirut explosion marks you for life. It makes you realize how life can fail you in the blink of an eye. 200+ people died, 6,000+ people were injured, and 300,000+ people lost their homes.

Beirut had been razed to the ground, and the sound of shattered glass still resonates to this day, but we shall rebuild it again, again and again. As a medical student, I will now more than ever devote my life to my country and its people knowing that WE can make a change.

Joseph Kassab is a medical student at the Saint Joseph University of Beirut in Lebanon and is currently participating in the Osmosis Medical Education Fellowship program. He is currently leaning towards a Cardiology specialty. Joseph is a French-Lebanese citizen who spent nearly all his life in Lebanon. He plans to pursue his medical career in the US and is now preparing for the USMLE® Step 1 exam. Outside of medical school, Joseph tries to enjoy the little things in life like hanging out with friends and family, watching series, or even playing video games. He is eager to learn and fancies a lot of extra-medical topics like animal wildlife, economics, and history. He is a certified tutor who dedicates a lot of his time to prepare his students for the medical entrance exam. Amidst the COVID-19 pandemic, Joseph wishes everyone health, safety, and courage, hoping these difficult times will soon be behind us.