What is It, Causes, Treatment, and More

What is Cushing syndrome?

Cushing syndrome, also called hypercortisolism, is a set of symptoms resulting from exposure to high levels of the stress hormone cortisol. Cortisol, a hormone in the body that is typically produced in response to stress, helps regulate blood pressure and blood sugar, reduce inflammation, and metabolize food.

Cortisol production and release is stimulated by a series of hormone interactions. First, the hypothalamus secretes corticotropin-releasing hormone, known as CRH. CRH stimulates the anterior pituitary gland to produce adrenocorticotropic hormone (ACTH). Ultimately, ACTH signals cortisol production of the adrenal glands, which are small glands located on top of each kidney. 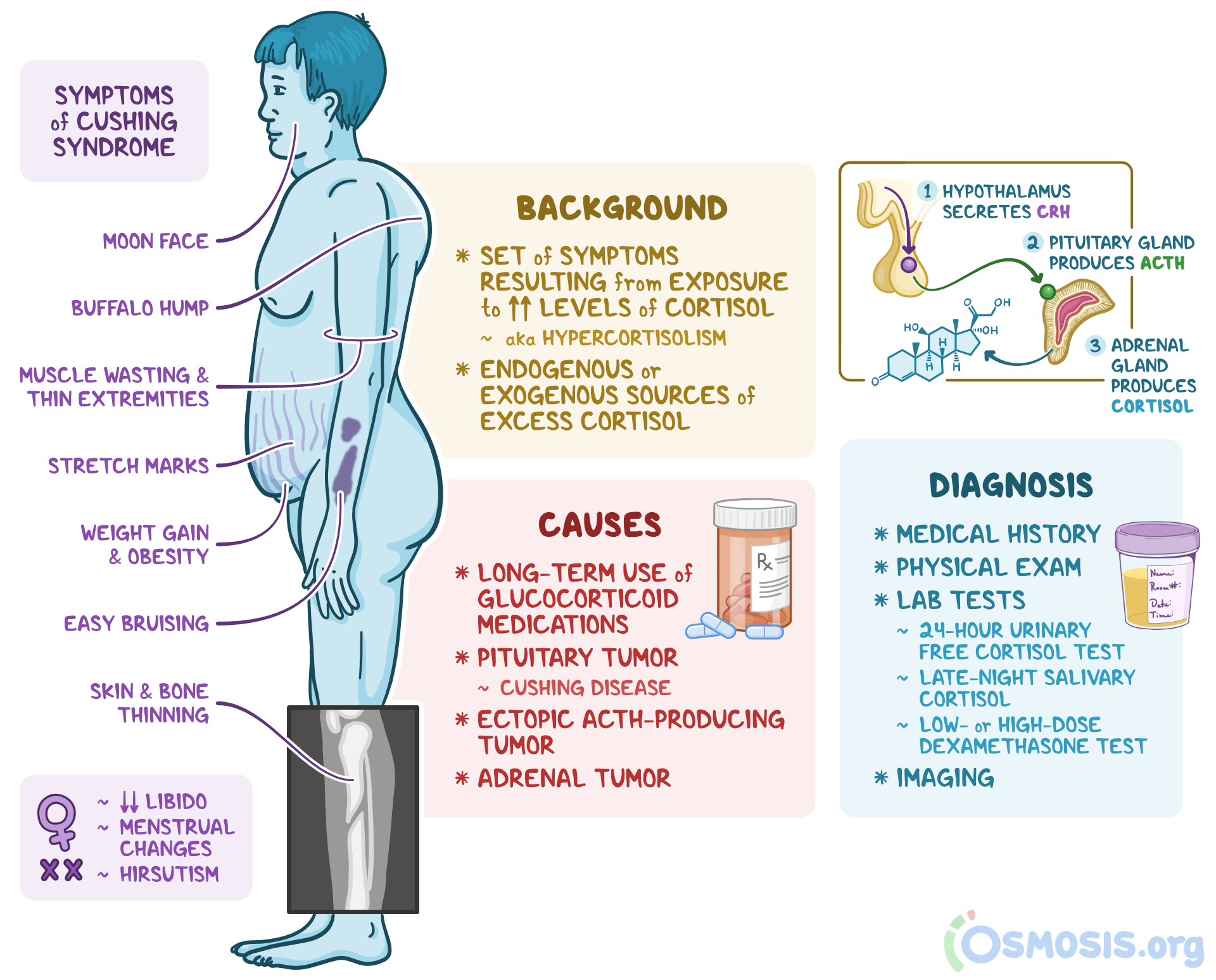 What is the difference between Cushing disease and Cushing syndrome?

There are many potential causes of Cushing syndrome. The most common cause is long-term use of glucocorticoids to treat inflammatory disorders, like asthma, rheumatoid arthritis, or lupus. Glucocorticoids resemble cortisol and, thus, can be utilized in the body as excess cortisol.

Less frequently, Cushing syndrome may develop due to a tumor that affects the hormones involved in stimulating cortisol production. Pituitary tumors that produce ACTH in excess, as seen in Cushing disease, are the most common tumor type. Sometimes, ectopic ACTH-producing tumors (i.e. tumors that secrete ACTH outside of the pituitary gland) may occur, such as in the lungs or pancreas, and are often cancerous. Cushing syndrome can rarely be caused by an adrenal tumor, which is typically benign, or non-cancerous.

What are the signs and symptoms of Cushing syndrome?

Most early signs and symptoms of Cushing syndrome are general and non-specific, including fatigue, diabetes, high blood pressure, and depression. Over time, most individuals with undiagnosed Cushing syndrome develop weight gain, leading to obesity with characteristic features, such as a moon face (i.e., a rounded face shape), a buffalo hump (i.e., a bump behind the shoulders), and thin extremities. The skin may become more frail, leading to easy bruising and stretch marks. Individuals assigned female at birth who are experiencing Cushing syndrome commonly present with decreased libido; menstrual changes; and hirsutism, or thick hair growth in unexpected areas, such as on the face or back. Rarely, individuals may also experience proximal myopathy, or muscle weakness, in the legs and arms, which may be evidenced by difficulty standing up or climbing stairs.

How is Cushing syndrome diagnosed?

Further testing, including imaging tests (e.g., CT or MRI), may be used to assess whether a tumor is the underlying cause of the individual’s Cushing syndrome. Some pituitary tumors are too small to appear on imaging and, instead, require petrosal sinus (i.e. small sinus veins that drain from the pituitary) blood samples.

How is Cushing syndrome treated?

The treatment of Cushing syndrome varies depending on the underlying cause. If the disease was caused by the use of a glucocorticoid medication, treatment typically involves lowering the glucocorticoid dose or changing the medication to another steroid class or anti-inflammatory. If the medication is lowered or changed, it will be slowly tapered to avoid adrenal crisis caused by a sudden reduction of cortisol. When Cushing syndrome results from a tumor, the tumor is often surgically removed. If surgery is not a viable option (e.g., the tumor has metastasized) or does not relieve symptoms, radiation therapy may be utilized. After a pituitary tumor is removed, about 6-18 months of cortisol supplementation will typically follow the surgery. If both adrenal glands are removed, cortisol and other hormone supplementation will be needed for the duration of the individual’s life.

Can Cushing syndrome be cured?

Most of the time, Cushing syndrome can be cured since it typically results from long-term glucocorticoid use. However, despite appropriate treatment, many individuals experience residual symptoms from Cushing syndrome, including muscle weakness or cognitive impairment.

What are the most important facts to know about Cushing syndrome?

Quiz yourself on Cushing Syndrome 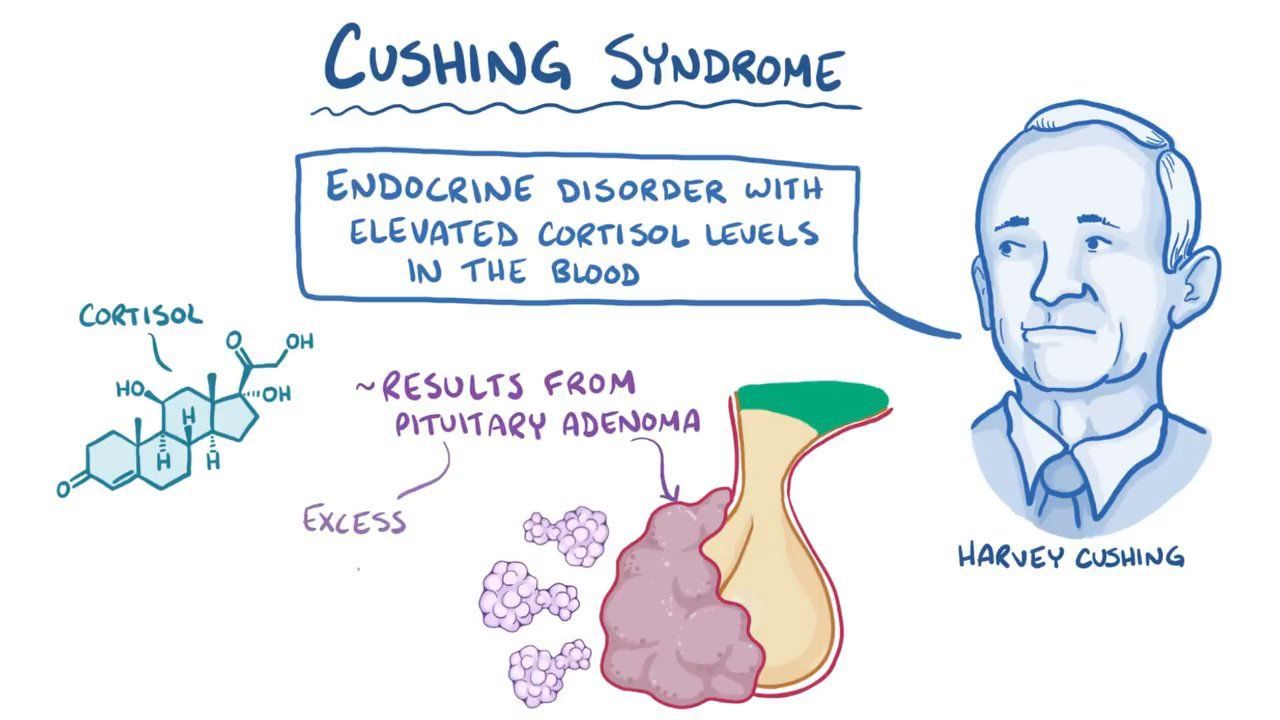 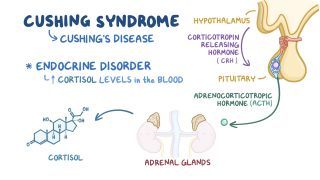 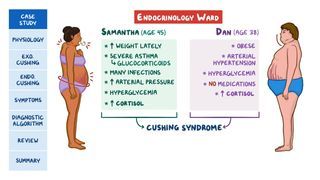 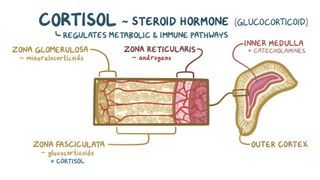 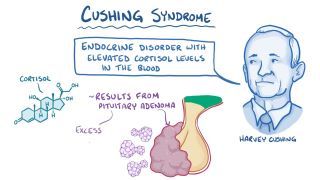